Follow up to “So you think we’re in a recession as of beginning August”…and rejoinder to those who believe we’ve already been in recession for a while. 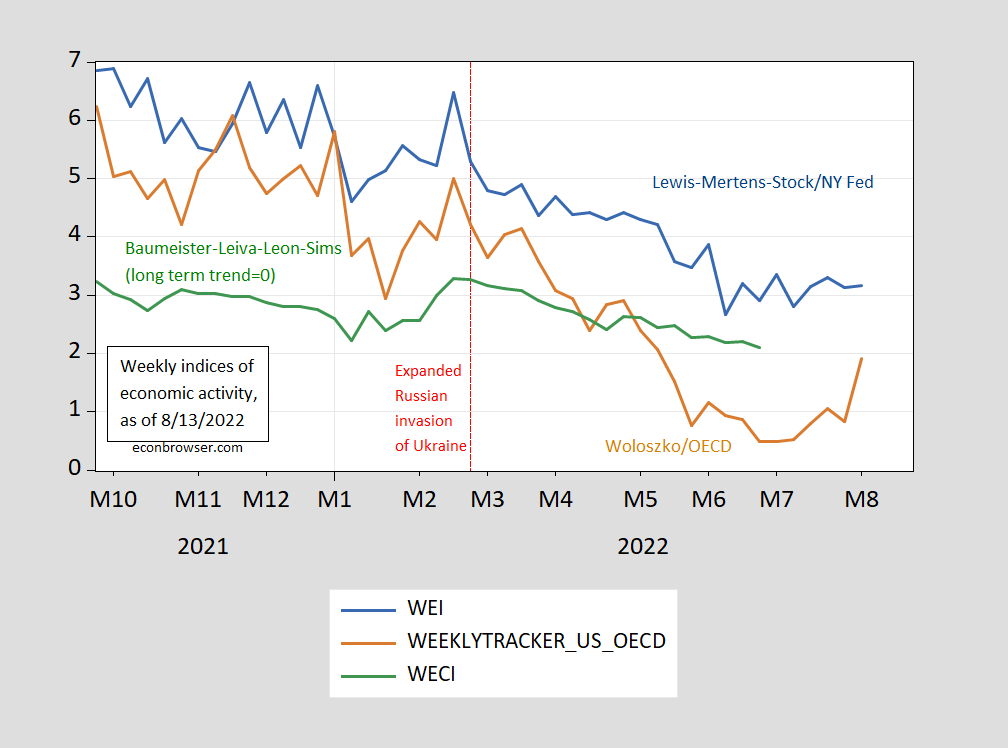 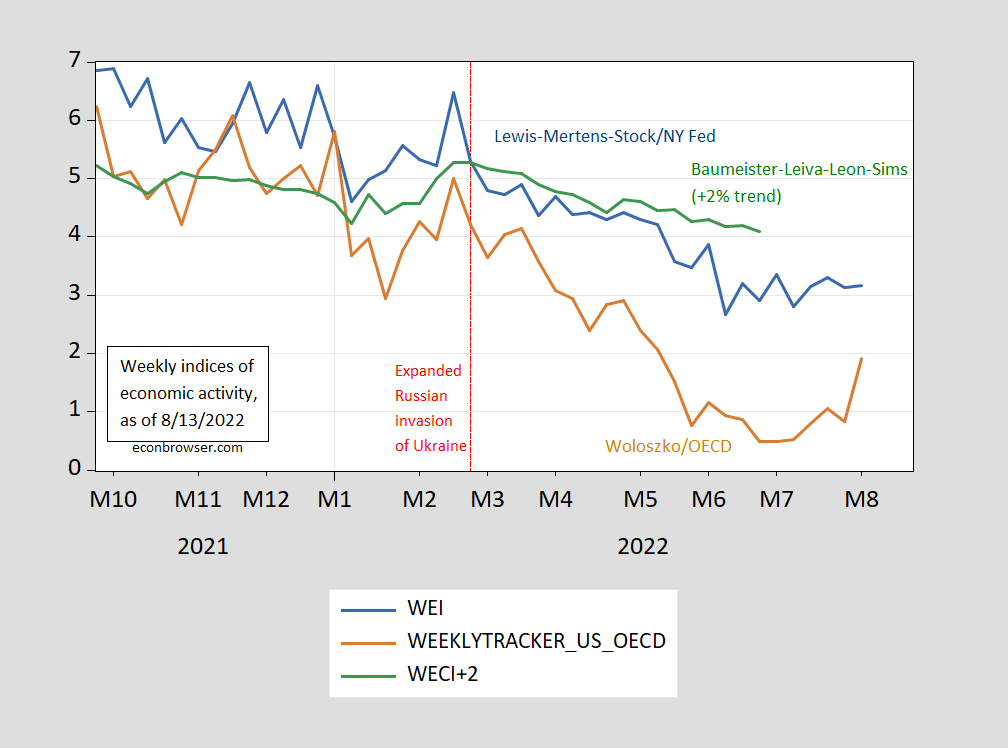 The summary is that the WEI (10 components) indicates continued strong growth through 8/6. The OECD Weekly Tracker, based on Google Trends and machine learning, suggests a slowdown in May-July 2022 (but no negative readings). Baumeister et al. WECI (based on 25 indicators) after adding in a trend shows a similar pattern to the WEI (comparison is shown in appendix to Baumeister et al.)

How did these series interpret the developments during the last recession (Unadjusted WECI shown below). 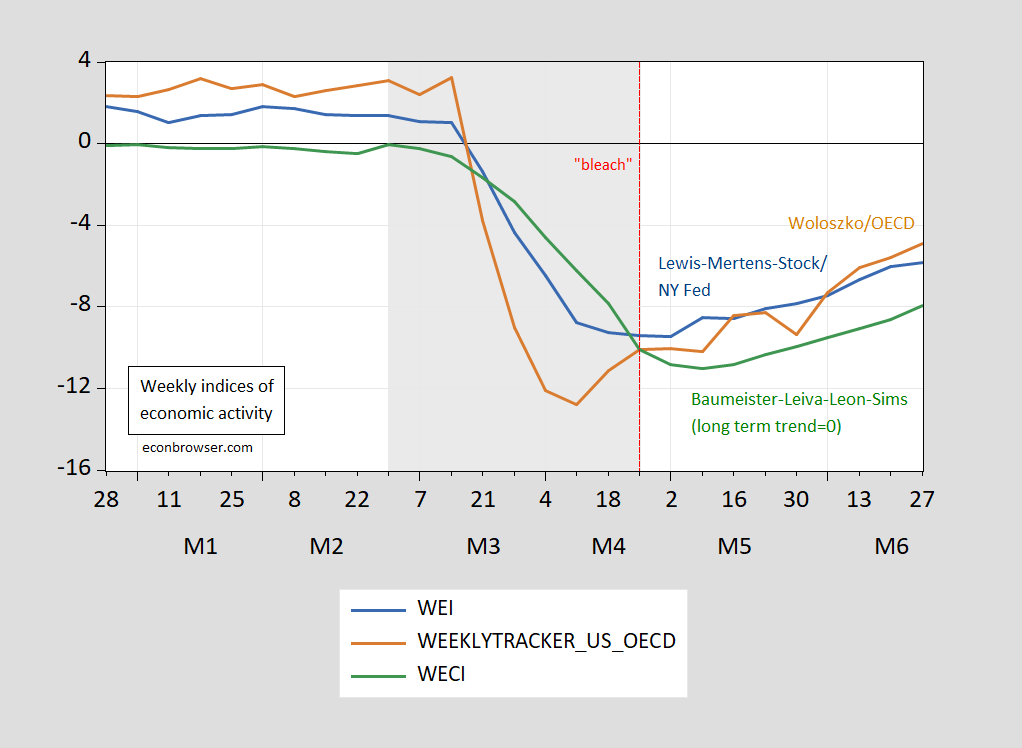 The foregoing suggests that as of 8/6, the US is not in a contracting state, as summarized by various underlying macro indicators.