Recession coming? Or is it already here? Here’s a picture of the UK yield curve as of today, a month ago and 6 months ago: Here are the time series for two popular term spreads, the 10yr-3mo and 10yr-2yr: 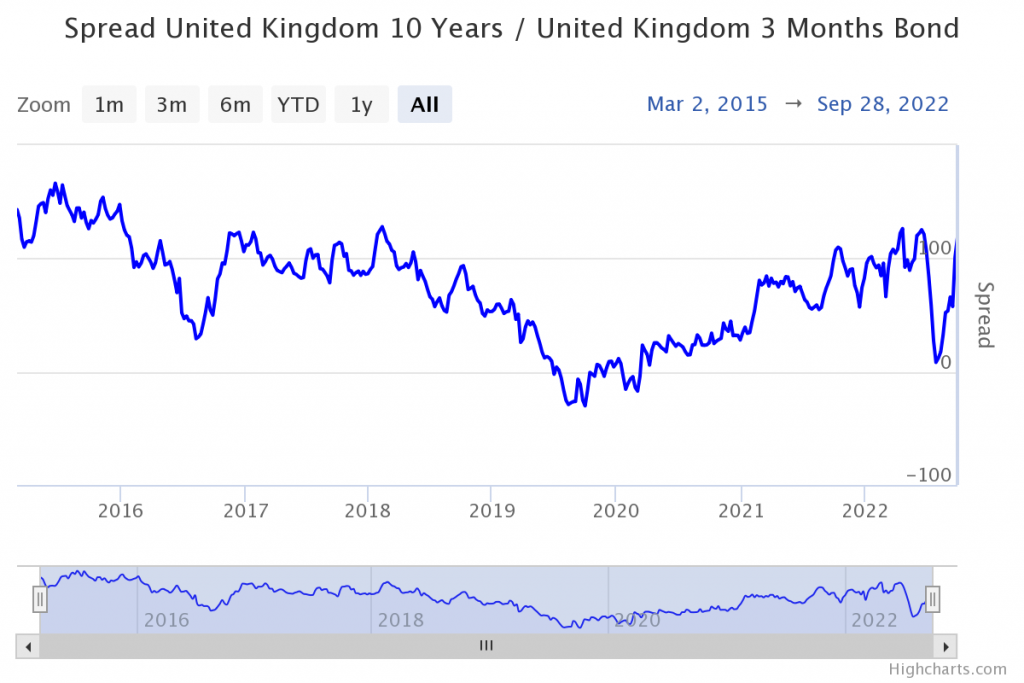 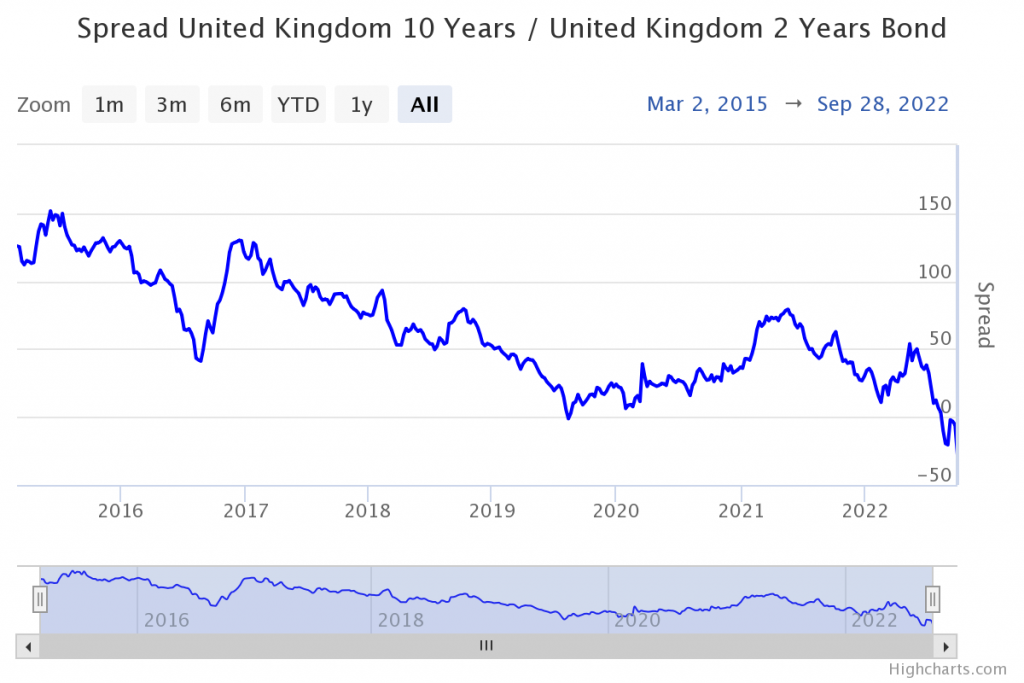 The 10yr-3mo and 10yr-2yr spreads came close to inversion in July — within basis points. However, for the UK, it’s not clear what inversions mean for economic activity and/or recessions. Chinn-Kucko (2015) did not find a strong relationship for the UK. In an updated sample running through 2022M08 (and assuming a recession did not occur as of 2022M08), I find a statistically significant role for the 10yr-3mo term spread, with McFadden R2 of 0.32. The blue line indicates the recession probability implied by a plain vanilla probit model, using the 10yr-3mo (interbank) spread unaugmented. A very low probability is ascribed to the 2020 recession, using this simple specification. However, the results are quite sensitive to the inclusion of a time trend (the coefficient on which is statistically significant). The time trend augmented model, with a McFadden R2 of 0.44,  predicts recessions with greater accuracy, although it mistakenly indicates a 1999/2000 recession (mistaken, insofar as ECRI is concerned).

Still, even the augmented regression implies only a 12% probability for September 2022. In contrast, the think tank NIESR called a recession on August 12th, based on GDP movements.

1 thought on “Yield Curve Inversions in the UK”