It was five years ago that the ARRA was passed…and thence arose a fierce storm of criticisms, ranging from the idea that the stimulus would occur after the recovery was complete (e.g., Ed Lazear), to the Treasury view (government spending would crowd out completely private spending, e.g., Eugene Fama). Time to take stock. The Council of Economic Advisers has released its last report on the ARRA, and other stimulus measures, discussed in a blogpost by CEA Chair Jason Furman.

First, the estimated impact on GDP of the ARRA and other fiscal measures, relative to baseline: 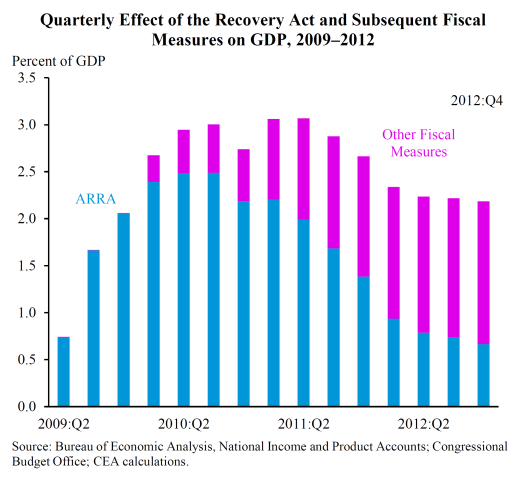 The concept of “relative to baseline” is one of the most mis-understood and disparaged concepts, usually by people without an economics background. I am thankful that at least professional economists who were critics of the ARRA (e.g., John Taylor) understood and used the concept of the counterfactual.

The estimated impact on GDP from the CEA, and the high-low range from the Congressional Budget Office, is shown in Figure 5 from the report. 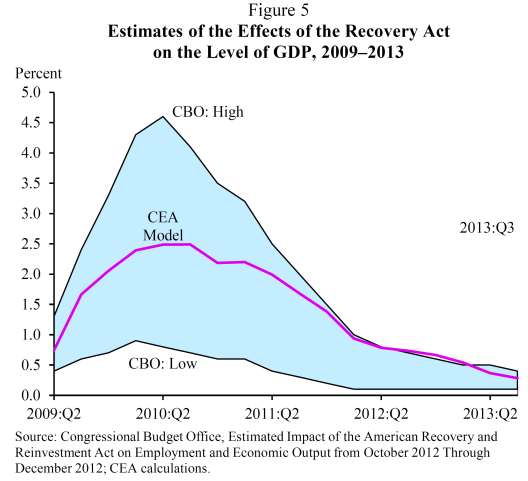 It is of note that professional/business sector economists, who do not have a political axe to grind, and the CEA have a similar perspective on the impact of the ARRA. 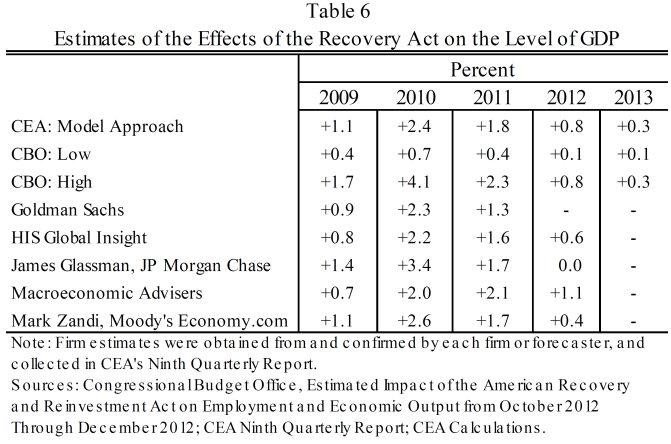 See also the views from the bloggers in the Kaufmann survey and business economists in the WSJ survey. All the respondents might not have believed the stimulus package was a good idea, but almost all agree there was a positive impact on GDP and employment from the ARRA.

CEA Chair Furman discusses the main points of the report in his post (h/t The Hill’s On the Money blog). Here is Calculated Risk‘s take. 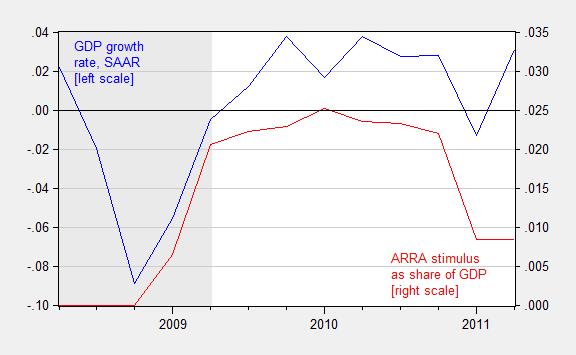 14 thoughts on “The American Recovery and Reinvestment Act at 5”