What do recent developments in Iraq imply for the price U.S. motorists should expect to pay for gasoline?

For the last two years I’ve been using a simple summary of the long-run relation (sometimes described as a “cointegrating relation”) between the U.S. retail price of gasoline and the price of crude oil. The relation implies that a $10 increase in the price of a barrel of Brent crude oil is typically associated with a 25 cent increase in the average U.S. retail price of a gallon of gasoline. The relation only captures the long-run tendency, and leaves out seasonal factors that for example brought the price of gasoline temporarily lower this last winter. But since this spring U.S. gasoline prices have moved back in line with what you’d expect given the long-run fundamentals. 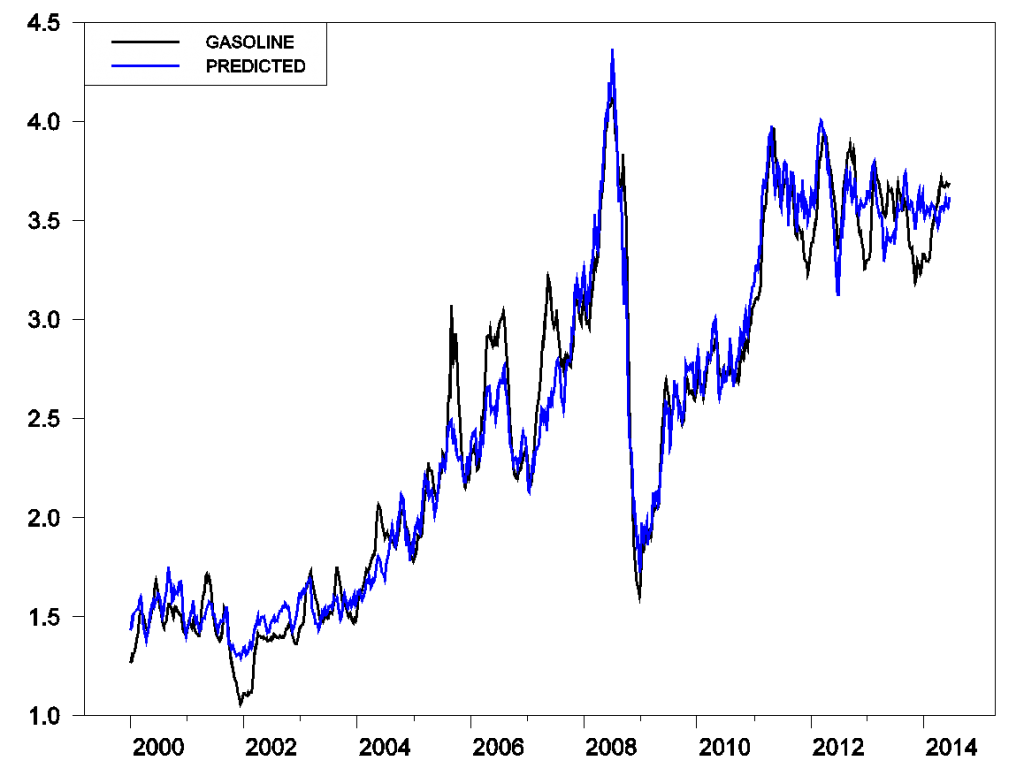 Here’s a little calculator courtesy of Political Calculations that you can use to get the predicted gasoline price plotted in blue in the graph above. Just enter the current price of Brent to see the implied long-run gasoline price.

And here's a self-updating reference to the current Brent price, which you could use if you come back to this page to update the above calculation. Brent moved up last week to about $115/barrel, consistent with an average U.S. retail price for gasoline of $3.71/gallon, just a little above its current value. So based on what has happened so far to the price of crude oil, I would not expect more than a minor further increase in the retail price of gasoline.


Using the above 25-cent rule, even another $10 increase in the price of crude (bringing Brent to $125/barrel) would still only imply a gasoline price of $3.96/gallon, close to the price we were paying two years ago.

But the bad news is that if the conflict spills over into the major oil fields in the southern part of Iraq, oil would be headed much higher than $125/barrel.