Mario Draghi signaled at least 700 billion euros ($906 billion) of fresh aid for his moribund economy and left a fight with Germany over sovereign-bond purchases for another day.

Draghi gave few details on the size or nature of the ABS plan, saying the “modalities” of the program will be announced in October. The ECB will initially target the less-risky segment of the market, which collapsed in the wake of the financial crisis after being criticized by politicians and regulators for being opaque. The ECB may consider buying more-risky versions if governments provide a guarantee.

“We want to make sure that these ABS are being used to extend credit to the real economy,” Draghi said. The measures “are predominantly oriented to credit easing.”

Weidmann, who has clashed with Draghi before over the need for stimulus, opposed the policy measures, according to two euro-region central bank officials. A Bundesbank spokesman declined to comment. In July, the German central-bank head called ABS purchases “problematic” and warned against supporting bank profits while socializing the losses.

Commerzbank AG economist Joerg Kraemer said there is still a 60 percent probability the ECB will eventually buy government bonds should its forecasts deteriorate.

One measure of the degree to which this announcement signals a looser monetary policy is indicated by the intra-day movement in exchange rates. 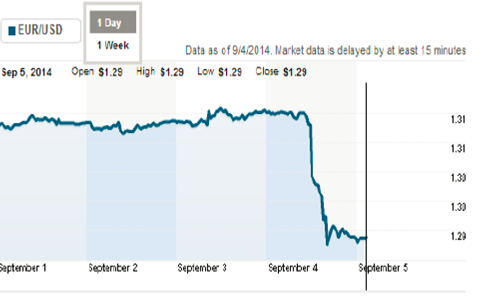 Context on the magnitude of the move is provided by reference to a longer time span — in this case, year to date. 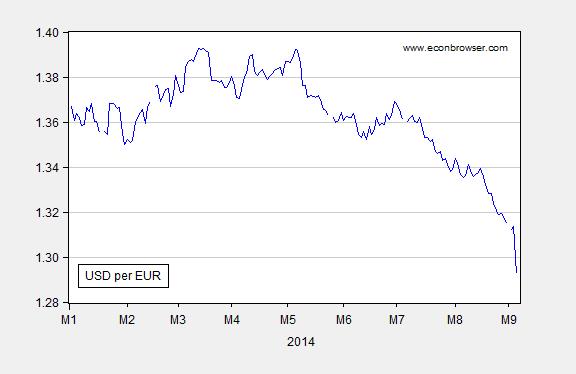 The drop against the dollar day-on-day was 1.6% (log terms), where the standard deviation of changes during the year-to-date was 0.3%. Update 9/7: this depreciation shows up in the trade weighted exchange rate as well. 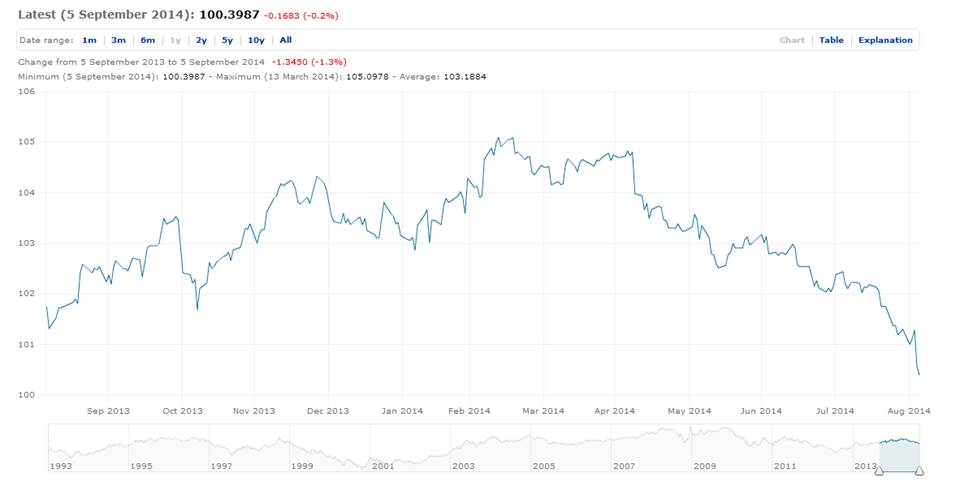 Figure 2a: Trade weighted value of the euro, over the last year. Source: ECB.

All I can say is that this measure is long overdue, given the sad state of Euro area economic growth, and the troubling deceleration in inflation, now at 0.3%. 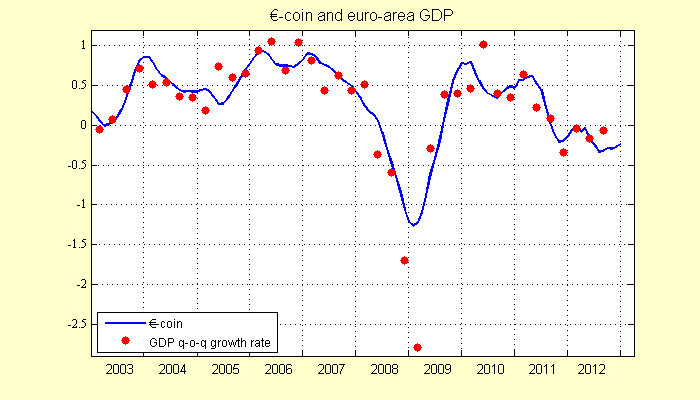 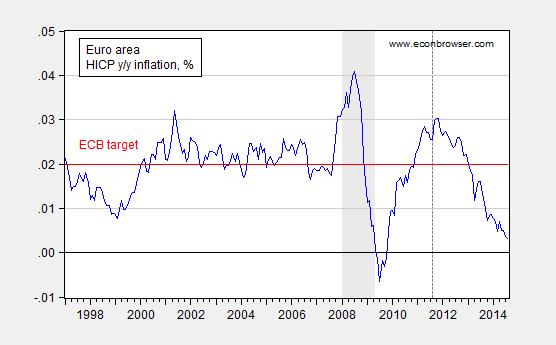 The ECB wants to expand its balance sheet by EUR1trn, but the question is if they can find enough ABS and covered bonds to buy, see also the chart below. The direct impact on economic activity of balance sheet expansion is very limited. Instead, the main transmission channel of monetary policy here is via a depreciation of the euro. Expect EUR/USD to continue to grind lower, this is good for European exports and for European inflation and hence also for the ECB. 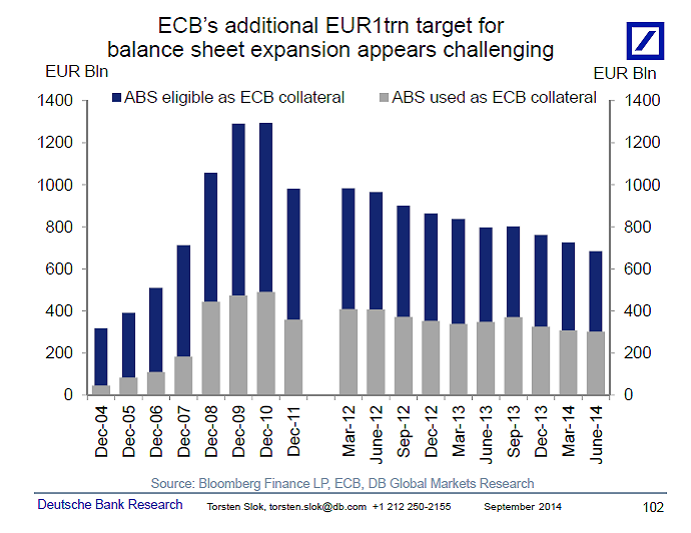