The rouble tumbled on Wednesday after Russia’s central bank effectively abandoned the trading corridor for the currency, halting the multi-billion dollar daily interventions that had propped it up through sanctions and plunging oil revenues.

Figure 1 shows the collapse in the rouble, even as the central bank’s overnight repo rate has been raised. The drop occurs as forex intervention is capped at $350 million/day. 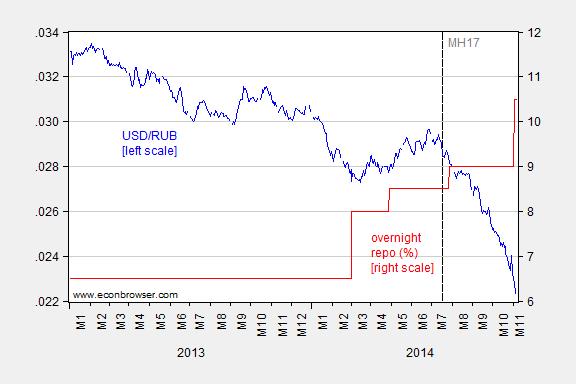 Figure 2 depicts the decline in foreign exchange reserves, as capital outflows have increased and the current account balance has deteriorated. October figures are not out yet. However, press reports indicate $29 billion was spent in forex intervention in October. If the private balance of payments was zero, then reserves ex.-gold would be about $280 $380 billion (indicated by the +). 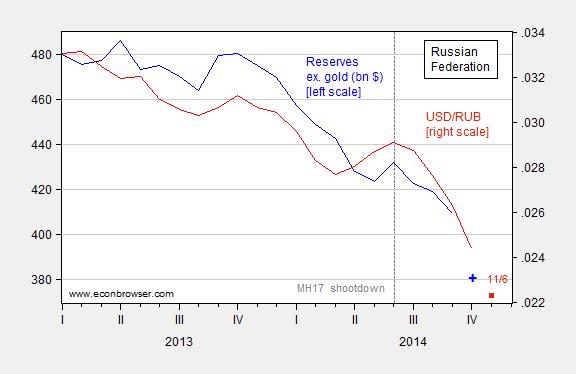 The depreciation of the rouble has already had an effect (along with Russian counter-sanctions). Inflation in the year ending in October was 8.3%, while food price inflation was 11.5% through September.

For more on sanctions and the Russian economy, see this post.

12 thoughts on “Rouble Floats, and Sinks”