As does the fiscal experiment. 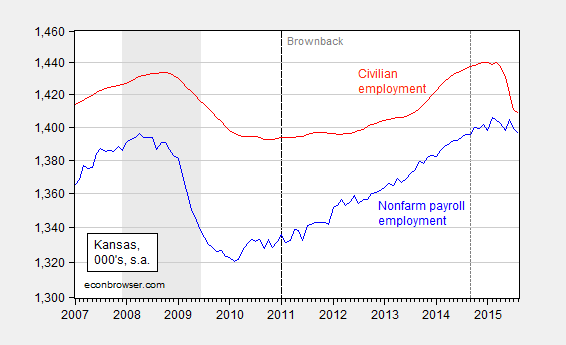 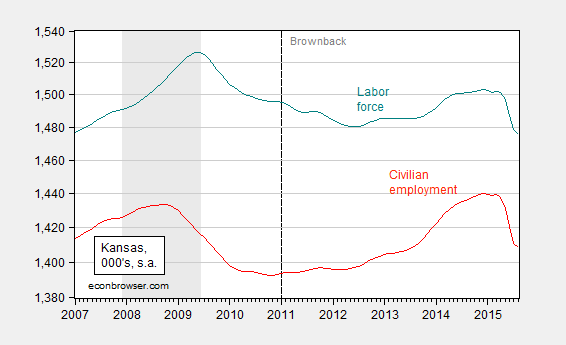 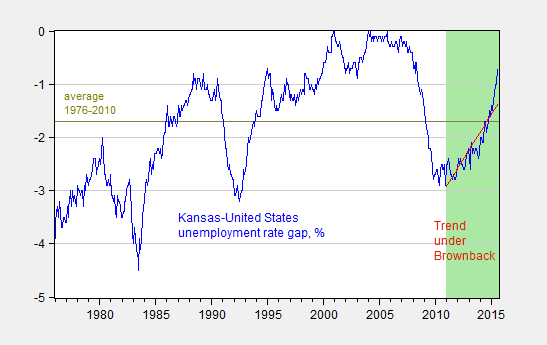 Update, 9/21: As noted here, the Kansas Governor’s Council of Economic Advisors’ reports are no longer being posted online.

The postings stopped during last year’s statewide elections, with the council’s director saying it was “the subject of careless scrutiny.” A representative of the Kansas Department of Commerce said the IKE reports were dropped because they were viewed as a comprehensive overview of the state economy, rather than a snapshot of indicators. The public can request a copy of the report, he said.

Julian Silk conjectures that the collapse is partly driven by the drop in mining and logging activity. This might be true qualitatively but does not seem quantitatively important. See the Figure below. 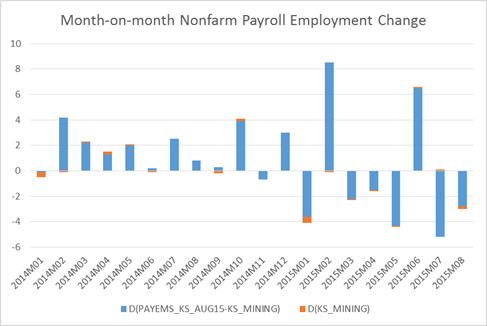 Figure 4: Change in employment in Kansas mining and logging (orange) and in rest-of-nonfarm payroll (blue). Source: BLS and author’s calculations.

8 thoughts on “Kansas: The Collapse Continues”