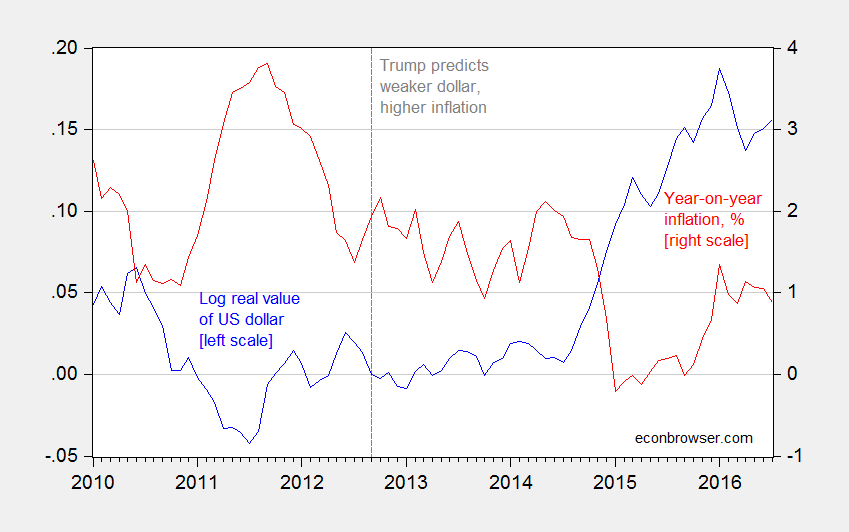 If it’s not obvious, these predictions did not come to pass. Hence, Trump is in the company of Representative Ryan, John Boehner, and Ron Paul, among others.

24 thoughts on ““The dollar will go down in value and inflation will start rearing its ugly head,””