There is widespread belief that Abenomics has led to no increase in output in Japan. It therefore seems useful to examine the data.

Figure 1 shows real GDP normalized to 2012Q4 — just before the initiation of Abenomics — over time. 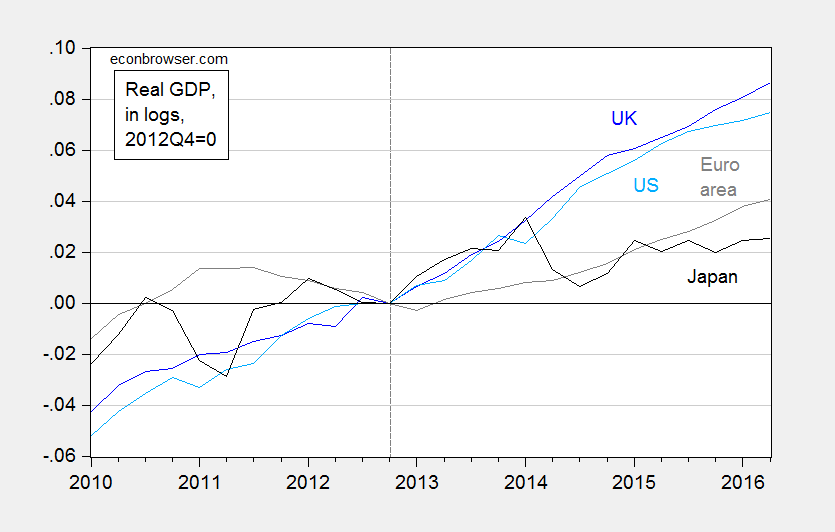 Looking at aggregate real GDP seems to confirm lackluster performance in Japan, relative to other major economies — although it must be noted that Japanese GDP is 2.5% higher than it was in 2012Q4 (in log terms), which has occurred against a backdrop of elevated fuel imports due to closure of nuclear reactors, a big consumption tax hike, and the slowdown in China.

One important factor is that needs to be taken into account is population — particularly since population growth lags substantially in Japan. Per capita GDP presents a different picture.

Since the series are normalized to 2007, rather than 2012, it’s hard to see what the comparative performance looks like. Japanese per capita GDP has risen 2.3%, which is less than the United States’ 4.0%, but more than the Euro area’s 1.3%.

For more, see The Economist.

3 thoughts on “Interpreting Performance: Japan since 2012”