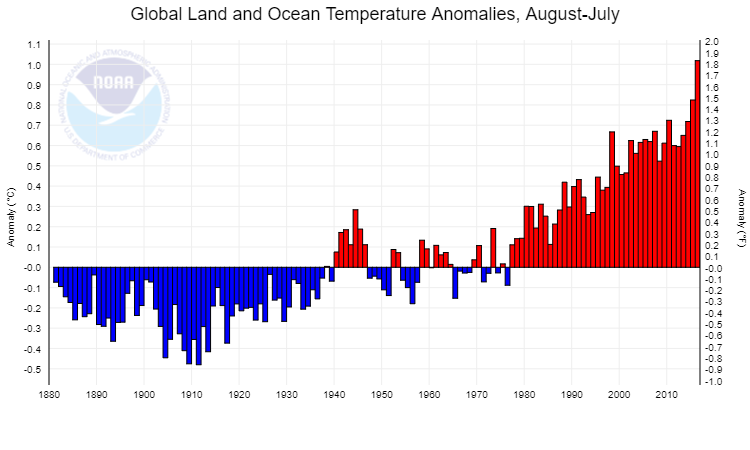 And here is temperatures for land only: 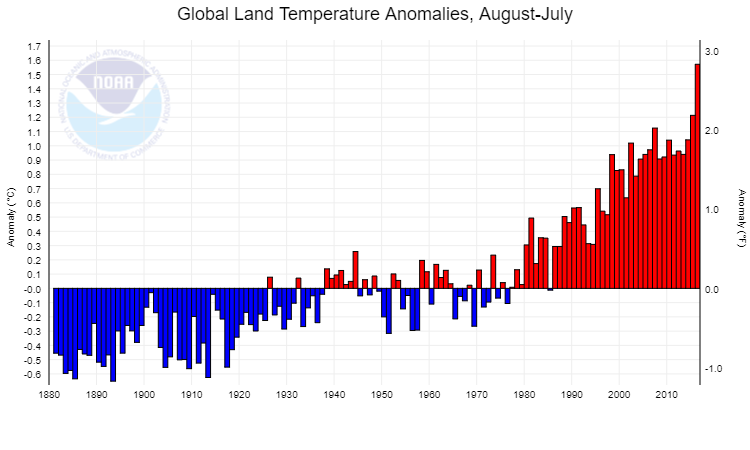 My guess: some people will only believe temperatures are rising when their flights are delayed or cancelled because it’s too hot for planes to take off…