As I was compiling background notes for the new semester, I found the current level and trend in the term spread of interest. 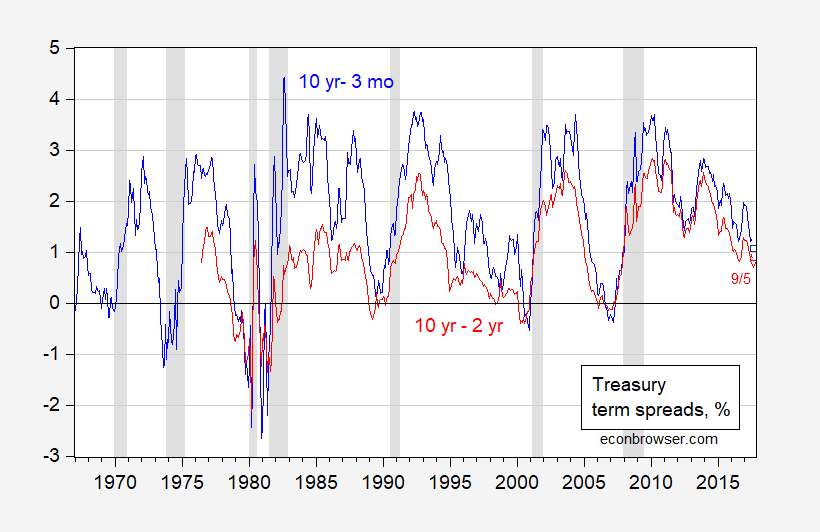 Using a specification without the level of the short rate included leads to a slightly higher probability, 14% or so.

The detail is also interesting. The spreads are smaller than they were in October 2016. 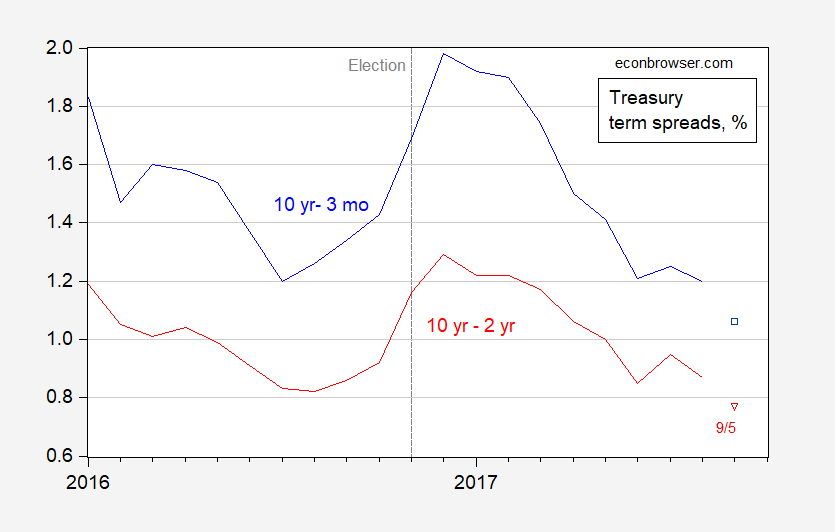