In a previous post, I documented the fact that the Fama puzzle had transformed post-global financial crisis, so that for most currency pairs, interest rate differentials pointed in the right direction for subsequent exchange rate depreciation, from 2006 through end-2015 (Bussiere, Chinn, Ferrara, Heipertz (2018)). Here I show that the new puzzle persists through the end of 2017, a period when US interest rates were rising. 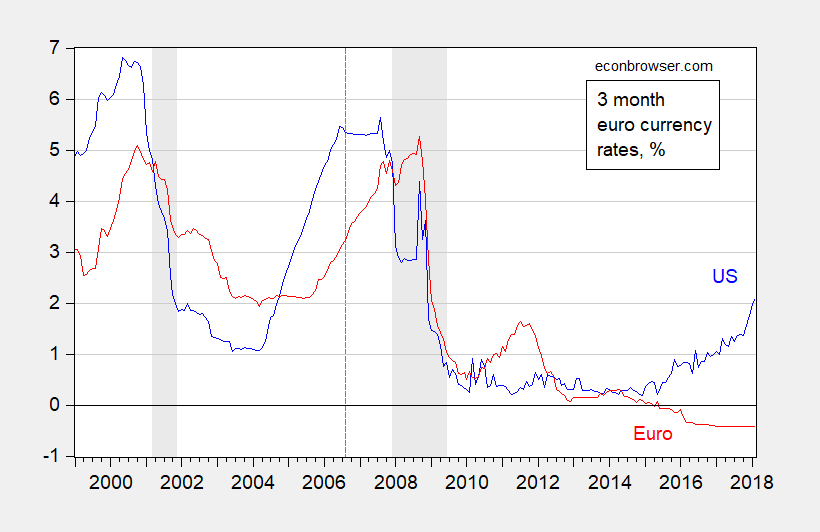 If one estimates the Fama regression, 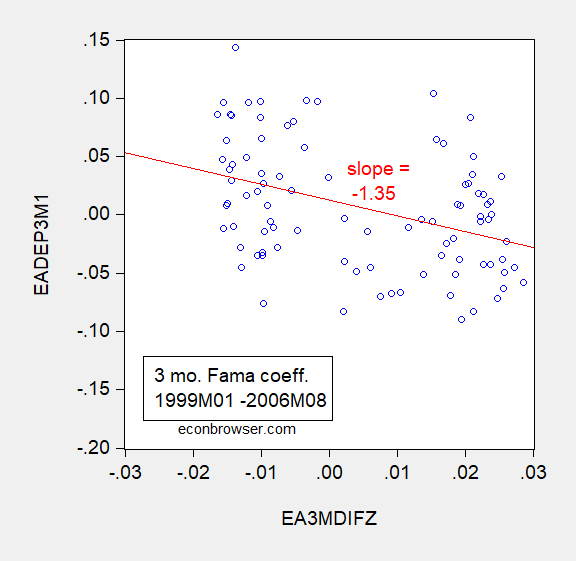 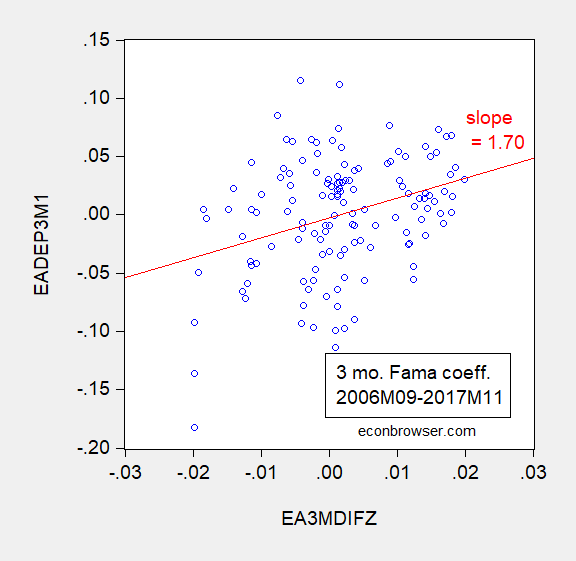 In the latter period, the slope coefficient is statistically significantly different from zero, but not unity. One salient question is whether the puzzle has persisted in the post-ZLB period. As we noted in our paper:

… a formal decomposition of deviations from the posited value of unity in the Fama regression indicates that the switch in signs from pre- to post-crisis can be attributed to a large extent to the switch in the nature of the co-movement between expectations errors and interest differentials. This finding implies that the change in the Fama coefficients is not necessarily a durable one.

To answer this question, I truncate the sample to start with 2015M01. This results in the following figure. 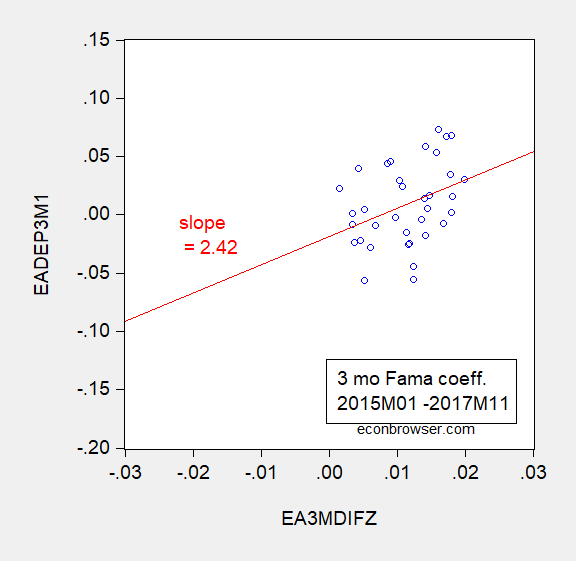 The point estimate is again positive, and not significantly different from unity. In other words, the new Fama puzzle has persisted into to the post-ZLB period. Whether the durability of the new puzzle is due to the persistence of the switch in the correlation between forecast errors and interest differentials, as documented in our paper, remains to be seen, as that requires extended data on market expectations as proxied by survey data.