Reader Bruce Hall, commenting on the focus on mass shootings and semi-automatic weapon use, remarks:

The focus on the AR-15 is illogical.

Count data suggest an increasing frequency of mass shooting attacks using semi-automatic rifles (including those using modifications to emulate automatic fire). Statistics below omit events relying solely on semi-automatic handguns (and other handguns, rifles, shotguns) over the past ten years. 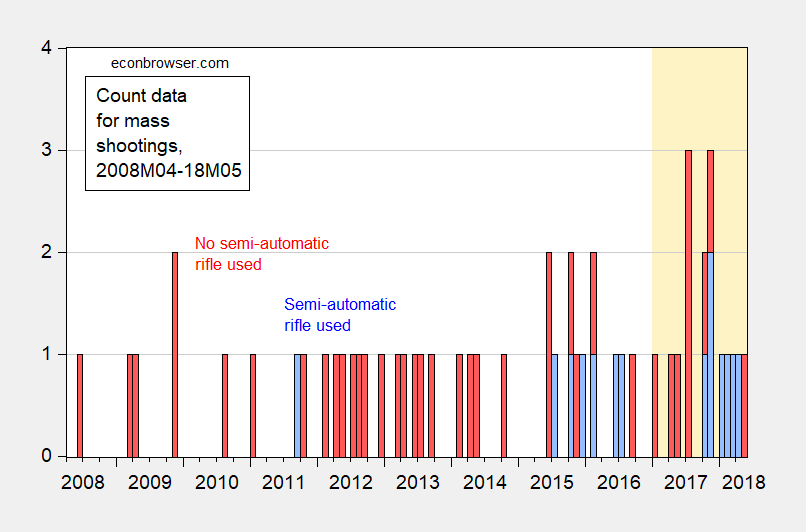 The proportion of fatalities associated with attacks using semi-automatic rifles over the past ten years has risen to 44.7% of total mass shooting fatalities. The corresponding figure for injuries has risen to 80.% These trends are illustrated in Figure 2. 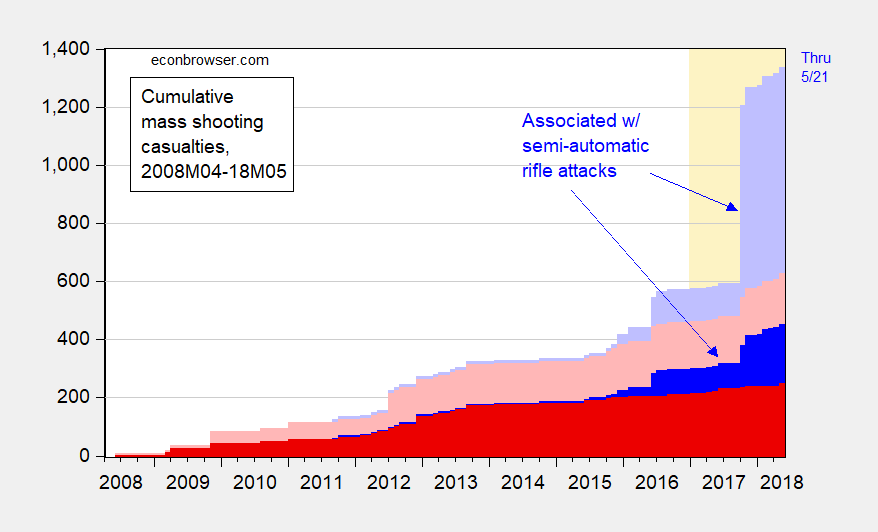 93 thoughts on “Incidences and Cumulative Mass Shooting Casualties Associated with Use of Semi-Automatic Rifles: The Last Ten Years”