i think you’re putting too much weight into too few observations.

Some things to make your analysis more convincing 1) show the if predictive accuracy increased with a trump dummy OUT OF SAMPLE or 2) try placing the ‘trump dummy’ variable a few months before or a few months after and see if that changes the coefs. i doubt you’ll see much of an effect. 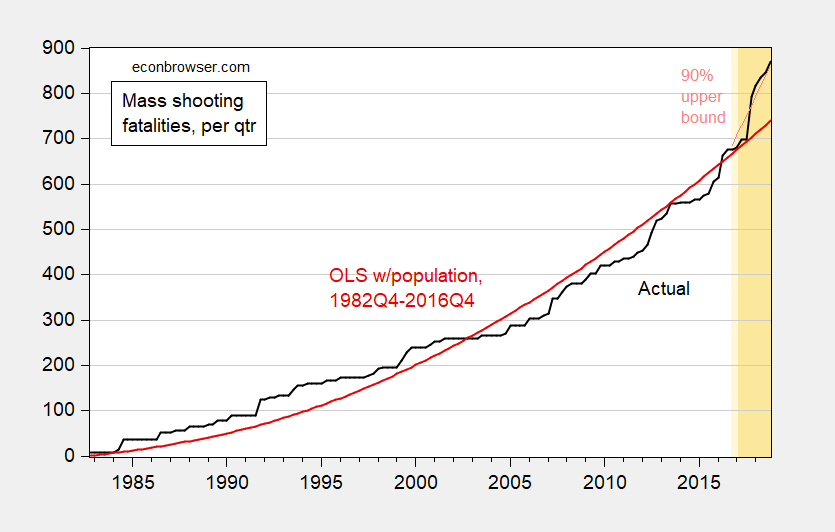 In other words, out-of-sample prediction suggests an important and statistically significant Trump effect (taking into account the fact the population is an included trend variable, and that inclusion of a deterministic trend usually leaves unchanged the Trump coefficient, as discussed in this post).