And we are less than one-third of the way through November.

Cumulative casualties seem to be rising at a faster and faster pace. 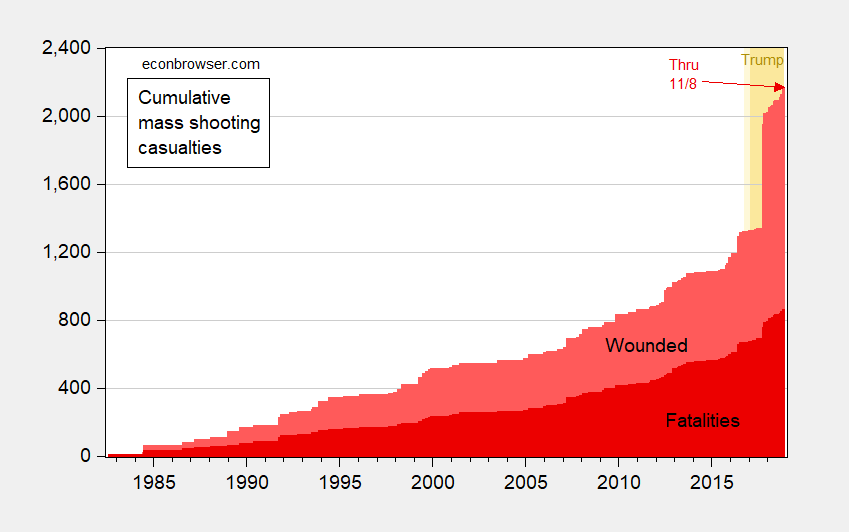 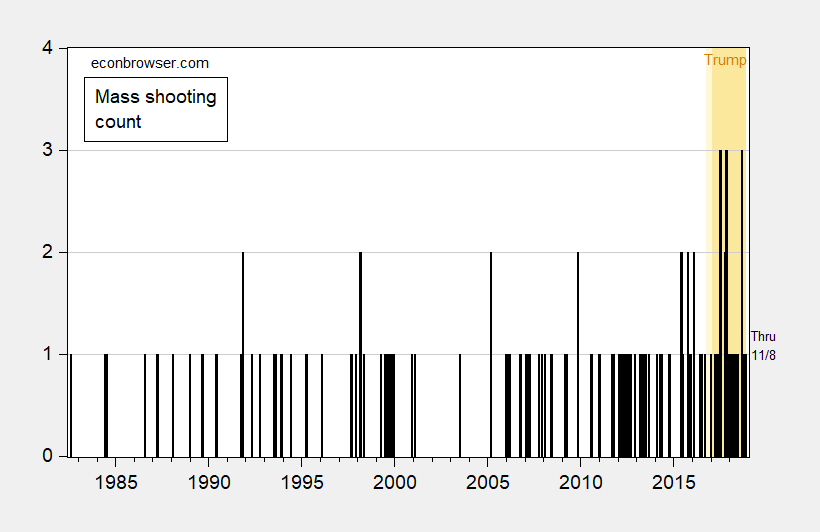 Fatalities are increasing over the Trump era. 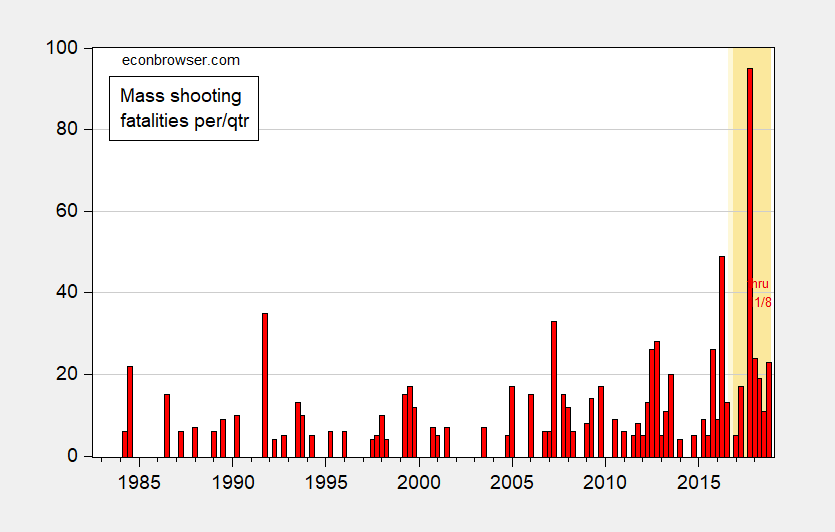 On a quarterly basis, the regression is:

One can interpret this as follows: a Trump administration quarter month is associated with 5.6 greater fatalities from mass shootings, or 22.4 67.2 on an annualized basis. (Over 1982q4-16q4, the average fatalities per quarter is 4.876 14.6). Inclusion of a deterministic time trend yields a negative coefficient on population, and a trump coefficient (12.03) significant at 1% msl.

Update, 11/10/2018, 1:30PM Pacific: Reader Sam thinks I should conduct some out of sample validation. He also conjectures I am misleading readers by reporting only 10% significance levels. I address his argument that I don’t understand out of sample cross validation in this post. 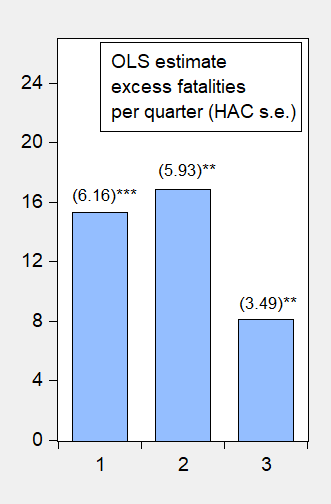 16 thoughts on “Three Graphs and a Regression Equation”