Robin Vos has suggested Wisconsin would be much more Republican (hence “better”) without Madison and Milwaukee. I wondered what an ex-Madison and ex-Milwaukee Wisconsin economic output would look like. Here’s the picture. 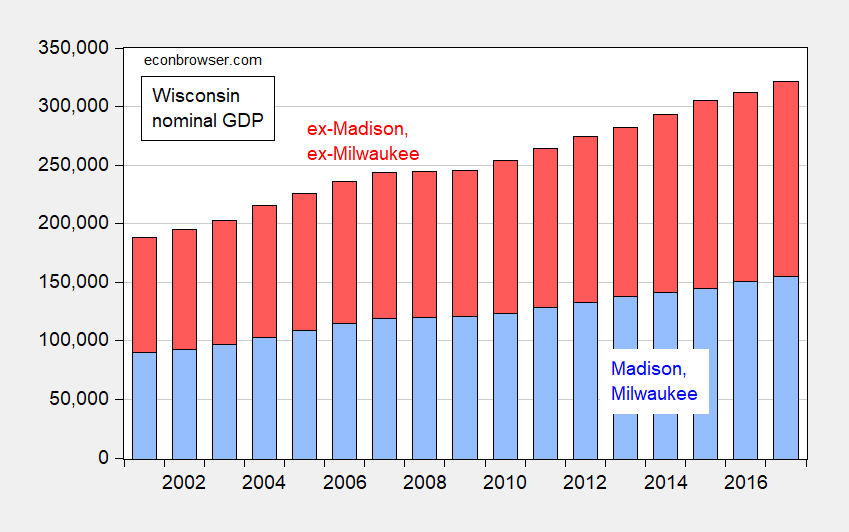 Figure 1: GDP associated with Madison and Milwaukee (blue) and with rest-of-Wisconsin (red), in millions of dollars. Source: BEA and author’s calculations.

Nearly half of Wisconsin nominal GDP is accounted for by the two largest cities. What about contributions to GDP growth? 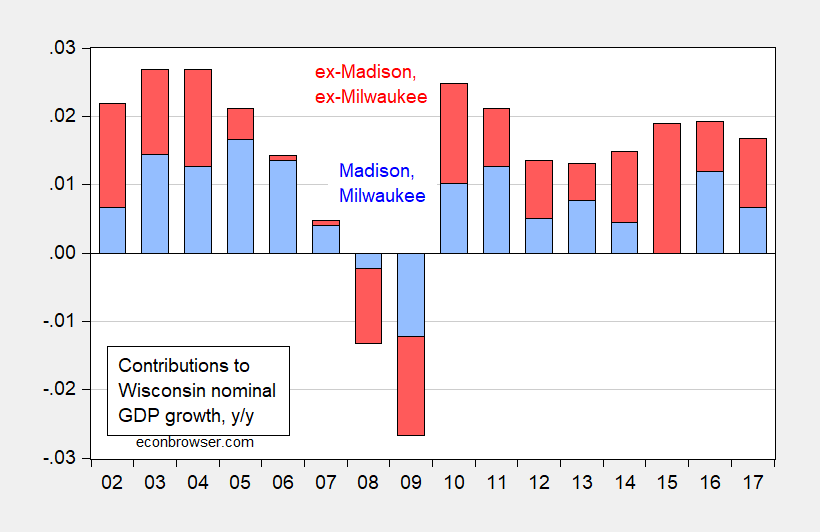 What about more recent trends? Nominal GDP associated with agriculture is down 4.9% in the first two quarters of 2018 relative to the same period in 2017 — and that is a period that encompasses the actual hit to some agricultural exports imposed by China. In contrast, manufacturing nominal output has risen by 5.6%. This suggests that come the 2018 release, we will see the Madison-Milwaukee share of GDP will have risen.