Today, we’re fortunate to present a guest contribution written by Greg Nemet, Professor at the University of Wisconsin–Madison in the La Follette School of Public Affairs and the Nelson Institute’s Center for Sustainability and the Global Environment. He has also been a contributor to the Intergovernmental Panel on Climate Change and the Global Energy Assessment.

I have a book coming out on June 10, “How Solar Energy Became Cheap: A Model for Low-Carbon Innovation.”  I’ve summarized the findings at howsolargotcheap.com and it’s available on Amazon. 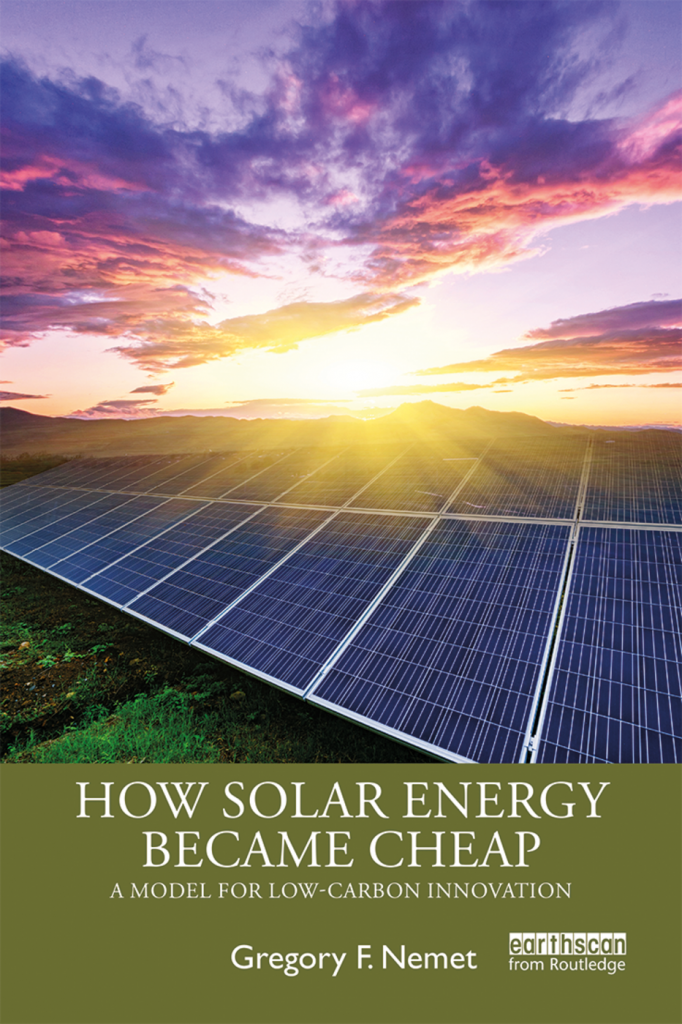 When I began working on solar energy in 2002, the technology was seen as an intriguing novelty, serving a niche, but widely dismissed as a serious answer to social problems associated with energy use. Since then solar photovoltaics (PV) has become a substantial global industry—a truly disruptive technology that has generated trade disputes among superpowers, threatened the solvency of large energy companies, and prompted serious reconsideration of electric utility regulation rooted in the 1930s. More favorably, its continually falling costs and rapid adoption are improving air quality and facilitating climate change mitigation. PV provides some of the lowest cost electricity in the world and prices in 2019 are now below where even the most optimistic experts expected they would be in 2030.  The costs of solar PV modules have fallen by more than a factor of 10,000 since they were first commercialized in 1957 and in sunny places solar electricity is now cheaper than any other form of electricity.  It may be the cheapest way that humans have ever been able to produce electricity at scale.

My motivation for spending the time researching this book was that despite years of work looking at solar costs, we still don’t have a dispositive answer to the question behind the book’s title.  The quantitative work has helped identify factors such as economies of scale and learning by doing.  However, I developed the impression that these analyses were omitting important variables—such as international flows of knowledge.  The concept of National Innovation Systems provides a theoretical structure for this assessment and emphasizes that we should expect distinct national contributions to emerge from this international system, rather than thinking of it as a homogenous global knowledge stock.  The plan was to take a mixed methods approach, complementing data collection with expert knowledge, which led me to conduct interviews with 75 people in 18 countries.  I anticipate that causal factors revealed in interviews are good future candidates to be operationalized into quantitative variables, and that can be enabled through the proliferation of quality international data and creative approaches to econometric identification. 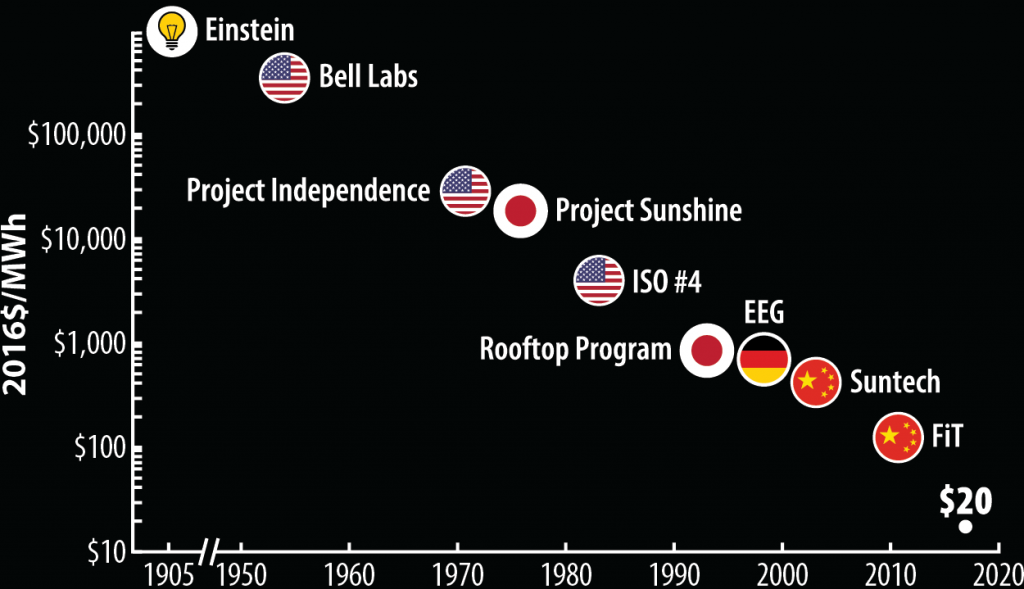 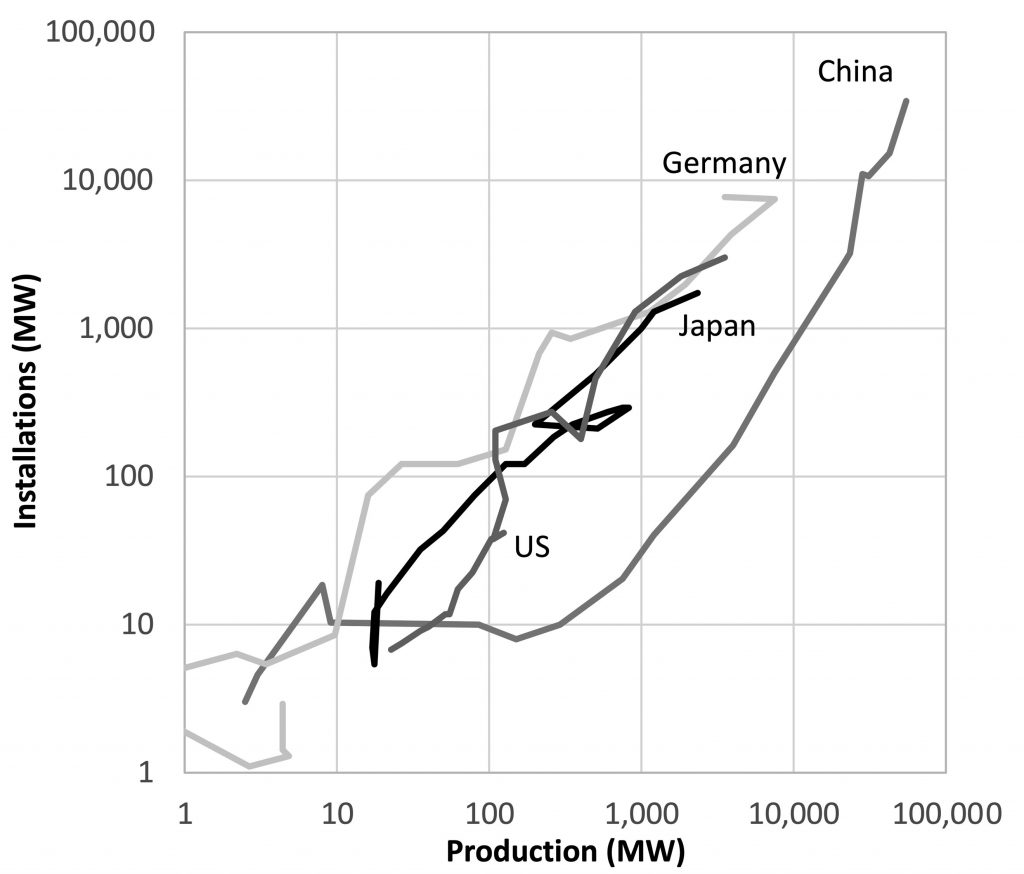 Solar PV is exciting not just because of the massive solar resource available and low prices, but because of how far solar has come.  I am convinced that the payoff from understanding the reasons for solar’s success includes learning how to support other low-carbon technologies with analogous properties. While many technologies do not fit into the solar model, some including small nuclear reactors and direct air capture, have characteristics that make them suitable for following solar’s path. They can benefit from solar’s drivers: scientific understanding of a phenomenon,  evolving R&D foci, iterative upscaling, learning by doing, knowledge spillovers, modular scale, policy-independent niche markets, robust policy support, and delayed system integration challenges. 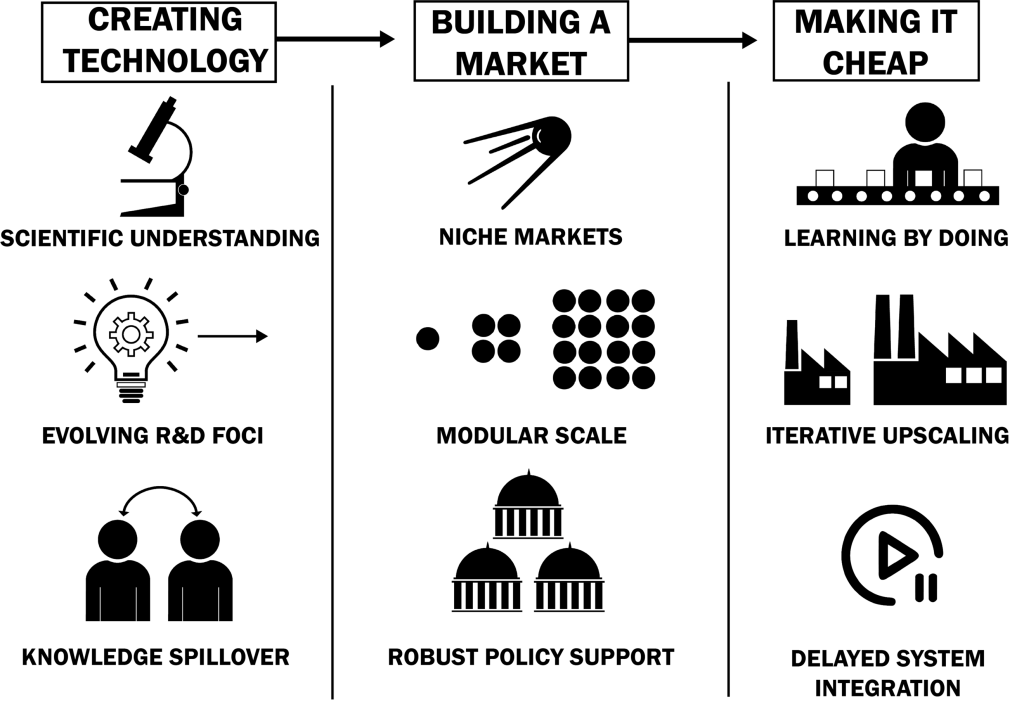 However, it took solar six decades to become low-cost.  The urgency of addressing climate change means that key challenges in applying the solar model are to find ways to speed up innovation.  A second important research question is thus not just how solar became cheap, but also why it took so long.  The capstone of the book is a set of nine innovation accelerators—actions that would have sped the development of PV and which could be applied to new low-carbon technologies that fit the solar model. 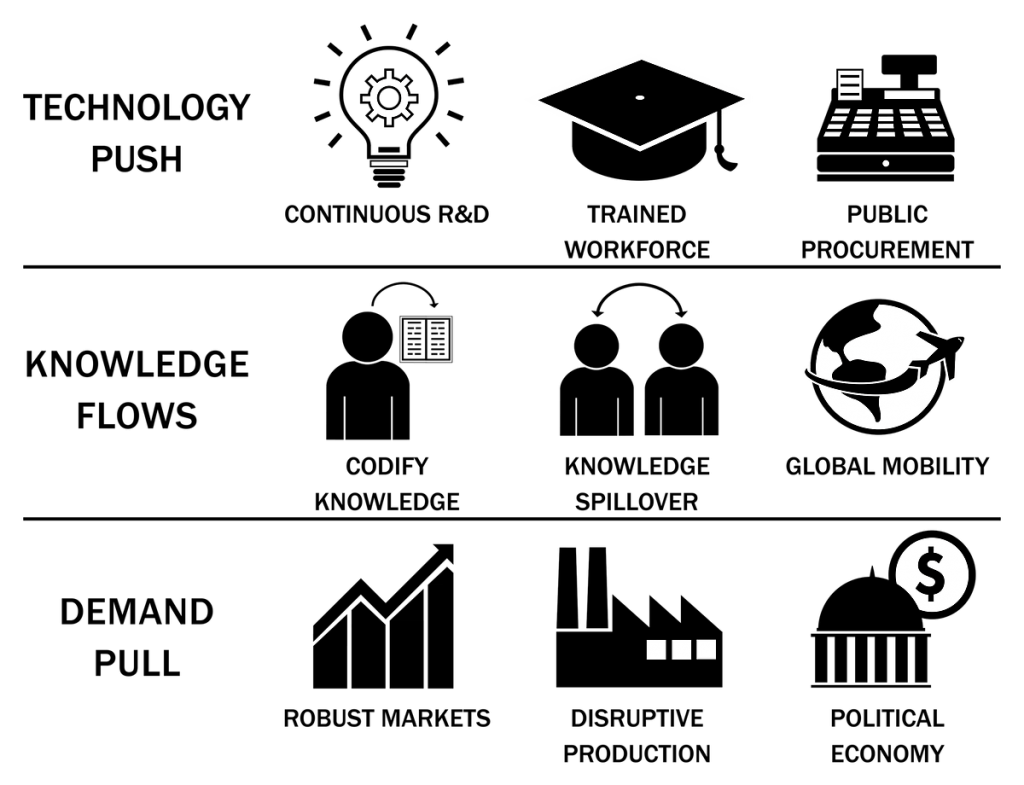 My perspective is that committed government action in multiple jurisdictions can enhance each of these nine innovation accelerators and stimulate improvement in and adoption of the broad set of technologies we will need to address climate change.