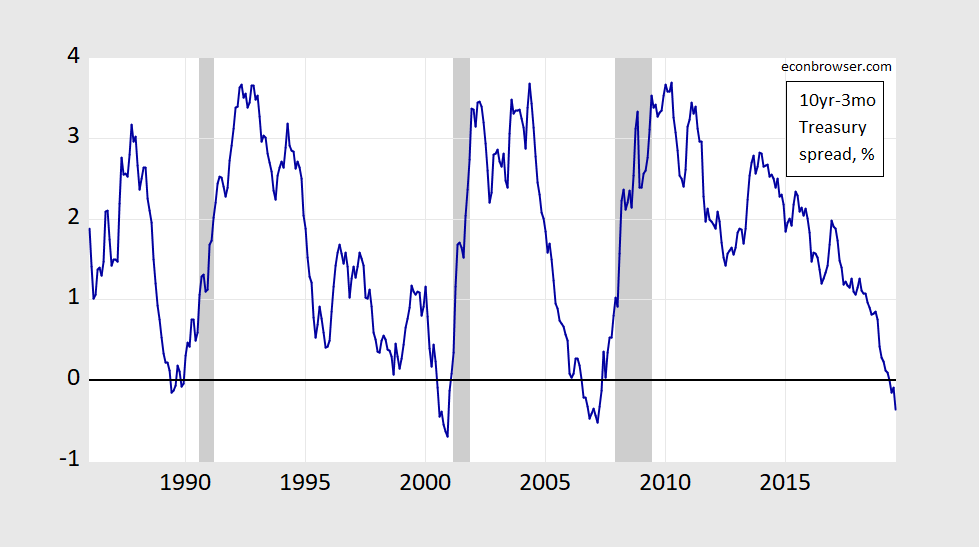 As noted in this post, based on the first half of August, the probability of recession in August 2020 was 47%. Using the entire August data, I obtain the following regression estimates: 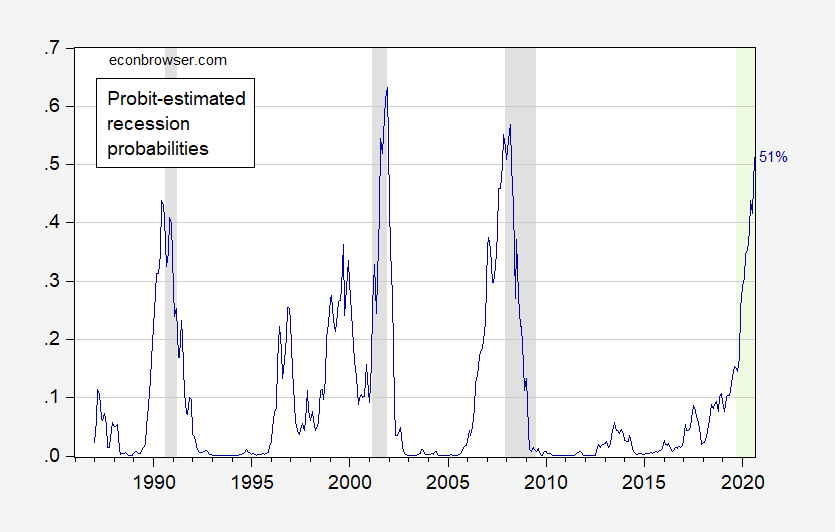