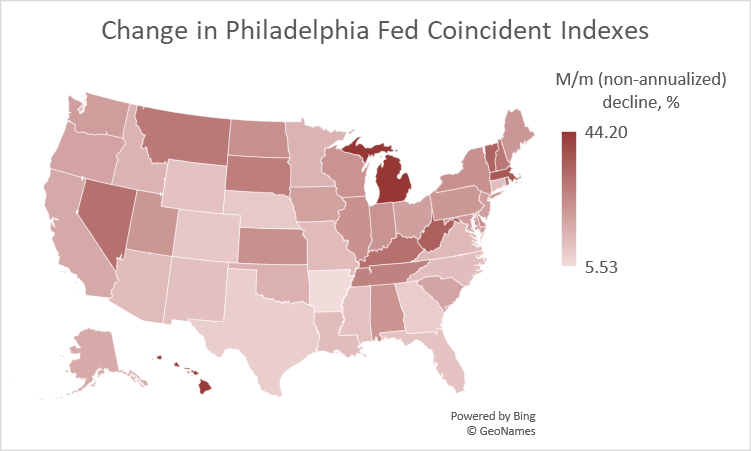 The variation relative to the overall nationwide decline is interesting; Southern states are (for now) experiencing a less pronounced decline. 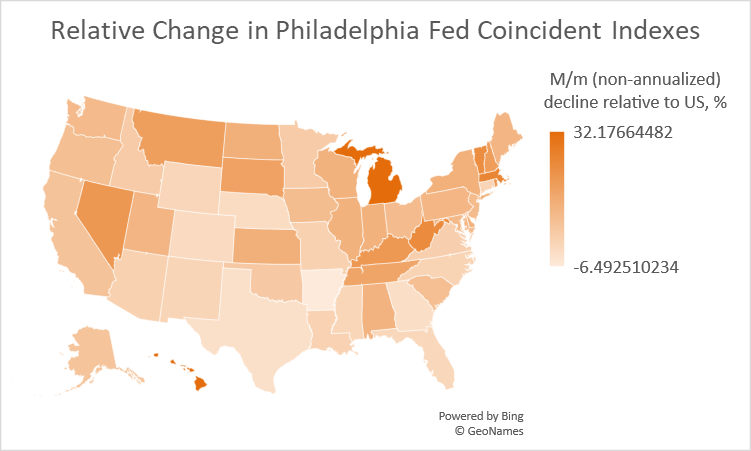