From the Wall Street Journal’s May survey: 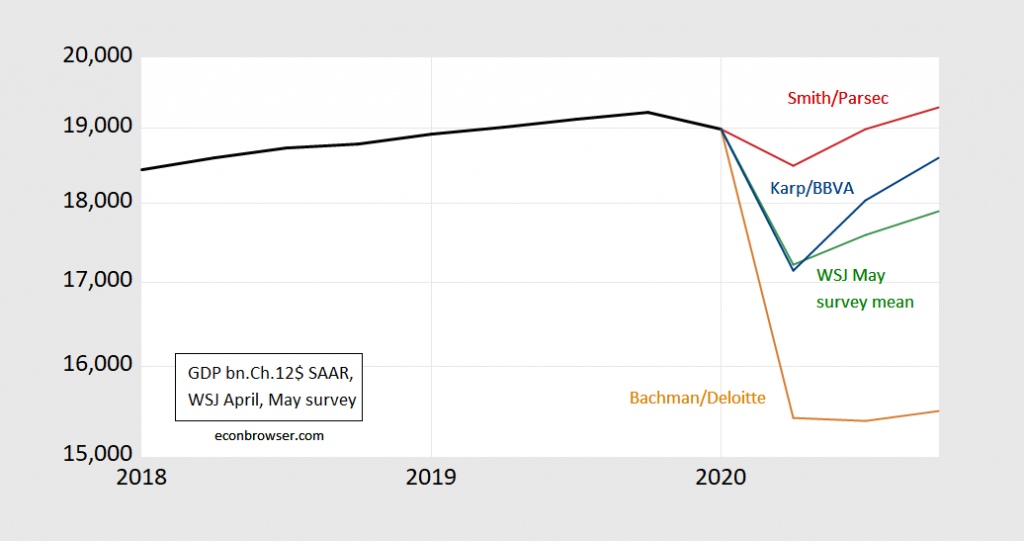 James F. Smith from Parsec Financial is once again at the top, as in April’s survey, described in this post. I might as well just type that out and paste it into each post I write on the WSJ surveys.

Doug Porter at BMO Capital is no longer my candidate for most “V” forecast (he actually did not provide forecasts this survey). My top candidate forecast is from Nathaniel Karp at BBVA Compass. That being said, it’s somewhat less “V” than Porter’s “V”, with q4 GDP 13% down from 2019Q4, compared to something less than 1%. This merely highlights the fact that all the forecasts have been downshifted in terms of levels, so that “swoosh” is the forecast of the day… 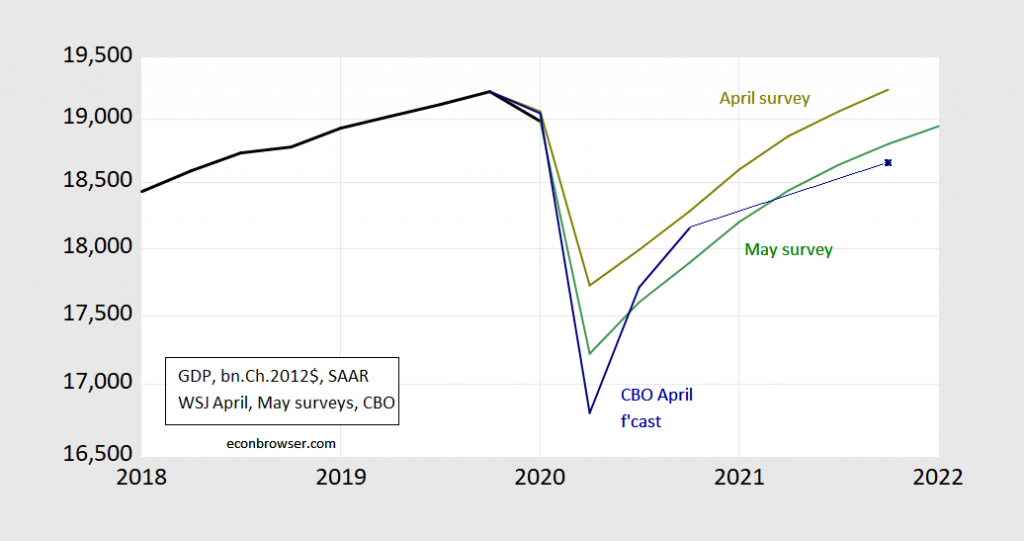 It’s interesting to place these forecasts in the context of what we expected potential output to be as of January this year. (Of course, potential output given public health concerns is probably reduced, but measuring the reduction is fraught with conceptual difficulties — aside from how much the labor force will be reduced if one accelerates or decelerates the opening up of the economy and consequent fatalities (Eichenbaum et al. 2020 provides one instance of feedback effects). 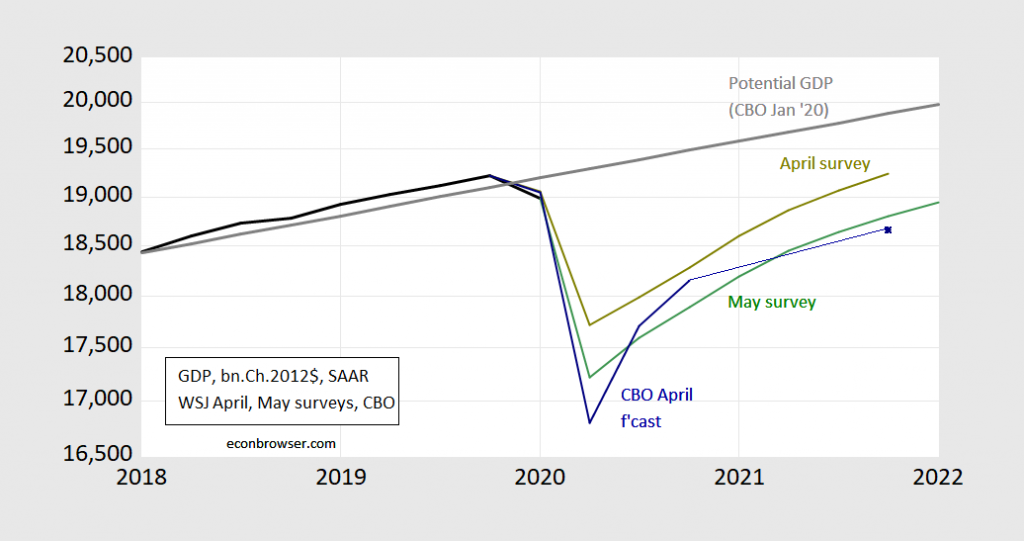