Sixteen years ago, the G.W. Bush White House suppressed for four years this report on global climate change impacts, which discussed, among other things, the increased prevalence of wildfires. This was discussed in this post, entitled “What the Administration Considered Too Dangerous to Release for Four Years”. 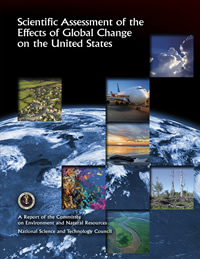 The still-operational link to the report is here.

112 thoughts on “Massive Wildfires in the West: Who Could’ve Guessed?”