What about the EconoBlogosphere (or what remains of it)?

It’s hard for one person to do a comprehensive evaluation, so I’ll use someone else’s tabulation as a launching point: Inomics top economics blogs list, from April 2019. It’s not an exhaustive list by any means (after all, no one’s paying me to hire a RA to do this – conservatives relax!), and leaves out several of my personal favorites.*** (I have a tabulation for Intelligent Economist’s macro group, but the basic message is the same.)

I omit Real Time Economics and Economonitor which are not standalone, and VoxEU which is a web portal. Intelligent Economist is also excluded as I have no demographic information.

I have tabulated 29 individuals for 18 blogs (so some blogs have multiple contributors). I don’t include all the bloggers as some seem inactive on some of the blogs.

To re-iterate: I don’t think this is a representative sample. But I think most “top blogs” lists would share similar attributes with this one.

This is the breakdown in several pie charts. 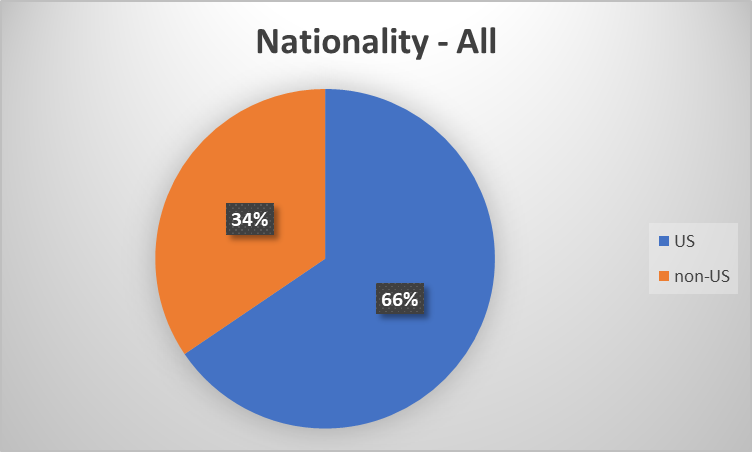 Most of the bloggers are US centered (they might not be US citizens, but focus on the US economy). They’re mostly male, and mostly white, as shown in the below figures. The share of males in the sample seems disproportionate to the share of males in the economics profession, when the share of females starting Ph.D.’s is about 1/3. This NYT article highlights some of the trends. If I restricted the sample to the US, then the sample would be 100% male. I could write at some length speculating on the this phenomenon, but I’m not a sociologist. Claudia Sahm speculated back in 2016 (via Mark Thoma, since the original post is gone). Suffice to say, there is a notable lack of diversity along the gender dimension. 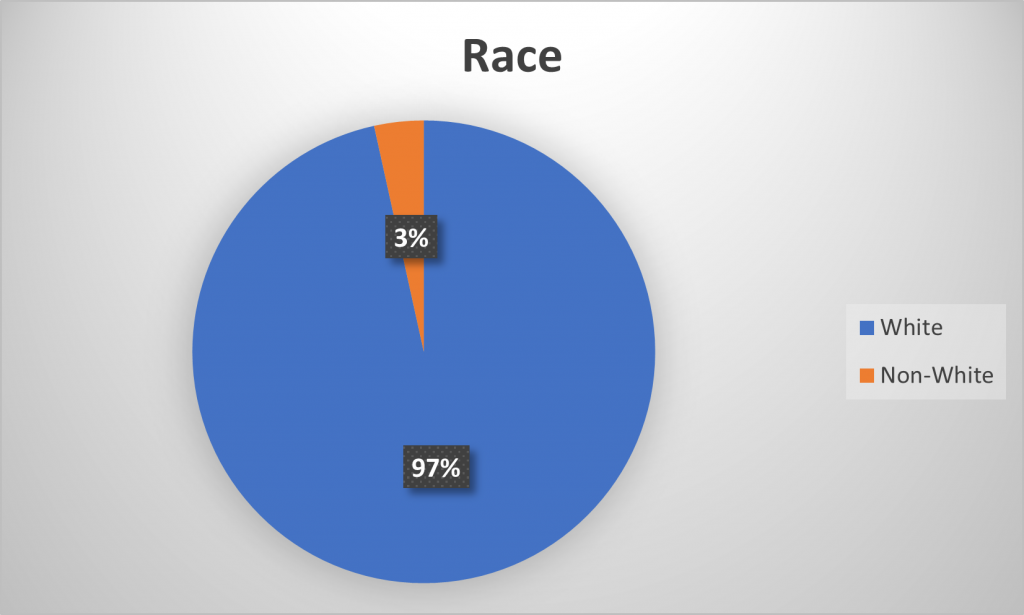 Most, but not all, have economics Ph.D.’s. More interestingly, a noticeable one-third have experience in the government. See my discussion of the econoblogosphere back in 2007. The (bad?) habits acquired during government service still seems to motivate some bloggers. 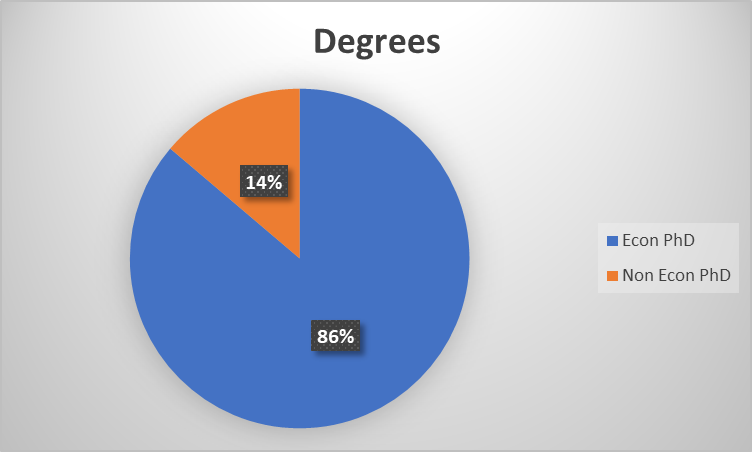 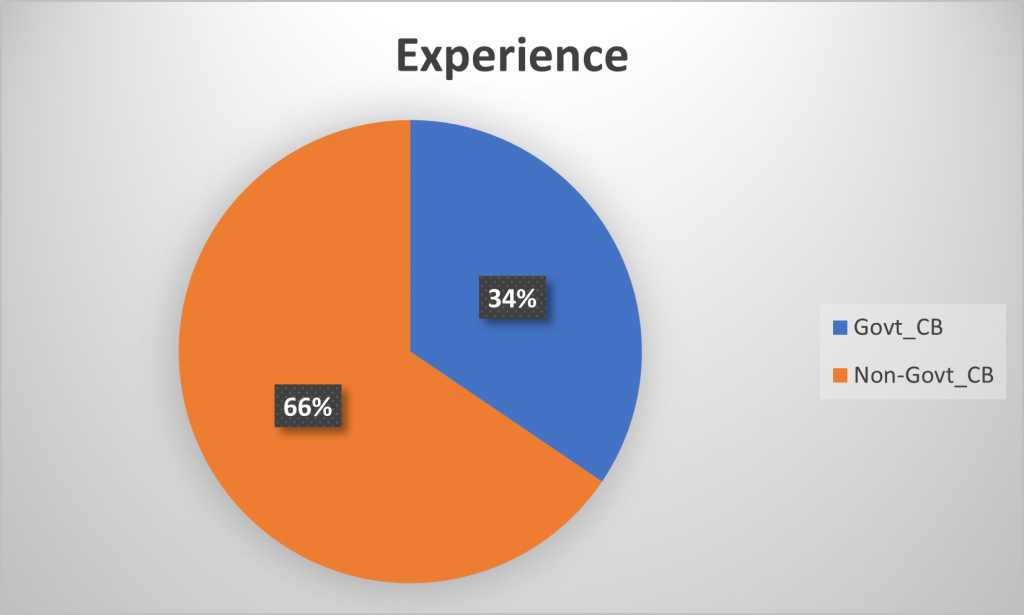 Now, if you thought that there was an “elite” domination of blogging, I can’t really address that question (some people seem to have an expansive definition of elite). I can figure out how many have an “Ivy League” education. Here’s the tabulation: 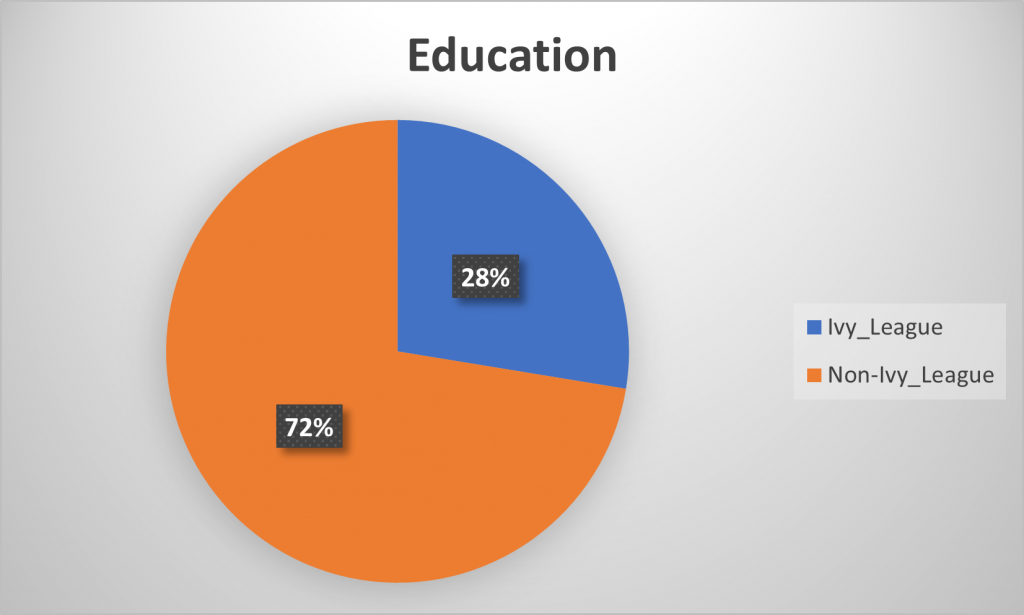 I didn’t tabulate the “mainstream” vs. “heterodox” economists, even though that is in some ways perhaps a central issue of diversity. That’s because “mainstream” and “heterodox” depend somewhat on the eye of the beholder.

So to summarize…mostly male, mostly white — not much different from what I wrote in 2019. I did a tabulation using bloggers in Intelligent Economist’s list, and I find the same pattern.

Now, this may all be moot. Noah Smith points out the golden age of econ blogging is long over. The most vibrant component of rapid-fire economic discourse is on twitter, where my informal assessment is that there is more diversity (although hard to discern on the RePec list).