Remember Δbt = (r-g)bt-1 + deft , where b is debt/GDP, r is the real interest rate, g is the GDP growth rate, and def is the primary budget deficit/GDP ratio. What’s r? 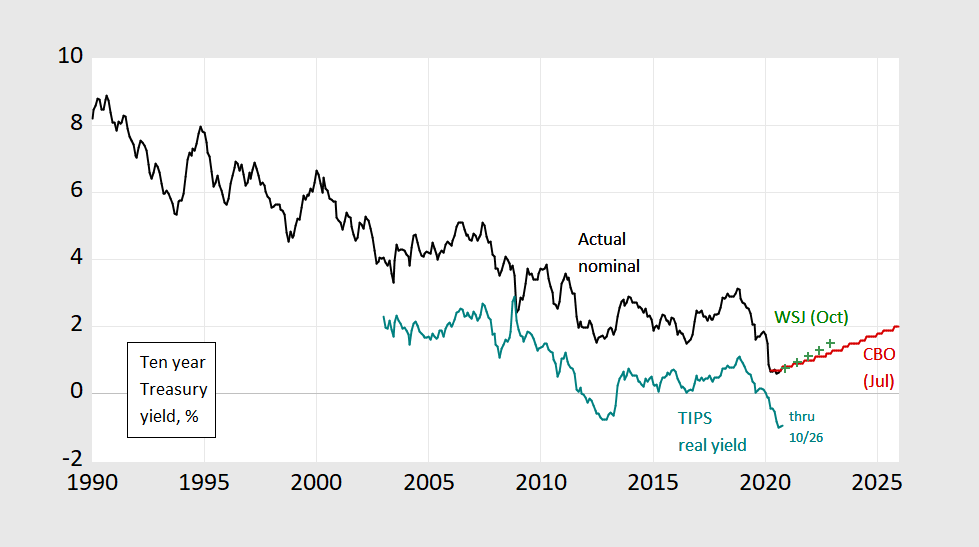 27 thoughts on “What Are Current Borrowing Costs for the Federal Government?”