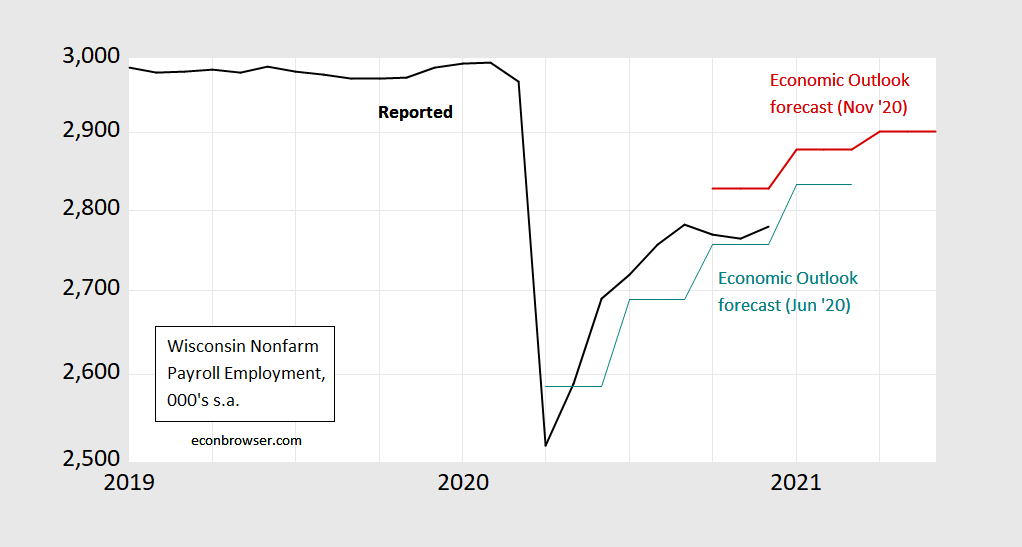 Employment is already undershooting the forecast from early November (discussed in this post). To some extent, this is not surprising as national employment growth has flattened out. 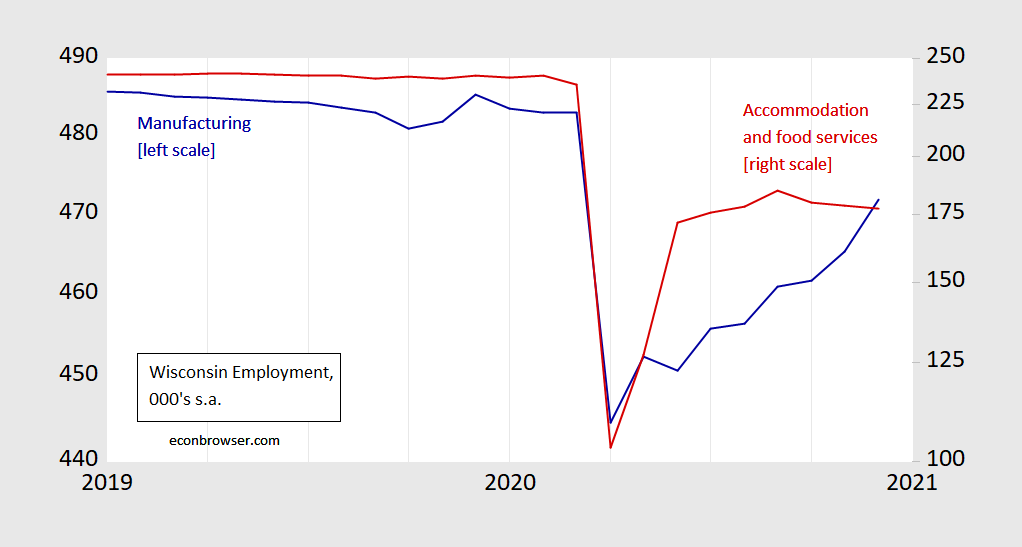 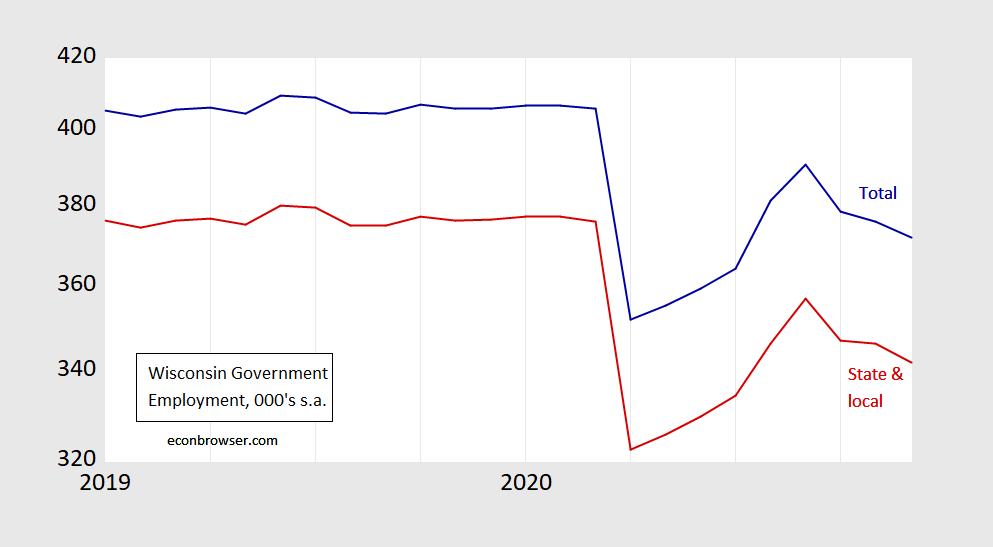 Finally, employment, including self-employed and farm workers, was substantially higher, at least as measured/estimated: 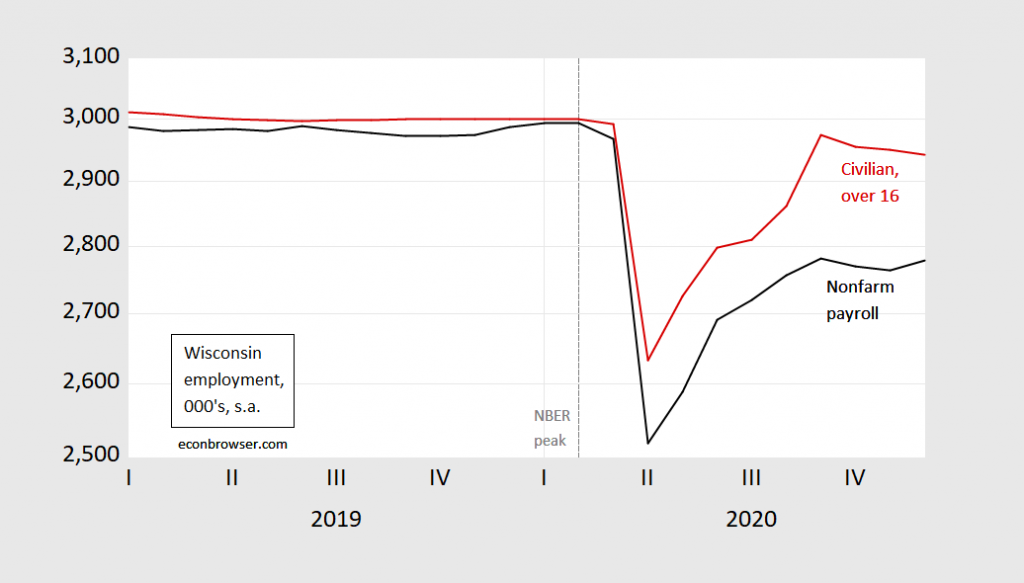 However, this series is subject to much larger measurement error, as it is based on a household survey that — at the state level particularly — does not have a particularly large sample. Hence, one should be particularly wary of this series. That being said, the trend for this series is downward, while nonfarm payroll is essentially trending sideways.