In recovery (as Jim noted using GDP), but not recovered. And maybe even declining for certain key indicators. 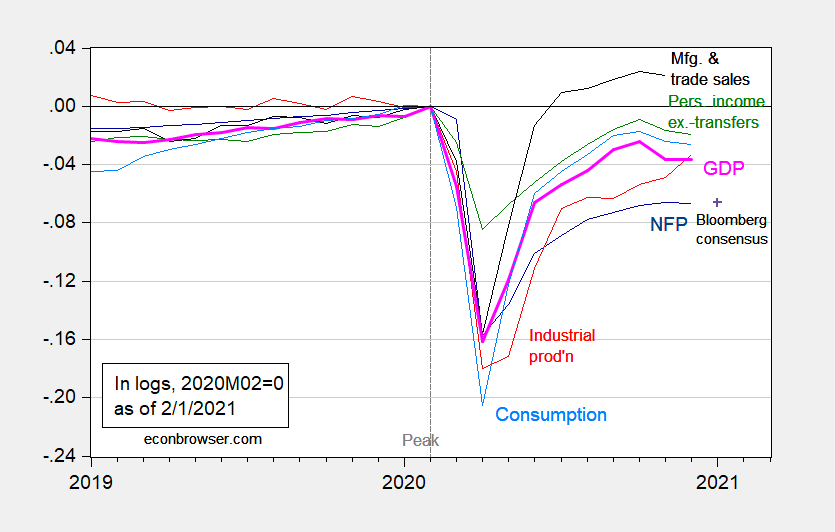 These recent trends place in context fears of overheating the economy (e.g., as recounted in Irwin/NYT). The output gap using the most recent CBO estimate of potential is -2.9% (log terms), using the January 2020 estimate is -3.7%. The $1.9 trillion package that has been proposed is seen as risking overheating by some — but if maximal output is a better measure of the economy’s speed limit, then the slack is -4.5%.  The multiplier of 0.6 CBO uses for a period of social distancing means that, even with the $900 billion package signed at year end, overheating seems less of a concern. 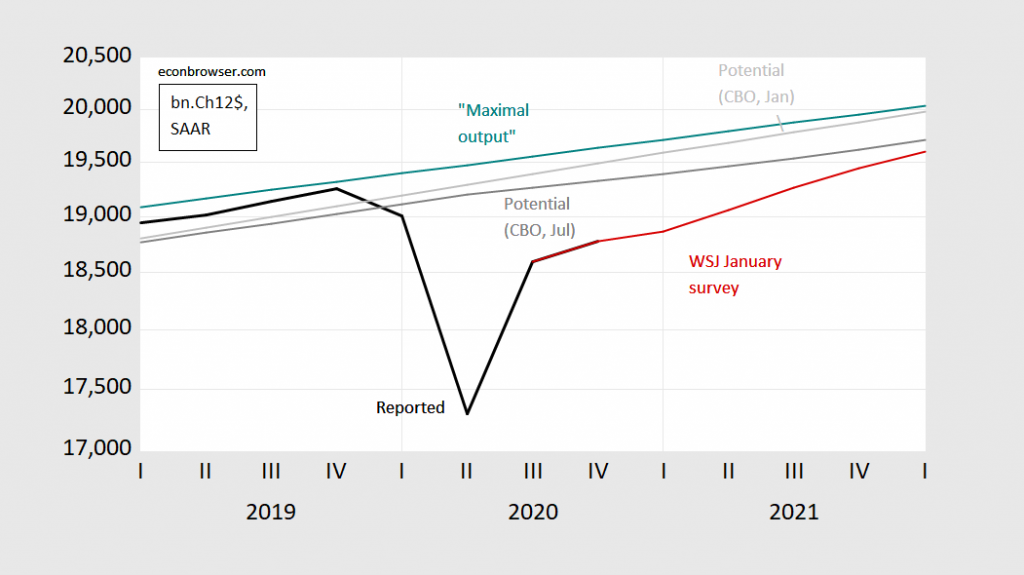 Moreover, stimulus of aggregate demand is not the main objective of the recovery packages. Preventing the scarring effects of firm bankruptcies and labor force attrition is.

And, nonfarm payroll employment is 2.1% lower than it was the month Mr. Trump took office.

The above indicators miss distributional aspects. Here are some additional indicators, not necessarily macro in orientation. 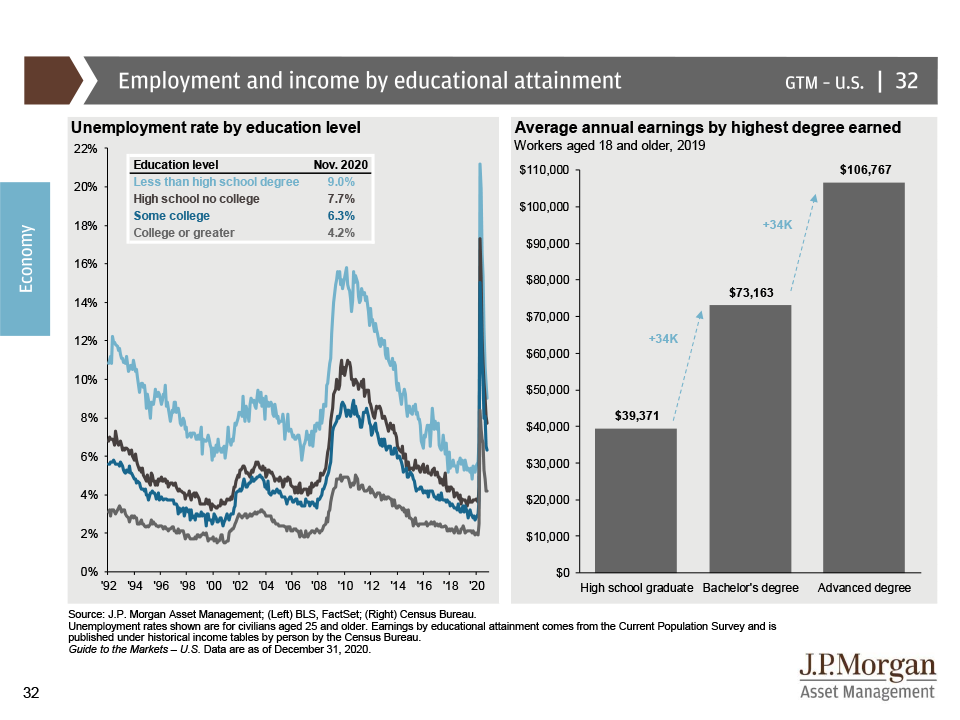 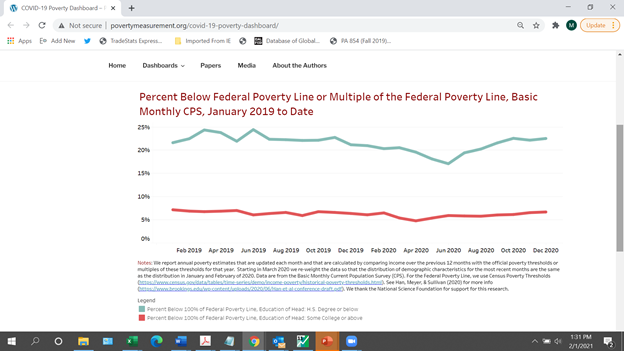 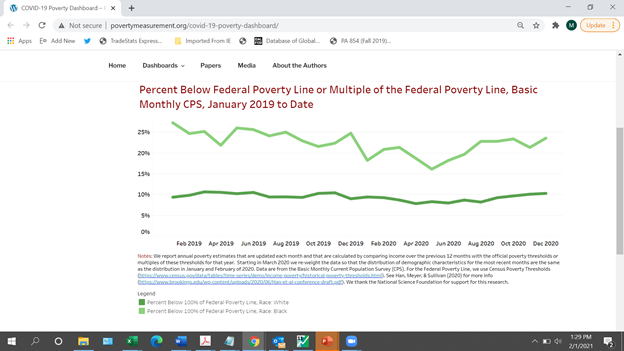 80 thoughts on “The Economy at Trump’s End”