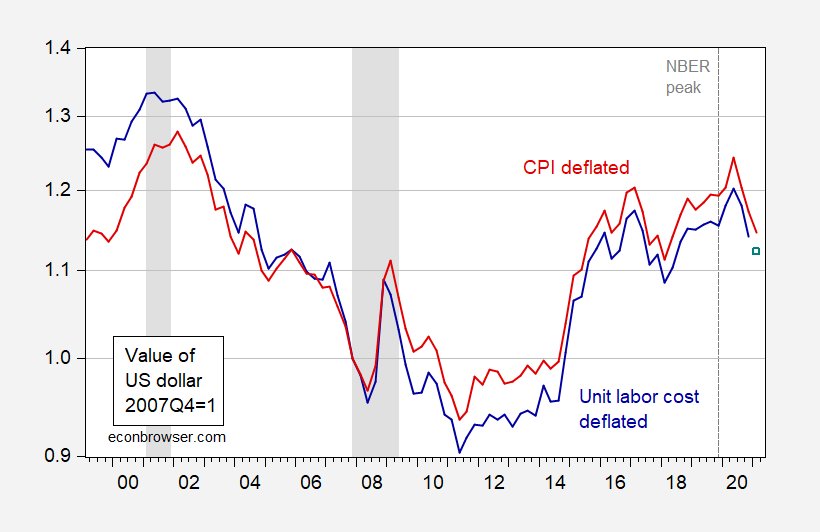 Given the differential growth rates in the US likely to arise with the implementation of the American Rescue Plan, a widening of the US trade deficit seems imminent. (The CBO projects a widening in 2021 relative to 2020Q4.) Increasing competitiveness, as measured by relative costs of tradables, can serve to offset the increase in the trade deficit.

Most of the movement in competitiveness in recent years is driven by movements in the nominal rate, rather than in unit labor costs. And the dollar’s nominal value has been driven in large part over the past four years by policy uncertainty. 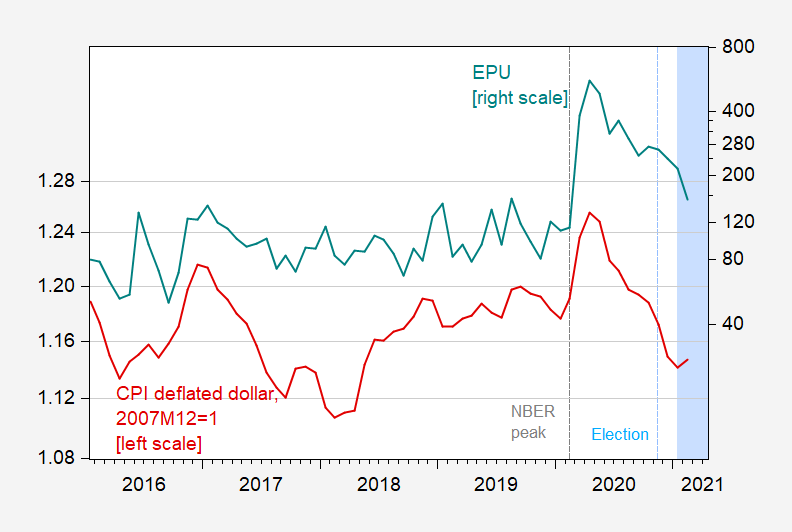 The importance of elevated policy uncertainty in driving upward the dollar’s value is a useful fact to keep in mind — if we can restore some semblance of rational economic policy making (including trade policy), and foster cooperation with foreign policymakers, then we will achieve better cost competitiveness than otherwise.