Despite the recent runup in oil prices, measures of expectations do not spike. 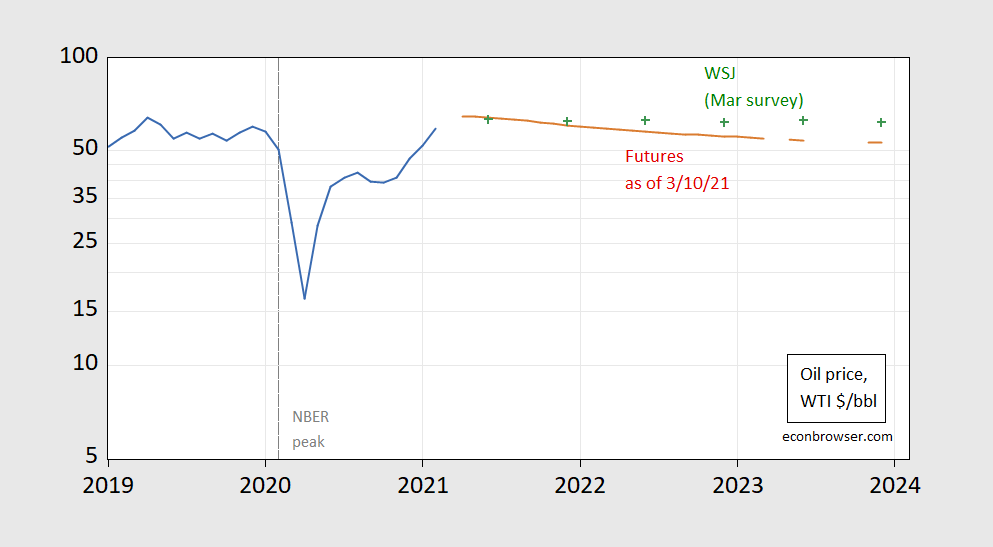 The Wall Street Journal survey conducted in early March as well as futures indicate prices at the end of 2021 in the mid-fifties. The mean forecasted price for end-2021 has gone up about $6/bbl, as shown in Figure 2.

Note that in general, futures do a so-so job (relative to random walk and simple ARIMA models) in out-of-sample forecasting, as discussed in this post. 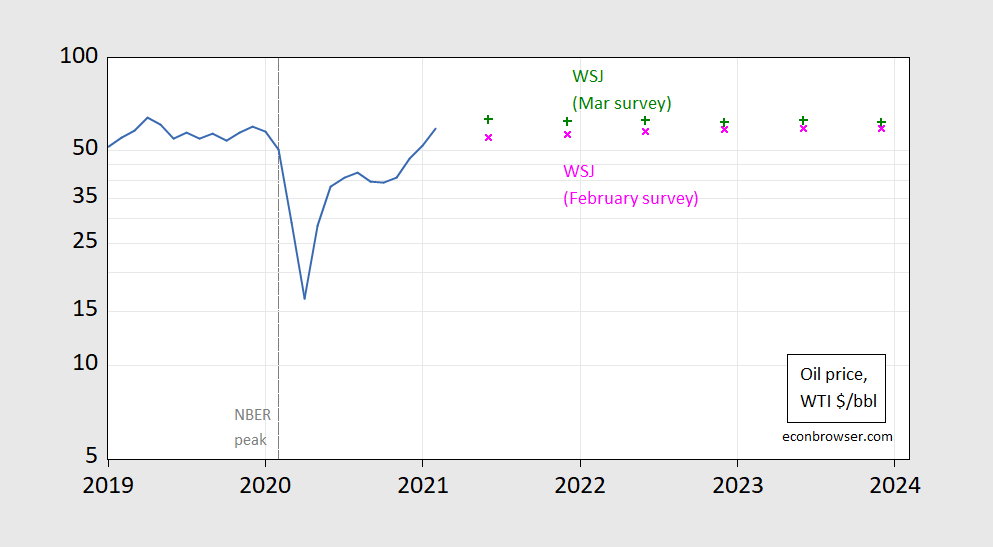 It’s of interest to look at the dispersion of prices as well as the mean. Figure 3 shows the histogram for oil prices at end-2021 from the February survey, while figure 4 shows the corresponding histogram from March survey.

Dispersion has increased, with the standard deviation rising from 5.9 to 6.4, and the distribution becoming more fat-tailed (leptokurtotic). Despite the increase in spread, no forecast comes close to $100 by end-year; one forecast comes in at $93 by end-2023 (Roman/St. Mary’s).