April employment figures were released today, showing a marked slowdown in the labor market. Here’s a depiction of these figures in the context of key macro indicators followed by the NBER Business Cycle Dating Committee: 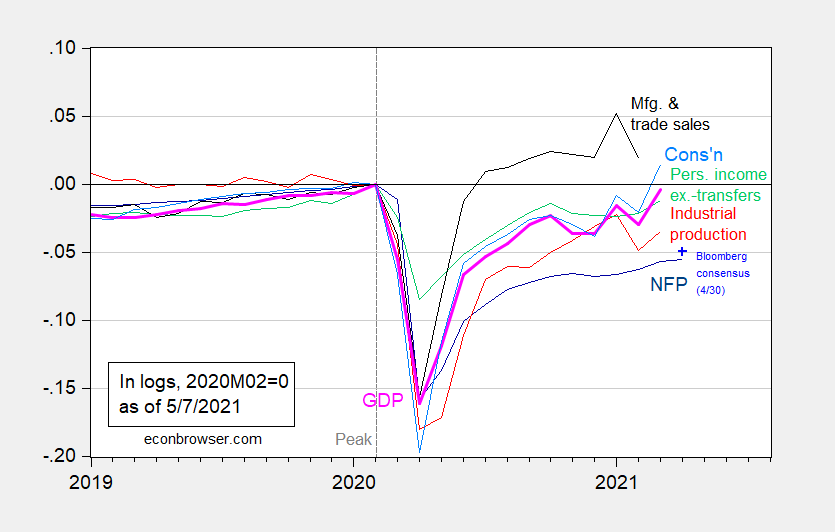 It’s interesting to note the shortfall in terms of the consensus, as well as the ADP release, for private nonfarm payroll employment. 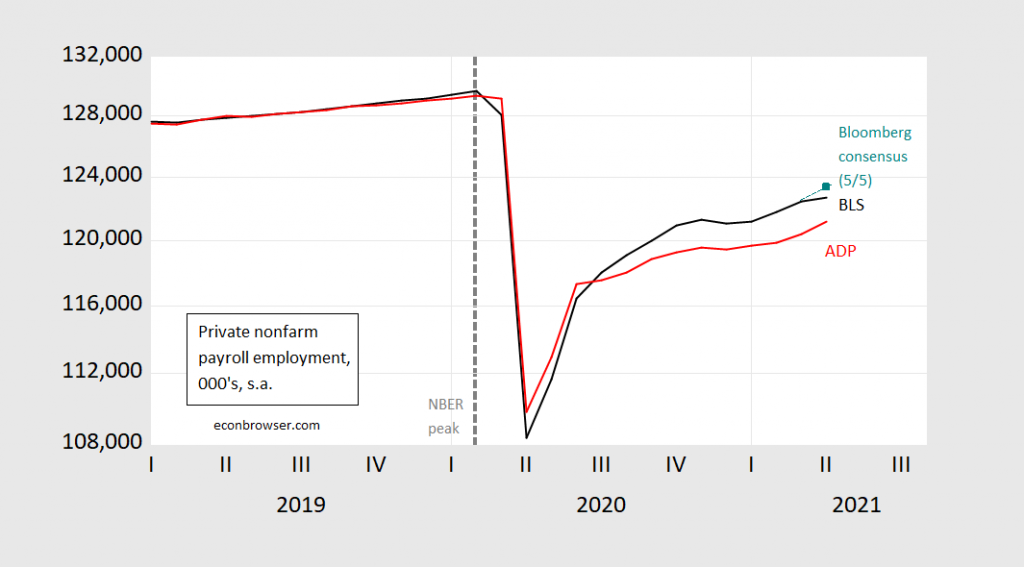 Discussion of the reasons for the relatively slow growth (supply, demand, statistical anomaly), by Irwin/NYT; Furman and Powell/PIIE.

59 thoughts on “The Employment Report and Business Cycle Indicators”