Joseph E. Gagnon and Madi Sarsenbayev at the Peterson Institute for International Economics have an interesting article on whether economists or markets are better at forecasting. They write:

Previous posts (here and here) showed that long-term bond yields and long-term inflation compensation derived from bond yields are not good predictors of future inflation. Another post showed that economic forecasters are better at predicting inflation than consumers, but that neither group is especially accurate. This post compares the predictive accuracy of bond markets and economists over both short-term and long-term horizons. It finds that although short-term inflation compensation from bond yields has slightly better predictive accuracy than economists’ projections, economists are actually better at long-term forecasting.

I’ve been using 5 year breakevens to infer expected inflation in several posts. I thought it would be interesting to assess the usual metrics (mean error, root mean squared error) for the standard breakeven, and that adjusted for inflation risk and liquidity premia. (I don’t have a 5 year economists’ forecast to compare against, unfortunately).

Here are the ex post realizations and the corresponding forecasts.

The adjustment methodology is described here. Notice that for the better part of the last decade, both forecasts overpredicted inflation. The unadjusted series clearly misses in late 2013, a miss not matched by the adjusted series, thereby highlighting the advantages of that series.

The corresponding forecast errors are shown below. 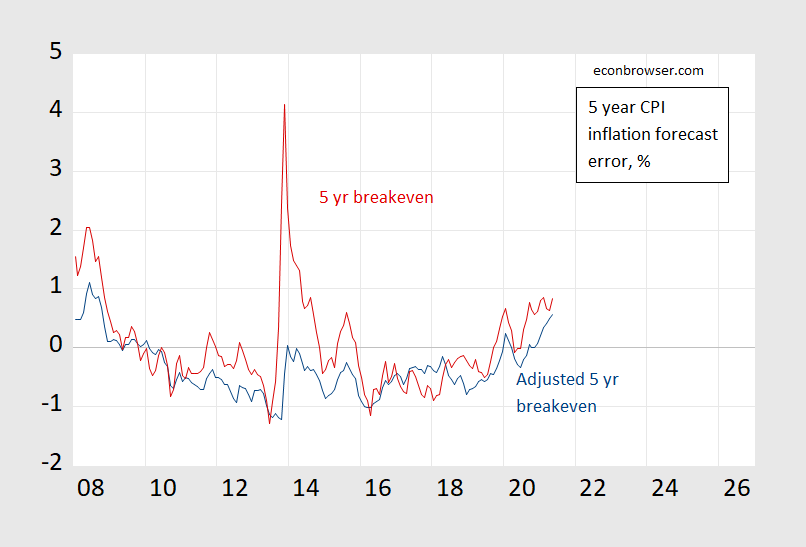 Gagnon and Sarsenbayev also discuss the forecasting performance of unadjusted breakevens at the 2 year and 5 year horizons. 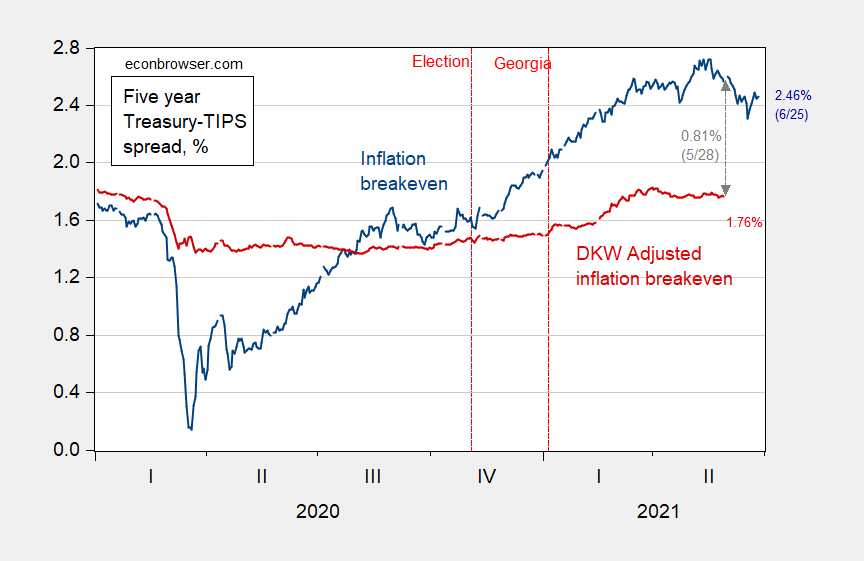