A wild ride for futures means… 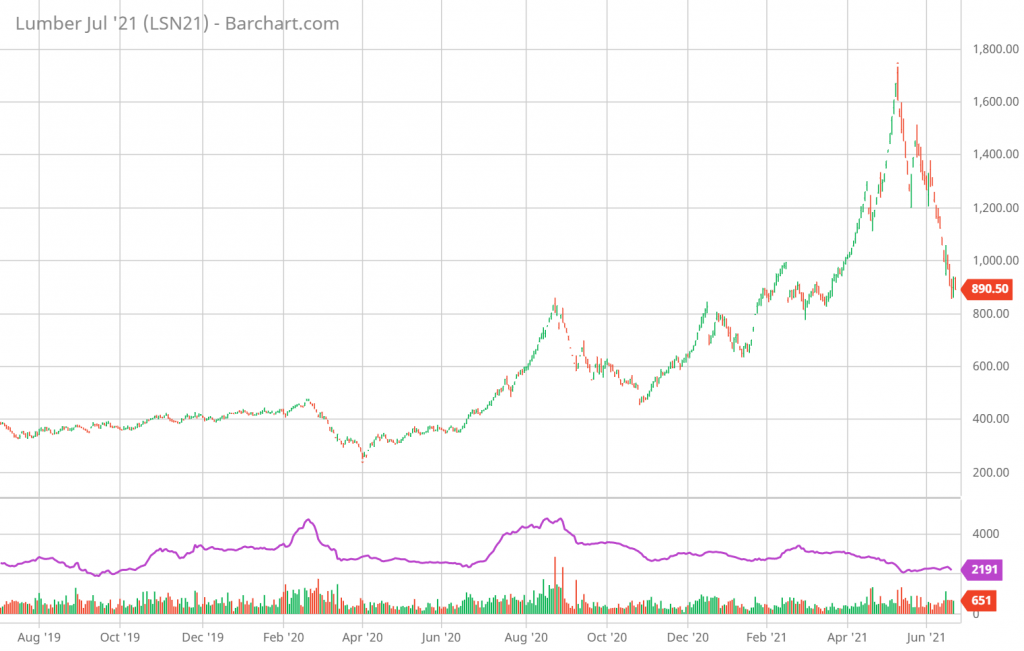 Do lumber prices (as measured by the PPI) move as predicted by the nearby month futures? Here’s a plot. 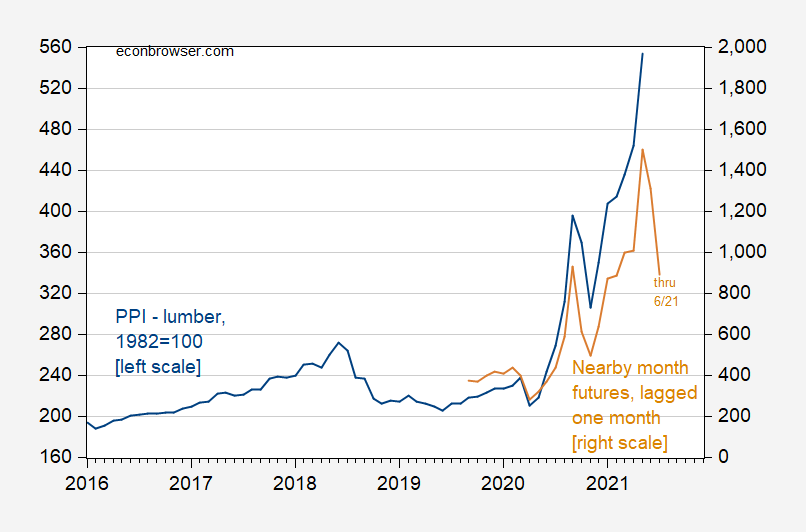 A one percent futures basis does not necessarily imply a one percent decline in lumber prices (as would be implied in a risk-neutral efficient markets setting). Mehrotra and Carter (2017) find that over the 1995-2013 period, at two months horizon, a one percentage point basis implies a 0.55 percentage point decline. If spot and futures prices move in tandem, this implies about a 7% decline in the June PPI, and around 20% decline in the July, bringing the lumber PPI back to around where it was in April.

At least, that’s what the futures are signalling.