Note: previous cycles average and range refer to all post-war cycles including the Great Recession and subsequent recovery.

Source: own calculations based on BLS and NBER data.

Without any doubt much progress has been made, still the labor market is far behind full employment state. How far? One way to tackle this question is to calculate the deviation of employment from its trend. According to the approach proposed by Aaronson et al. (2016), the level of the nonfarm payroll employment trend is given by:

where POP_tr is the population trend, LFPR* is the potential labor force participation rate, U* is the natural unemployment rate and (E/HH)_tr is the trend of the ratio of payroll to household survey employment. Respectively the variable E – E_tr is the employment gap, i.e. the measure of labor market slack. To obtain POP_tr I append most recent CBO projections onto historical data and smooth the resulting series with the HP filter as proposed by Aaronson et al. (2016). For LFPR* and U*, both historical and projected, I use most recent CBO estimates. Finally, (E/HH)_tr is obtained with HP filter smoothing as proposed by Aaronson et al. (2016). Figure 2 presents the resulting nonfarm payroll employment gap along with the output gap, measured as the deviation of real GDP from CBO’s real potential GDP estimate. 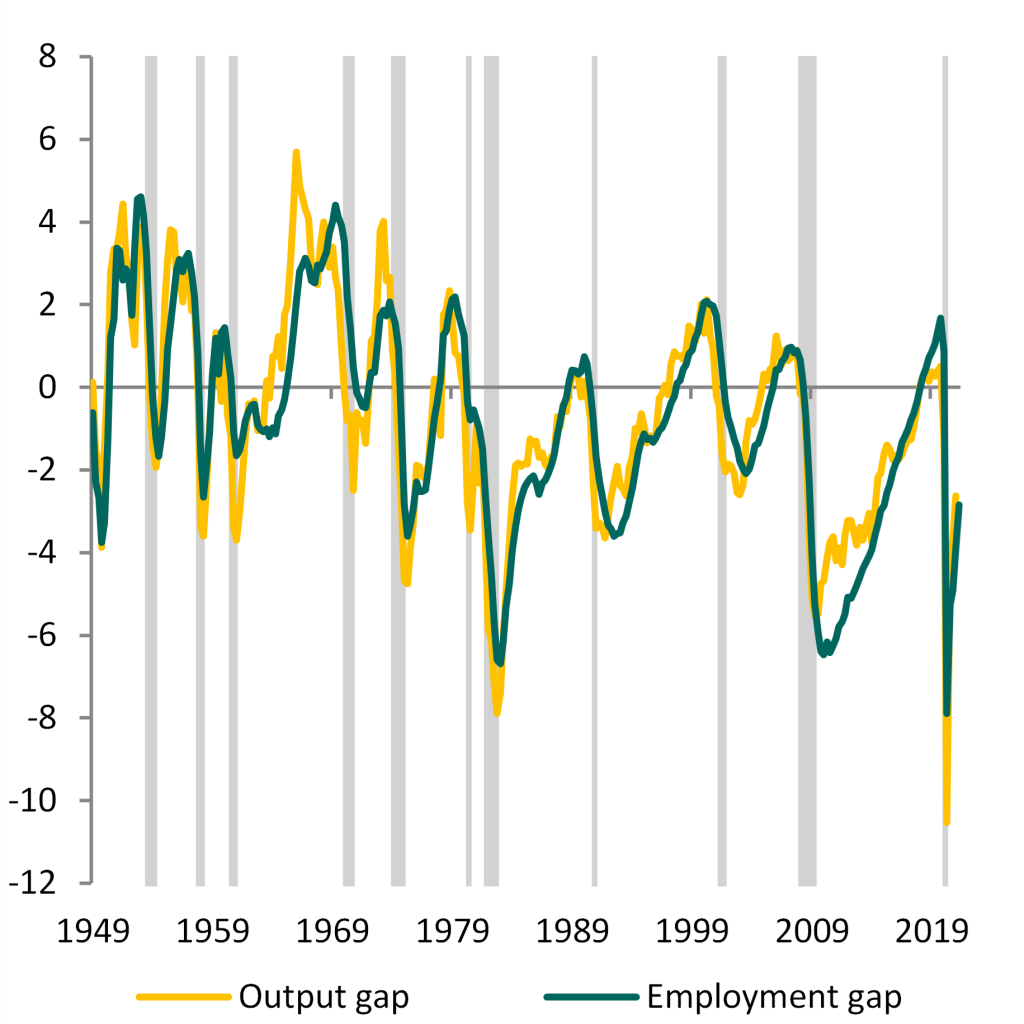 In the second quarter of 2021 the employment gap was -2.8% (-4.3 million jobs). In turn we may conclude that the labor market is still 4.3 million jobs below full employment of which roughly 2.5 million results from the labor force participation rate decline below its potential level and around 2.1 million from unemployment rate being still above its natural level (Figure 3). The remaining +0.3 million deviation results from the population and ratio contributions combined (Figure 3). 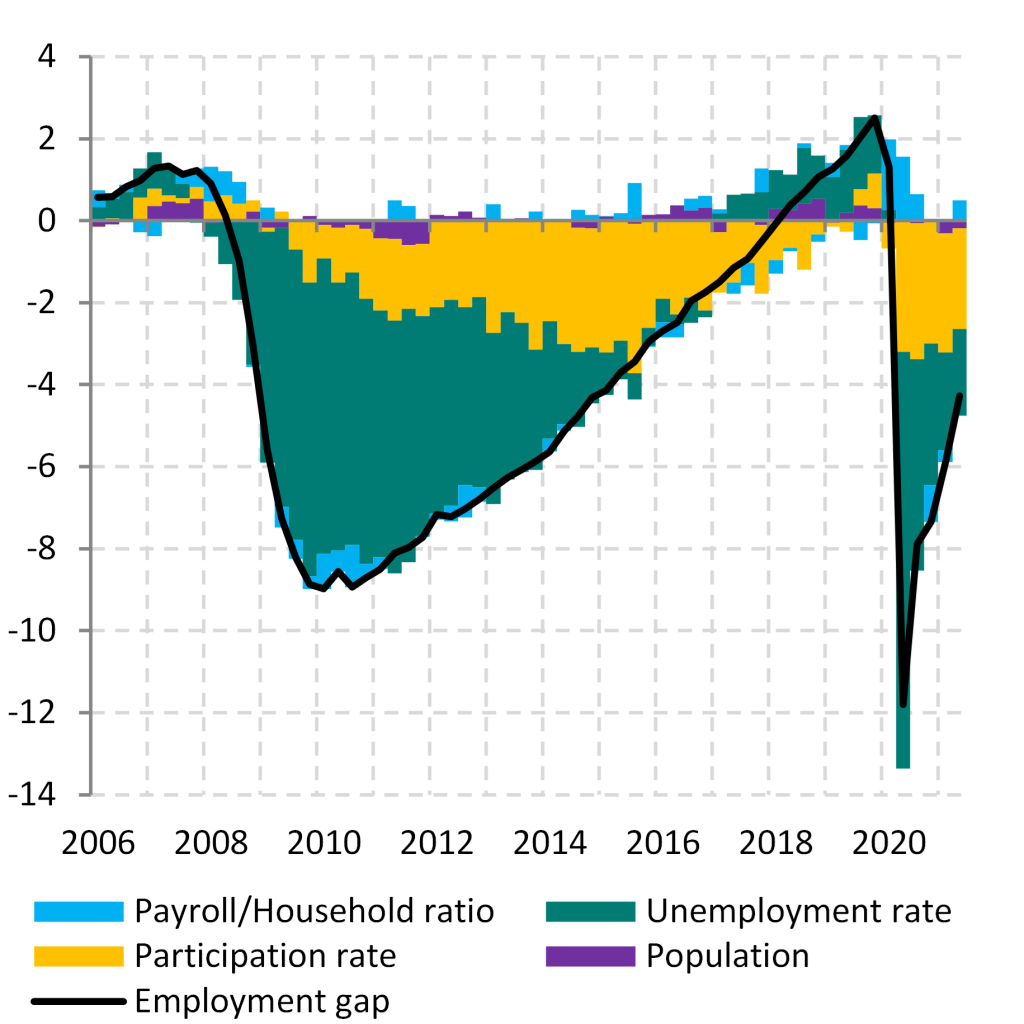 So, when can one expect this gap to close? If one assumes that the pace of job creation holds at 500k per month the gap would close already in the first quarter of 2022. This would correspond to the level of nonfarm payroll employment being the same as in the fourth quarter of 2019, that is at previous business cycle peak. Hopefully things will evolve that way.

4 thoughts on “Guest Contribution: “How far to full employment?””