An argument increasingly being made is that inflation is being built into wage demands in a context of really tight labor markets, and this would induce a wage-price spiral. This outcome is plausible, but I think it’s useful to compare wages against CPI to see if wages are really abnormally high, and are starting to rise in tandem with inflation. [text corrected 8/13]

If one examines average hourly earnings in the private economy, not holding composition constant (and in excluding supervisory and nonproduction workers), then in fact the real wage looks high, but is declining through June. [text corrected 8/13] 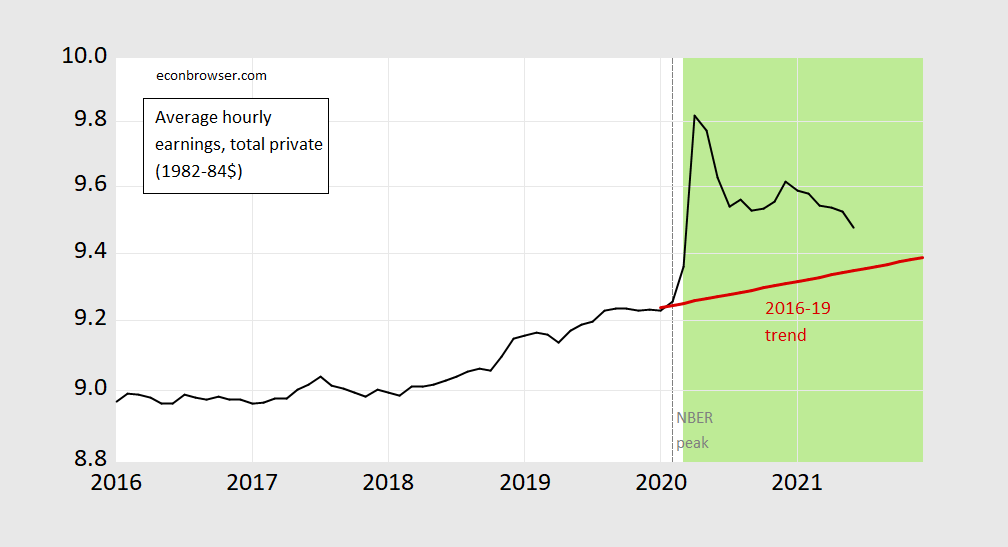 However, once one looks more Looking at front line workers — i.e. excluding nonproduction and supervisory workers, and controls slightly for sectoral composition, one finds a more complicated story. Consider at the extremes manufacturing and accommodation and food services. 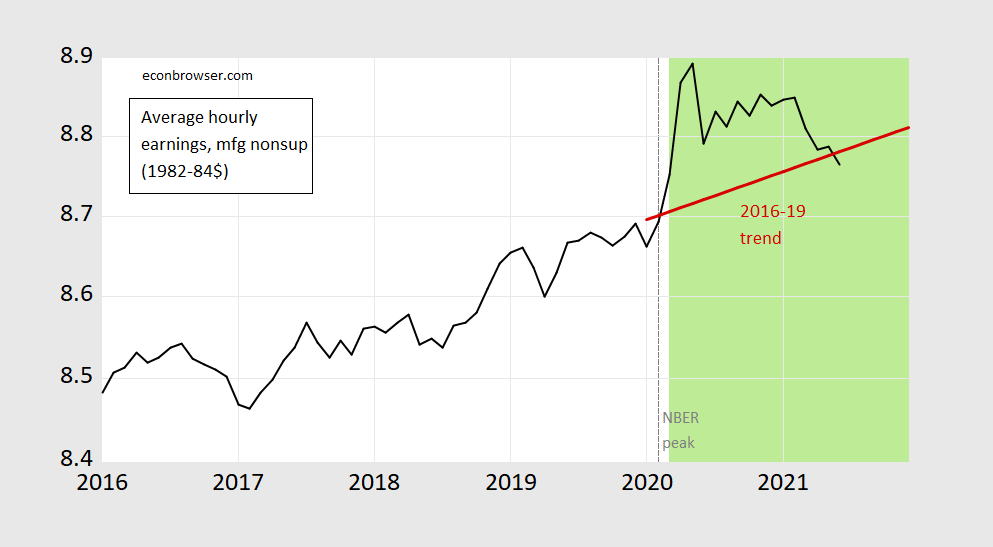 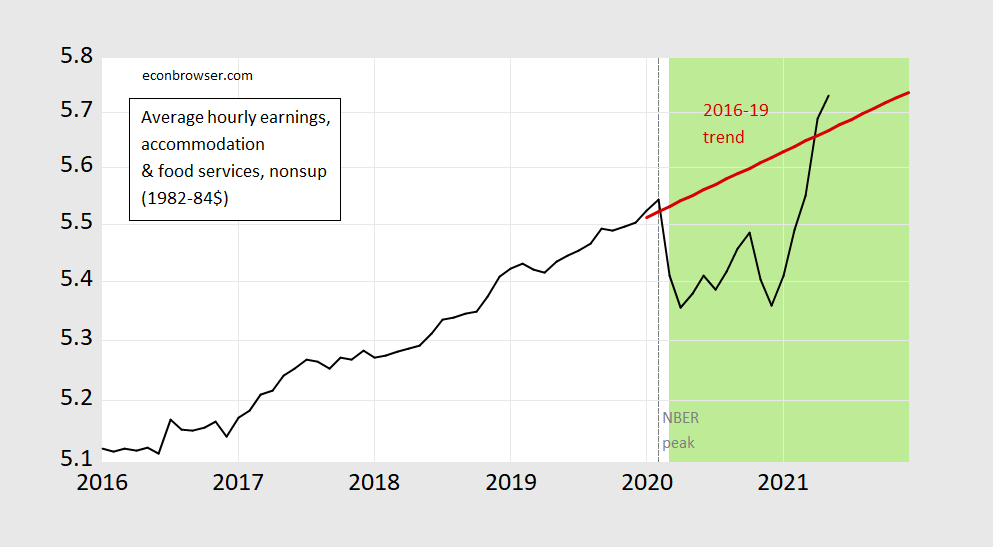 Two months ago, Goldman Sachs published a graph with their composition adjusted (nominal) wage series, which (at the time) suggested slower wage growth than the reported series. 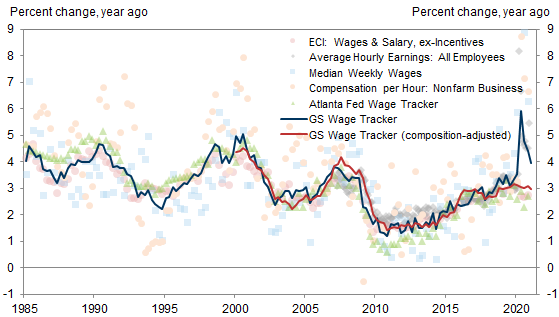 Atlanta Fed has a “wage tracker”, that’s incredibly useful. It’s based on CPS, a different data set than the household or establishment labor market surveys. Here’s hourly wages for hourly, non-hourly, and all workers. 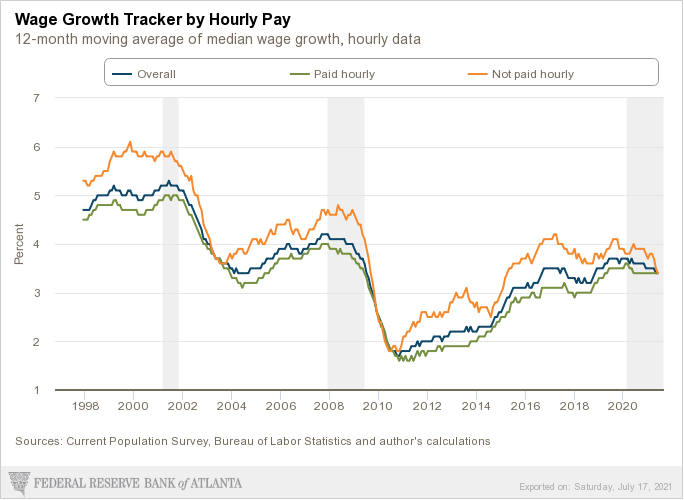 Here’s a comparison of real wages from establishment survey for all workers excluding nonproduction and supervisory (hourly, salaried, etc.), all hourly wages of hourly workers from CPS [blue squares]. 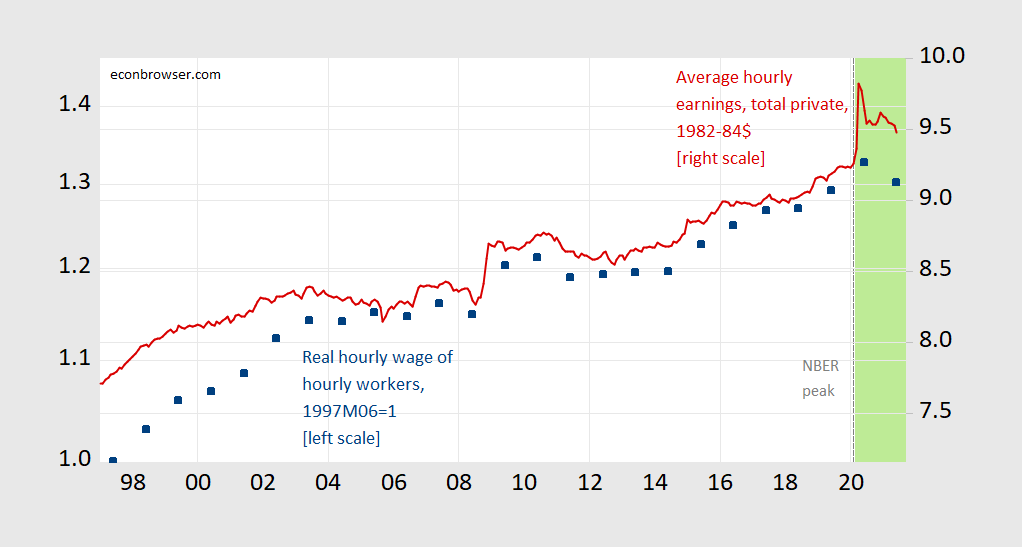 7 thoughts on “Some Trends in Real Wages”