Household forecasts are about 2 percentage points above those of economists. 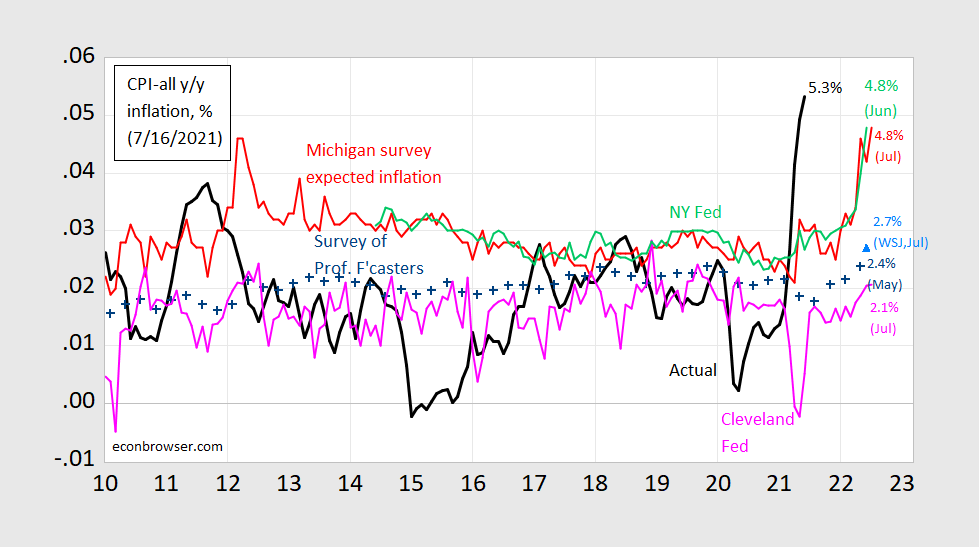 A reminder that — as all expectations of y/y inflation move up — consumer/household based expectations are higher than those from economists and other forecasters, and (as discussed here), upwardly biased.

37 thoughts on “Some 1 Year Ahead Inflation Expectations — Households vs. Economists (again)”