Here’s the CPI against the PPI for final demand, and less discussed PPI for final, finished goods. (For more on yesterday’s CPI, see this post.) 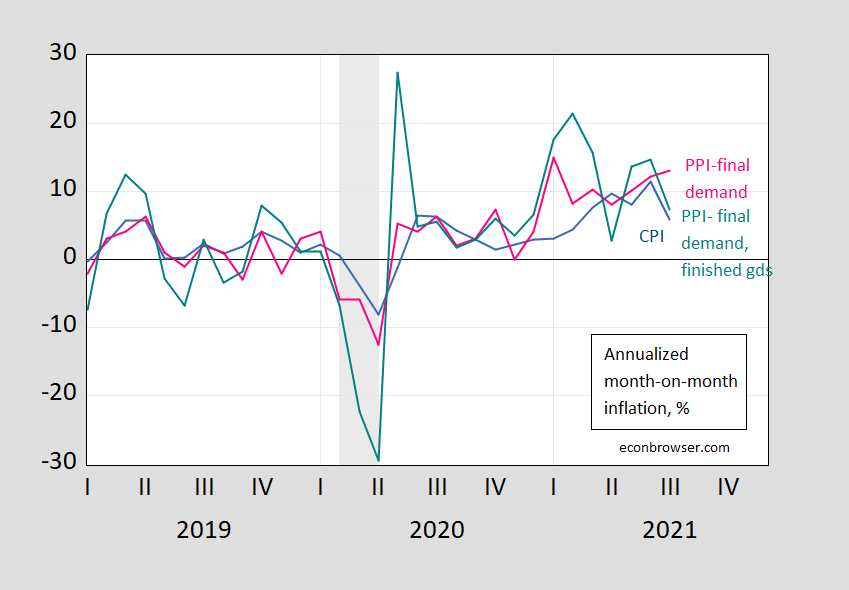 Figure 1: Month-on-month annualized inflation rate for CPI for all urban consumers, goods and services (blue), PPI for all final demand, finished goods (pink),  and PPI for all commodities (teal), all in %. Source: BLS and author’s calculations. 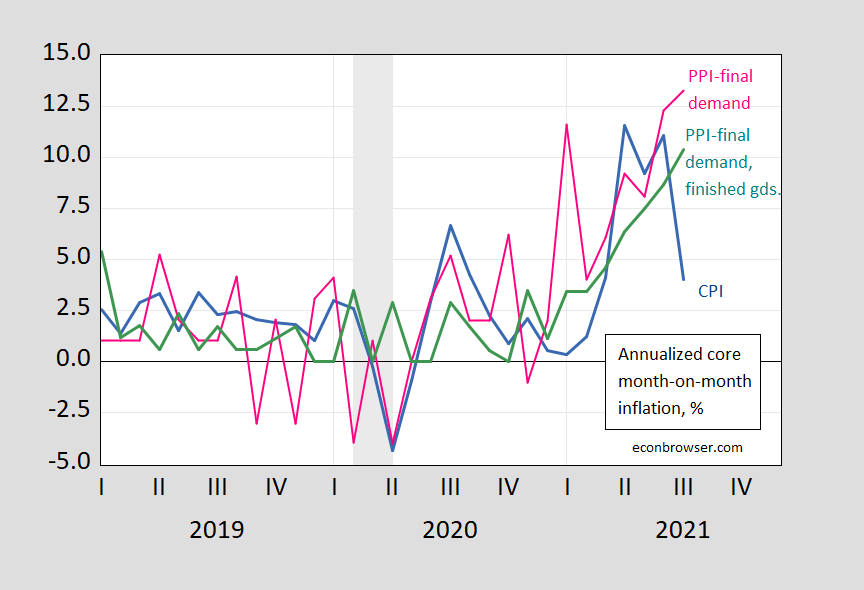 Do PPI’s lead CPI’s in the US? Clark (1995) provides a skeptical view that PPI’s provide additional systematic predictive power.

Some analysts project that recent increases in prices of crude and intermediate goods will pass through the production chain and generate higher consumer price inflation. While simple economics suggests such a pass-through effect may occur, more sophisticated reasoning and careful consideration of the construction of the PPI and CPI data suggest any pass-through effect may be weak. Consistent with this more sophisticated analysis, the empirical evidence also shows the production chain only weakly links consumer prices to producer prices. PPI changes sometimes help predict CPI changes but fail to do so systematically. Therefore, the recent increases in some producer price indexes do not in themselves presage higher CPI inflation.

Caporale et al. (2002) uses a more formal multivariate approach to conclude that for G-7 economies, PPI’s do lead CPI’s. Whether these findings still pertain in the current environment (and using the updated versions of the PPI) remains to be seen. 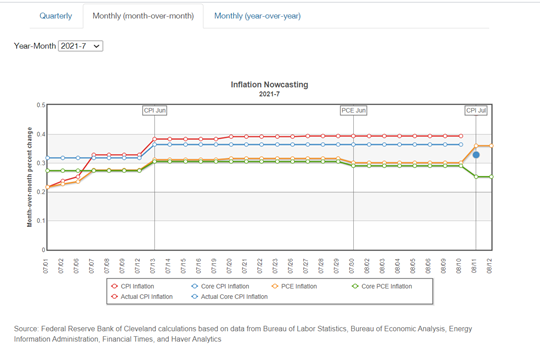 Here’s the reaction from the markets: going from 8/10 close to 8/12 close, the (unadjusted) five year breakeven rose 2 bps. 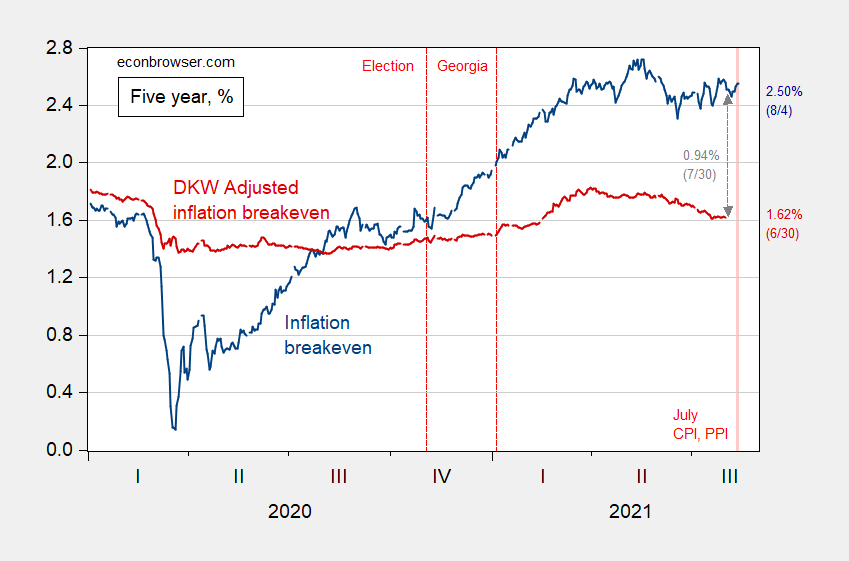 69 thoughts on “PPI and CPI for July”