The CPI release for August numbers is tomorrow. As of today, here are the Cleveland Fed nowcasts for CPI and Core CPI: 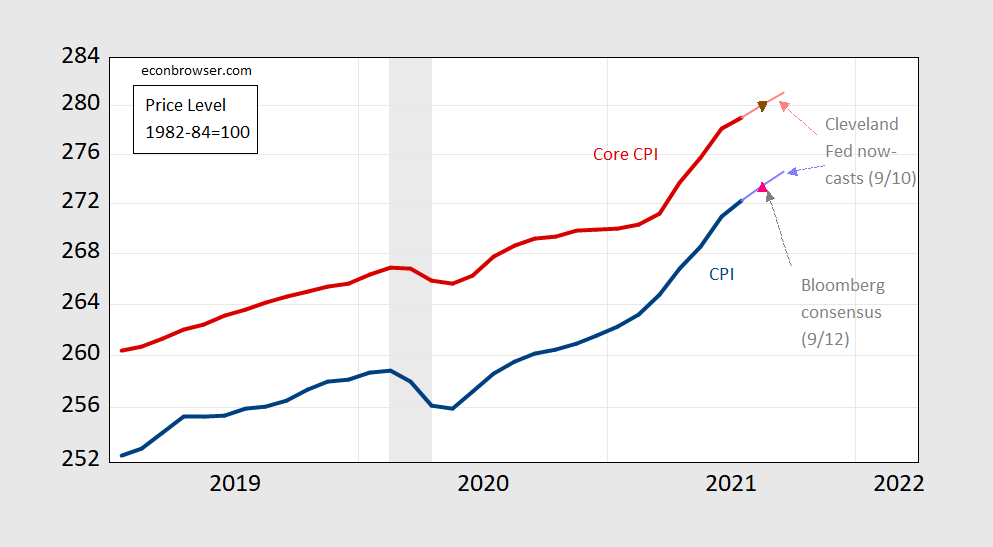 Inflation expectations are rising — but below recent peaks — when using a simple breakeven calculation of Treasury and TIPS five year yields. However, adjusting for estimated inflation and liquidity premia, expected CPI inflation over the next five years remains fairly low at 1.64%.