A CNN headline notes “A key measure of inflation surged to a new 30-year high”, with that key inflation measure being the year-on-year (y/y) personal consumption expenditure (PCE) inflation, very similar to a headline a month ago.  But in any case, by focusing on the y/y rate, they missed the main message In today’s release — that month-on-month (m/m) annualized PCE inflation was down from March peak, from 7% to 4% (and roughly the same as in July). Moreover, the core counterpart was also down from the April peak, from 7.7% to 4.1% (3.6% y/y hitting the Bloomberg consensus on the nose, and a little higher than m/m consensus.)

This personal income and expenditures release rounds out the inflation measures for August, so we have the following: 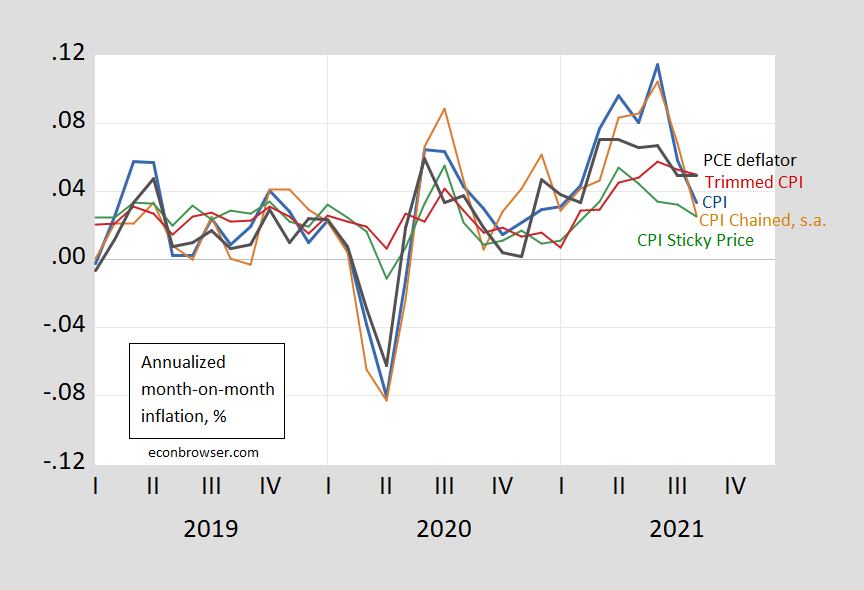 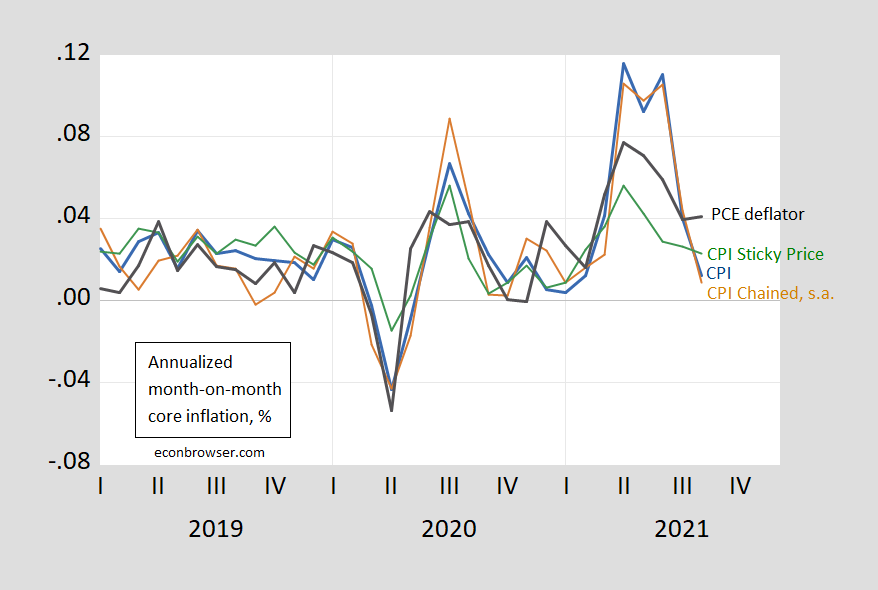 What does the core PCE price level look like relative to forecasts. Figure 3 depicts on a log scale the reported series, and forecasts. 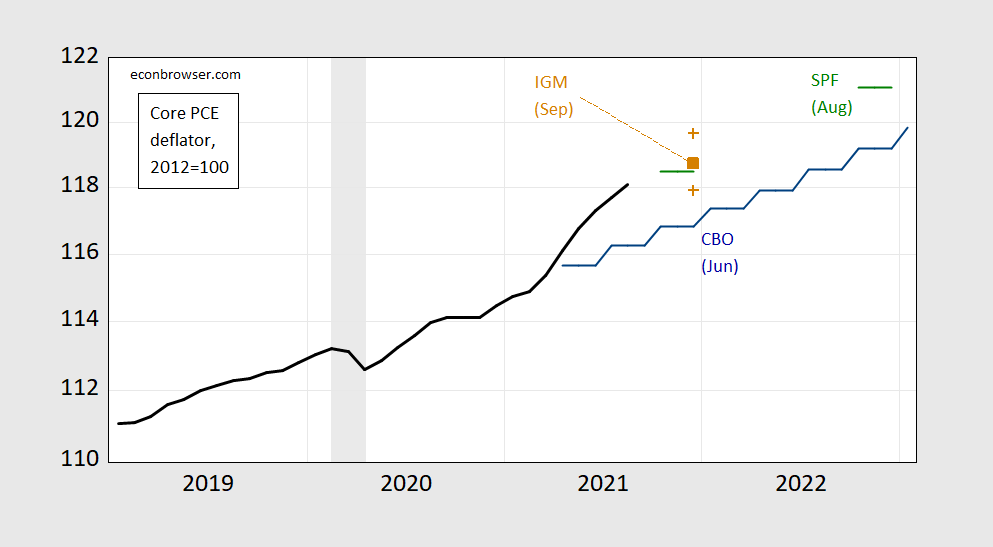 If the core PCE deflator rises at 0.13% m/m (1.6% annualized) for the remainder of the year, then we’ll hit the IGM/FT median survey level.

7 thoughts on “Measured Inflation in August”