ZeroHedge breathlessly announces “Atlanta Fed Says US Economy Suddenly On Verge Of Contraction”. The title is numerically correct, and the article actually provides more context than usual. However, for perspective, I think it’s of interest to see what other organizations are nowcasting. 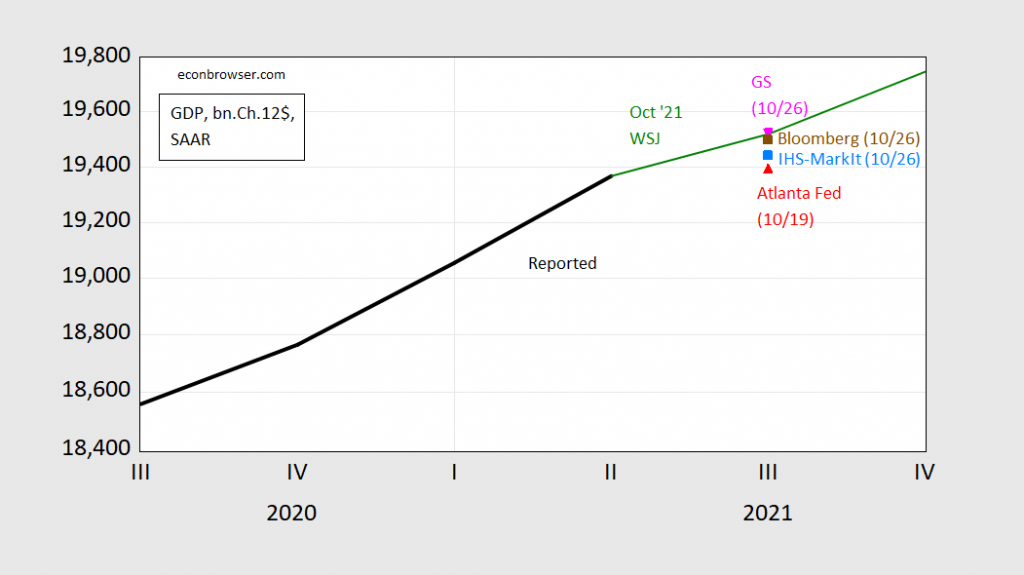 The Bloomberg consensus reported as of today on the website is pretty much at the WSJ survey mean taken in the first week or so of October. As for nowcasts, the Atlanta Fed’s GDPNow estimate is below the IHS-MarkIt (nee Macroeconomic Advisers) nowcast and substantially below the Goldman Sachs tracking estimate. However, the GDPNow nowcast is now a week old, with a new release set for tomorrow.

65 thoughts on “Nowcasts and Nowcasts, on the Eve of the Q3 Release”