Over the next week, you’re going to hear a lot about how high prices are, how much more a turkey dinner cost than a year ago. But when you hear somebody, say the word “hyperinflation”, remember this picture: 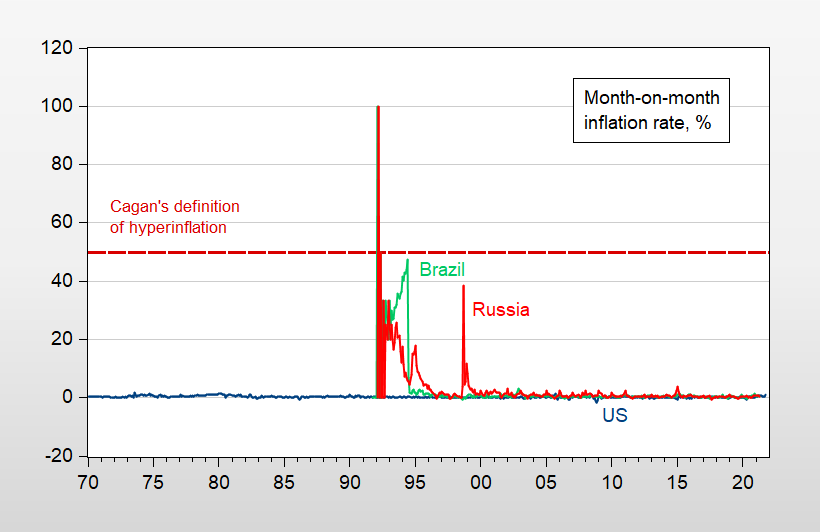 What about the oft-cited example of 1920’s Germany. We don’t have inflation rates measured against a bundle of consumption goods, but we do have a depreciation rate of the Reichsmark against the “gold” mark: