Chained, and particularly Trimmed, and Sticky Price CPI are less than headline. 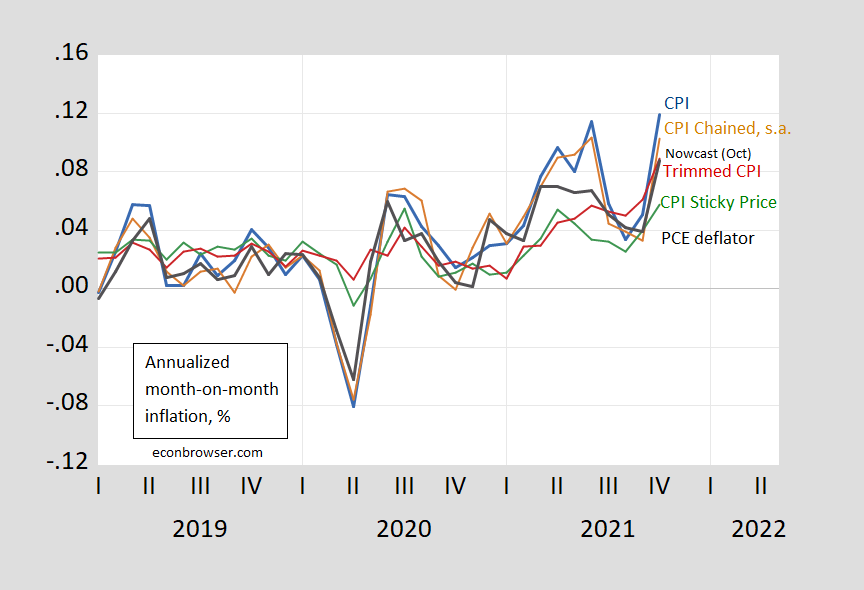 So other measures are lower than headline m/m — but they are all higher than recent highs (but not highs in the 70’s, see this post).