Gasoline prices (all formulations) are now down about 4% since November 8th reading.

What’s the impact on the CPI-all urban? Below I show a mechanical decomposition of the direct impact on the CPI (using log approximations, and the December 2020 weights). Notice that fuel costs embodied in goods prices are not included. 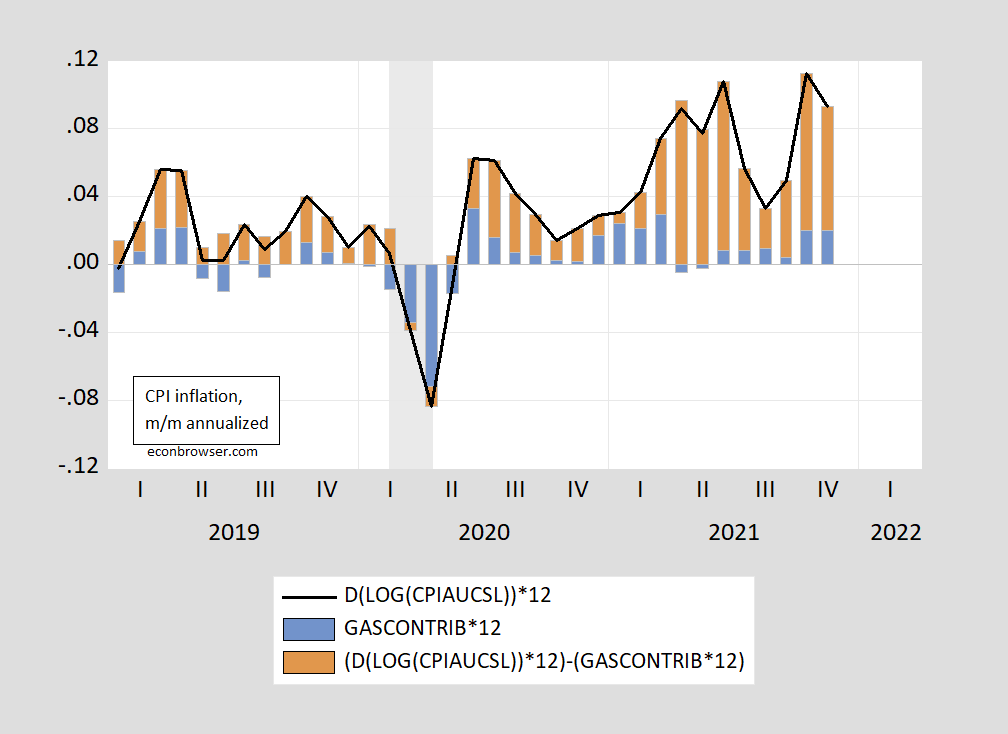