A recent article (N. Brophy, Appleton Post-Crescent) outlined some of the causes and implications of heightened inflation. The article lays out some of Wisconsin-specific effects. The discussion is somewhat constrained since BLS only reports limited region-specific CPI data, and none limited to Wisconsin, so the author makes some inferences linked to housing prices, energy and wage costs. Nonetheless, there are some interesting regional differences.

Here is a comparison of rates, with a zoom into the closest to Wisconsin (East North Central division of the Midwest region (breakdown here). First, year-on-year, second month-on-month annualized, through November. 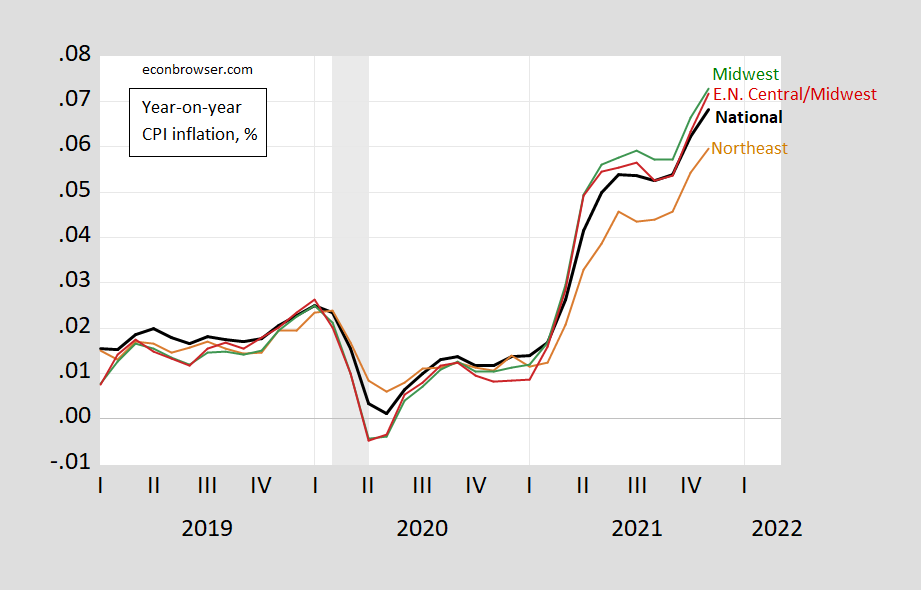 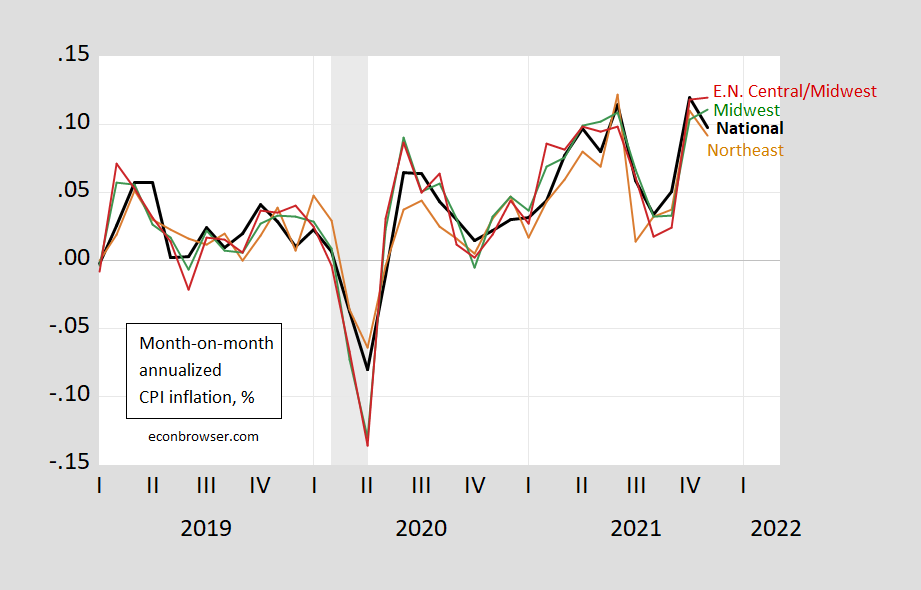 The November WSJ article (by Dougherty and Guilford) notes that the South and Midwest lead in inflation, attributing the differential to motor fuel and grocery prices. For Wisconsin, Brophy notes:

The cost of housing continues to increase as well. In Wisconsin, the median home price is up 7.6% from November 2020, according to the Wisconsin Realtor’s Association.

Natural gas is up about 25% over the last year, and electricity costs are 5% higher.

Here’s a map of inflation differentials, by BLS divisions. 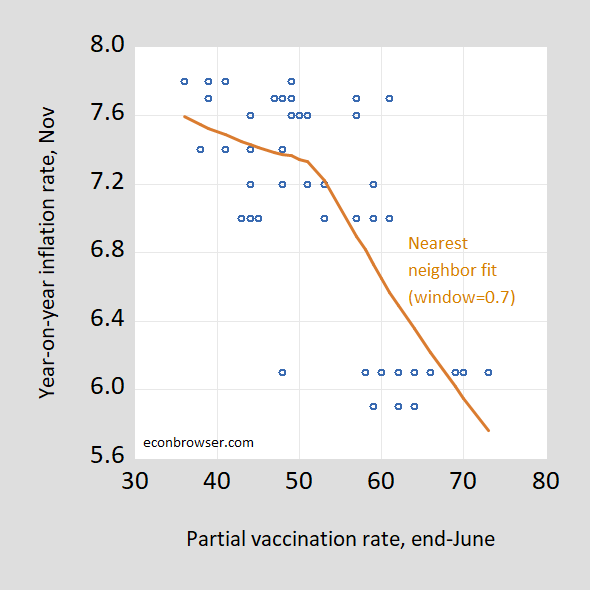 Reader Econned asks for details off the regression results.

For the simple bivariate quantile regression results reported above. 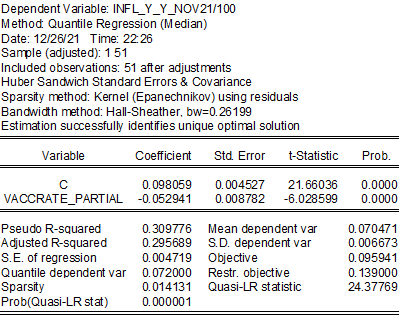 If augmented with some control variables used in some cross-state growth regressions (see this post), one obtains slightly higher adjusted R-squared, and slightly smaller coefficients on the vaccine rate (as of end-June). 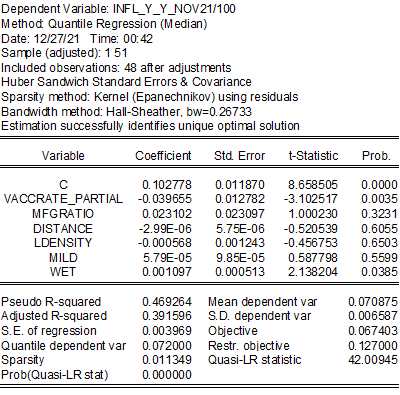 Where the control variables are:

By the way, if I estimate using two-stage least squares the bivariate regression specification, but instrumenting using mfg, ldensity, wet, mild and distance as IV’s, I still obtain a significant negative coefficient on vaccination rates.

(See this post for description of ldensity, wet mild, distance data provided by Professor Neumark, and file of control variables).

If you are wondering if states that voted for Trump in the 2020 election are experiencing higher inflation, then the answer would be yes. 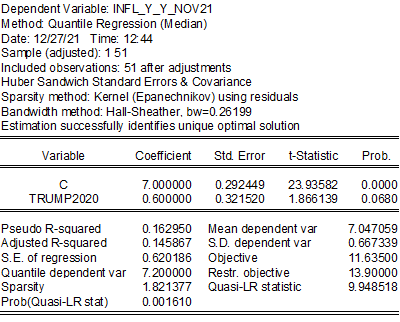 If you are wondering if vaccination rates should be treated as endogenous, the answer is yes, although the rub is in selecting an appropriate instrument. I use a dummy variable, whether the state fought on the side of the Confederacy (so that one could arguably say that variable was predetermined with respect to vaccination rates at least). 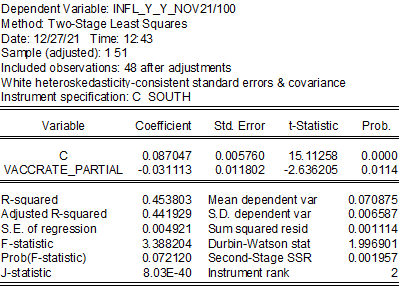