Before and after the November CPI release.

Several surveys and forecasts before the release, for one year ahead horizons. 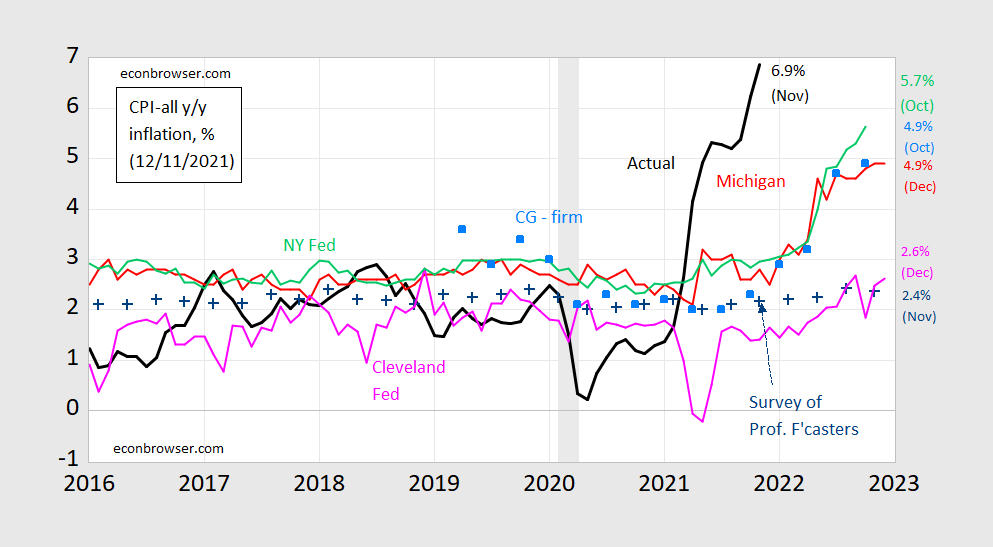 And from the market, after the release on Friday: 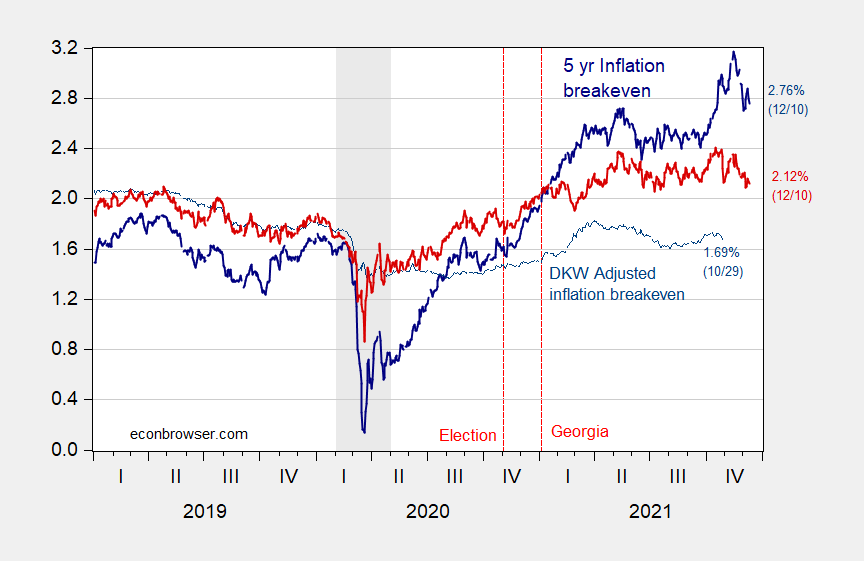