With the release of April employment (428K > 391K Bloomberg consensus), we have the following graph of key indicators noted by NBER BCDC. 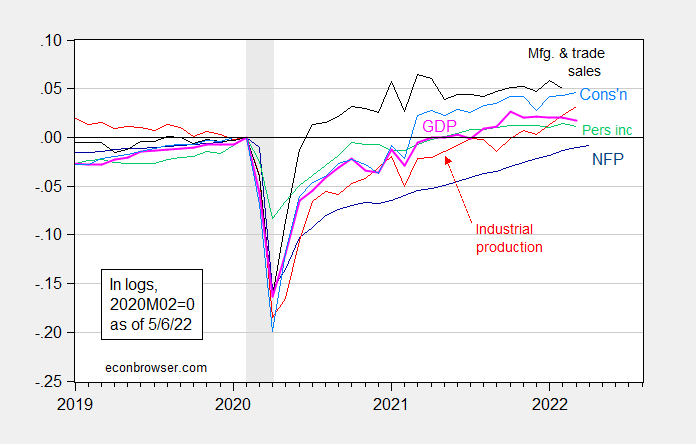 Notice that employment continues trending upward during the first quarter, when negative GDP growth is recorded. This highlights the reasons why recession calls are not made on the basis of GDP alone. 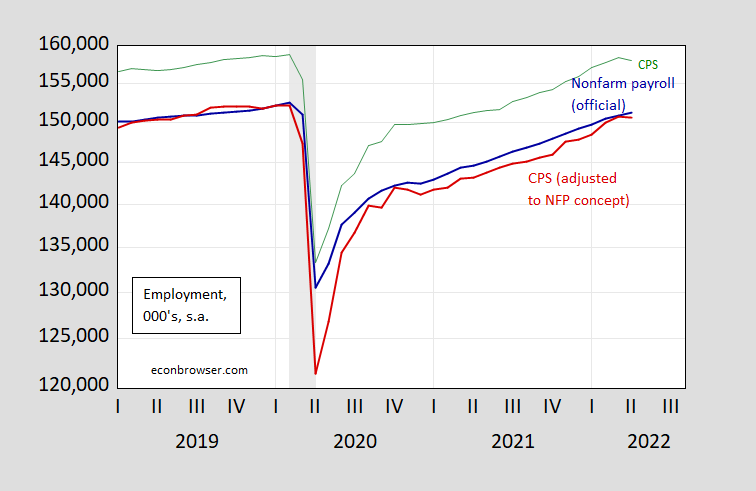 While I place little weight on the household survey for month-to-month employment developments in the aggregate, it is somewhat reassuring that both all three series are moving upward: NFP at 4.2% vs. CES adjusted to NFP concept at 5.9%, both on 3 month change annualized.

Jason Furman has more on the employment release, and its implications. The CEA discusses the data as well.