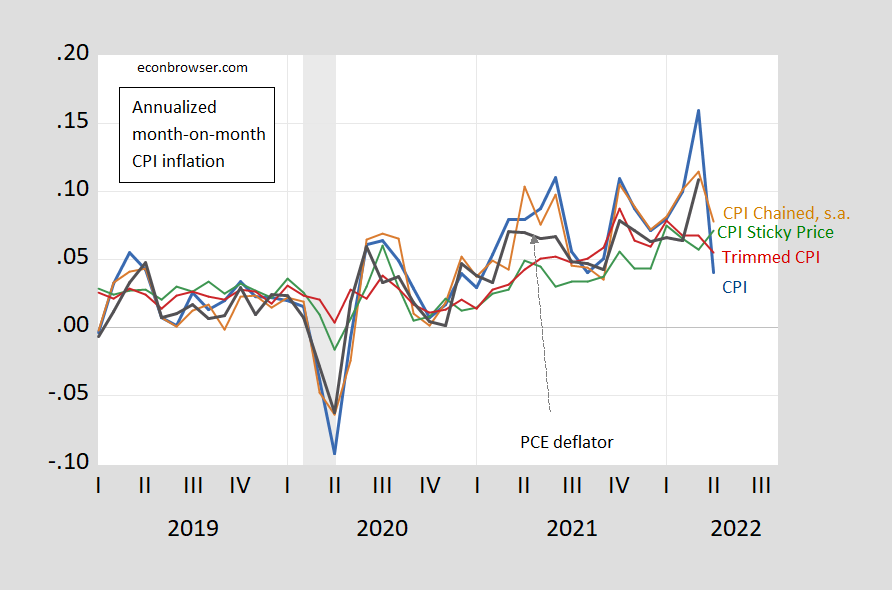 Note that over the past few months, trimmed and sticky price CPI inflation has been less that headline. Trimmed < headline suggests price increases are concentrated in certain categories. Stick < headline suggests flexible prices are doing the bulk of the price changes. 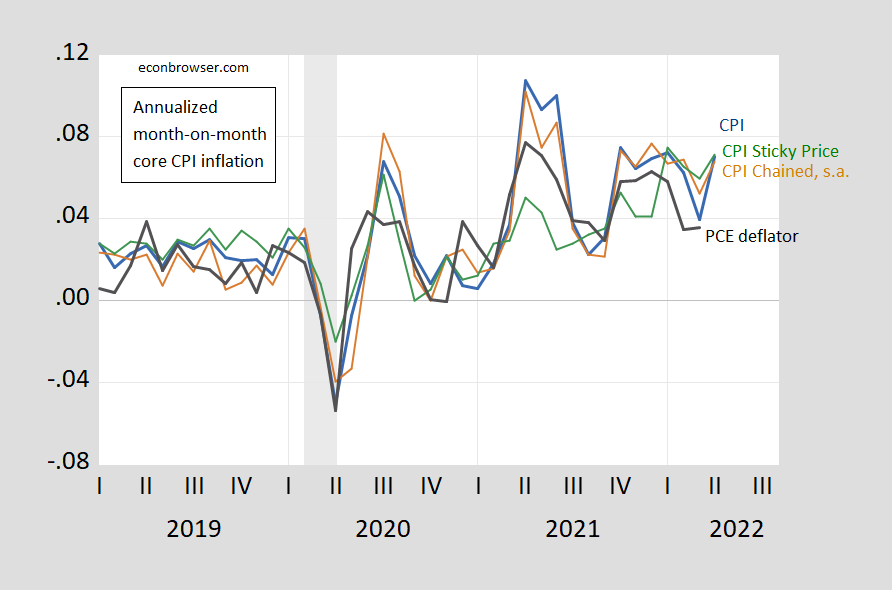 The fact that sticky price core inflation is roughly the same as core inflation suggests that energy and food are the components accounting for a lot of the general price level increases.