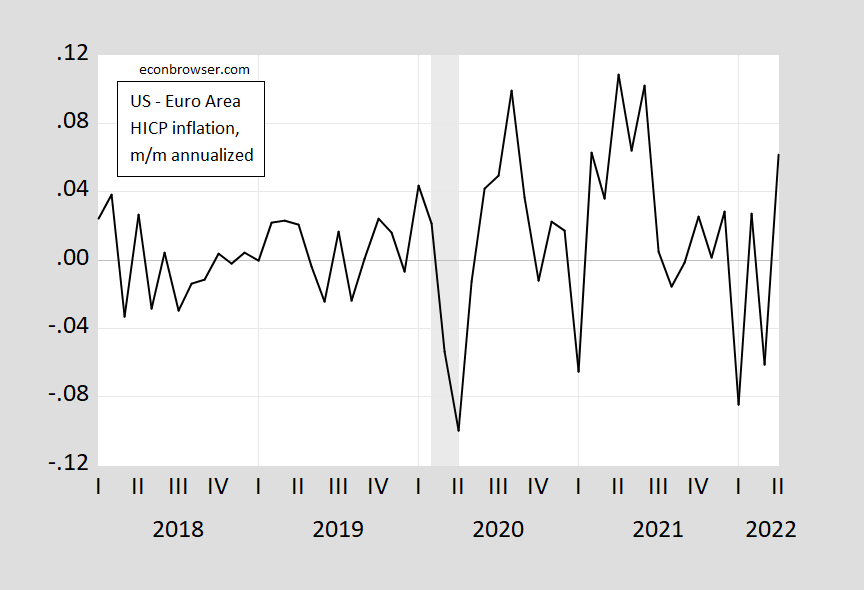 Given the variability in m/m inflation, it’s not surprising that in no case is the measured acceleration statistically significant.

35 thoughts on “How Much Did US Inflation Accelerate Relative to the Euro Area Rate?”