With the release of IHS-Markit monthly GDP, we have the following graph of key indicators noted by NBER BCDC. 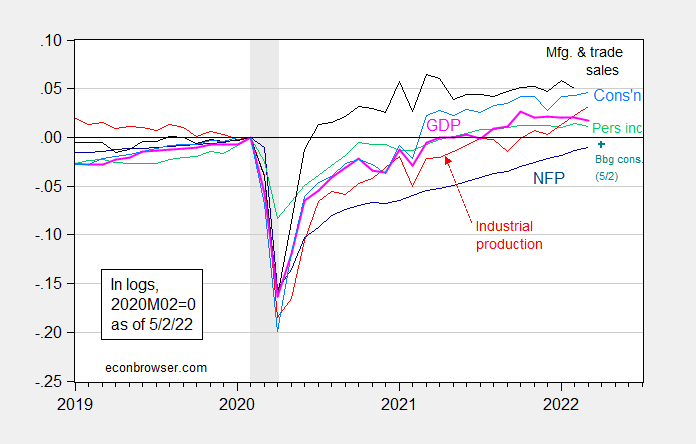 The monthly GDP number is of interest since it provides some insight into the trajectory of overall output, that is down. 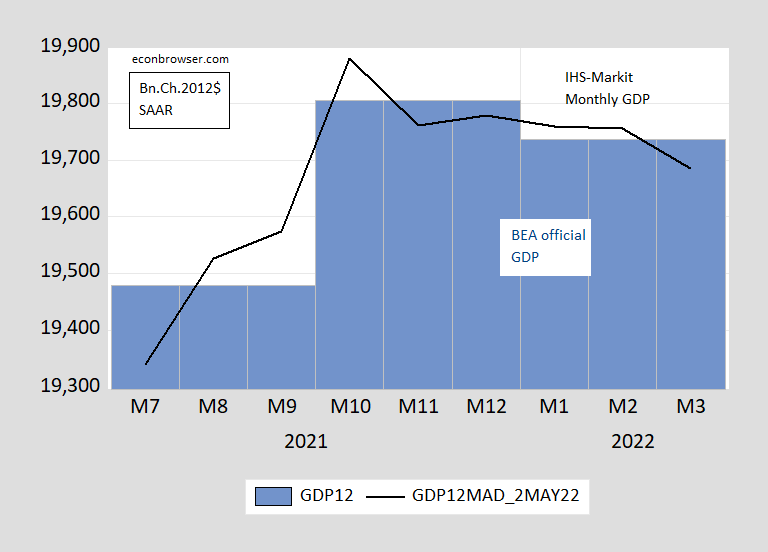 There are several tracking measures of GDP. IHS-Markit (formerly Macroeconomic Advisers) is perhaps one of the longest reported. The Chicago Fed also reports a monthly GDP growth rate (Brave-Butters-Kelley index). Here’re the two series compared for the same period. 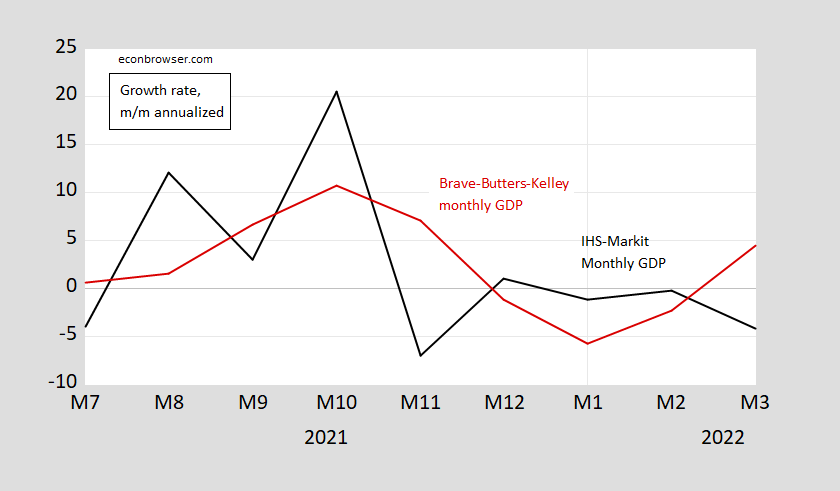 A first reading on the trajectory of the economy in Q2 comes on Friday with the employment release (+400K per Bloomberg consensus).

35 thoughts on “Monthly GDP and Other Business Cycle Indicators”