The cause of a brutal recession in Europe during Q4 2011 – Q1 2013 remains unexplained in policy circles. Or more precisely, the proposed explanation is less than compelling. …  oil prices once again returned to high levels, with Brent regularly in the $100 – 115 range. With this, oil consumption in both the US and Europe began to decline, and such declines in oil consumption due to high prices — normally characterized as an oil shock — invariably leads to recession. … to suggest a Greek financial crisis could cause a recession in Europe is not entirely convincing. Greece’s GDP is all of 2% of that of the EU. It would be like a financial crisis in Indiana taking down the US economy. Conceivable, but it does not jump out at you. 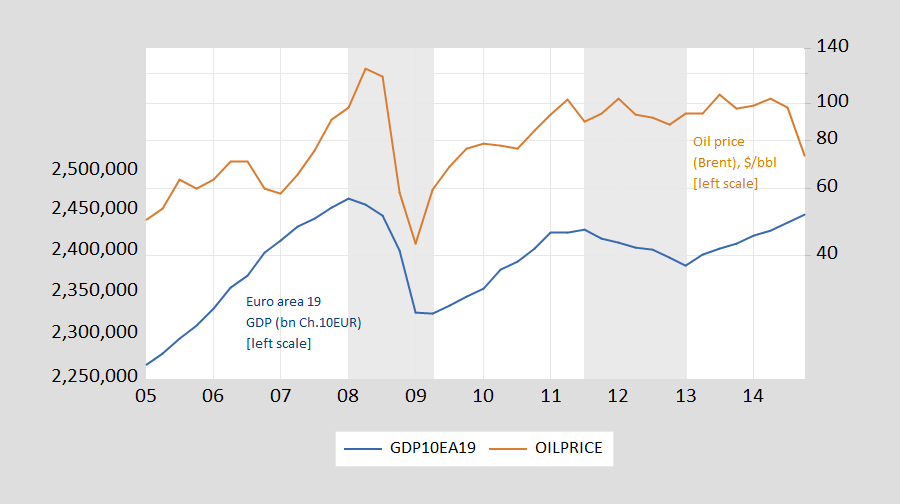 And here’s a picture of sovereign spreads for Spain and Italy (of the GIIPS). Notice, I’m not including Greek spreads. 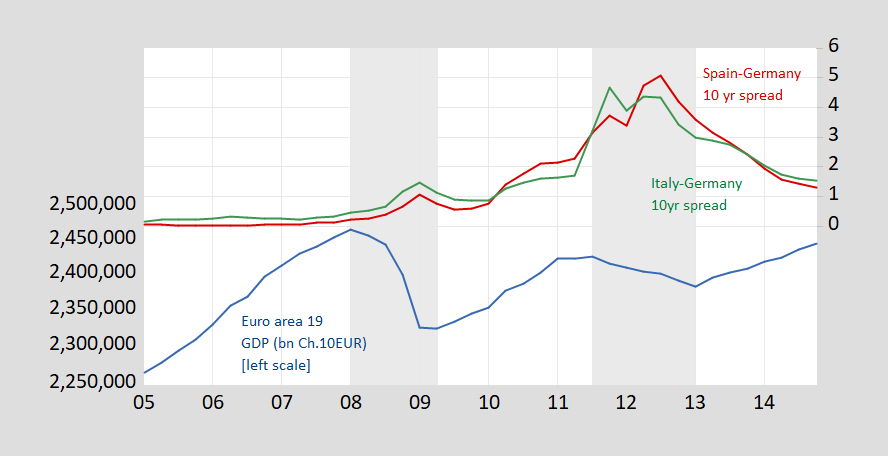 My interpretation of Figure 2: with concerns about debt unsustainability, austerity was forced onto GIIPS, resulting in higher default risk premia, that then made debt sustainability even less plausible. In the end, austerity proved contractionary (there was no expansionary fiscal contraction). Only when the ECB intervened to cap yields did growth resume. Oil does not figure in as a primary factor in any interpretation I’m aware of (save Mr. Koptis’s). In other words, I would say the cause of the 2011-13 Euro area recession is not unexplained in policy circles.