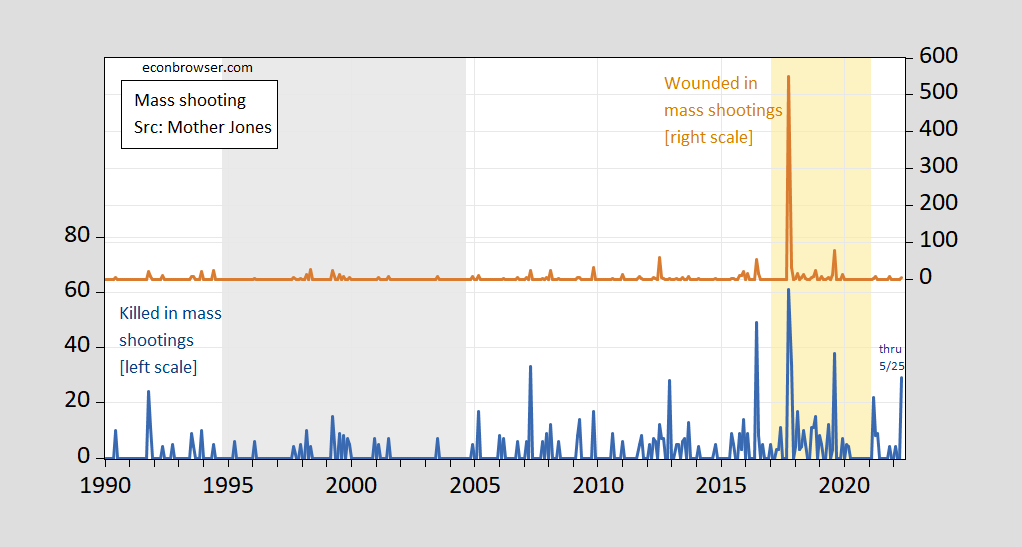 In order to conduct a statistical analysis of these correlations, I construct a “mass shootings casualties” variable, which is the sum of the above two variables. 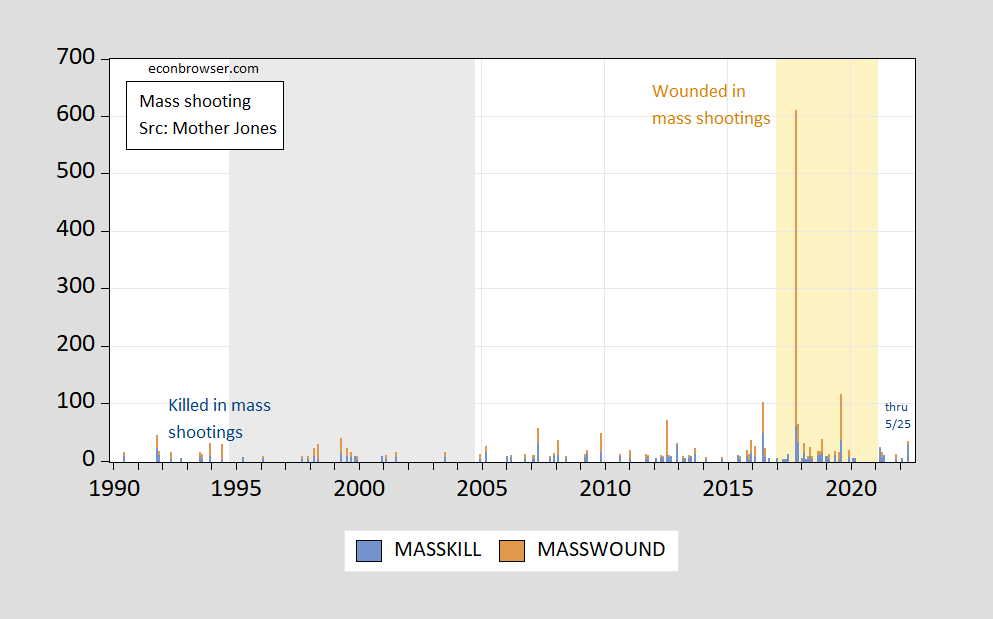 182 thoughts on “Some Time Series Data on Mass Shootings”