Year-on-year, activity still seems to be increasing. Shown below are the Lewis-Mertens-Stock (NY Fed) WEI, and the Woloszko (OECD) Weekly Tracker, and the Baumeister-Leiva-Leon-Sims Weekly Economic Conditions Index for the US, for data up to a week ago (September 10th): 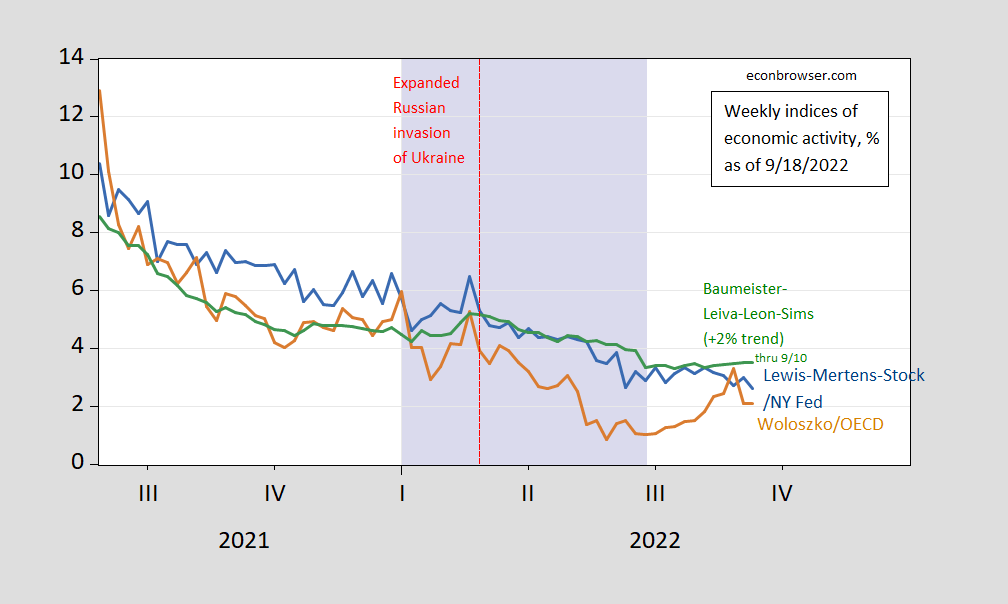 Since these are year-on-year growth rates, it’s possible we were in a recession in H1 as one observer suggested a month ago (the period is highlighted by the lilac shading), but it (still) seems unlikely.