With September IHS-Markit (Macroeconomic Advisers) monthly GDP,  we have the following picture of some key indicators followed by the NBER Business Cycle Dating Committee. 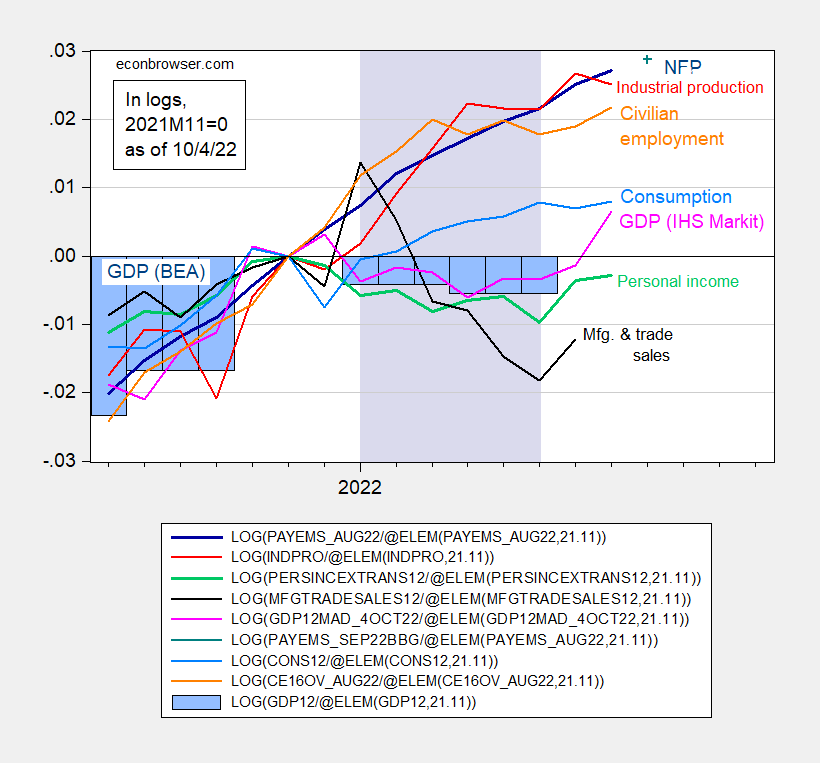 Note that monthly GDP moved up sharply in September. From IHS-Markit:

Monthly GDP rose 0.8% in August following a 0.2% increase in July. The latter was revised lower by 0.2 percentage point. The increase in August was accounted for by large increases in nonfarm inventory investment and net exports. Final sales to domestic purchasers were
essentially flat in August. The sharp gain in inventory investment in August is likely to be reversed in September, as inventories (outside of motor vehicles and parts), by our estimation, were already somewhat overbuilt heading into August GDP and other indicators seem to be at variance; however, if we look at GDO, they seem more consistent. 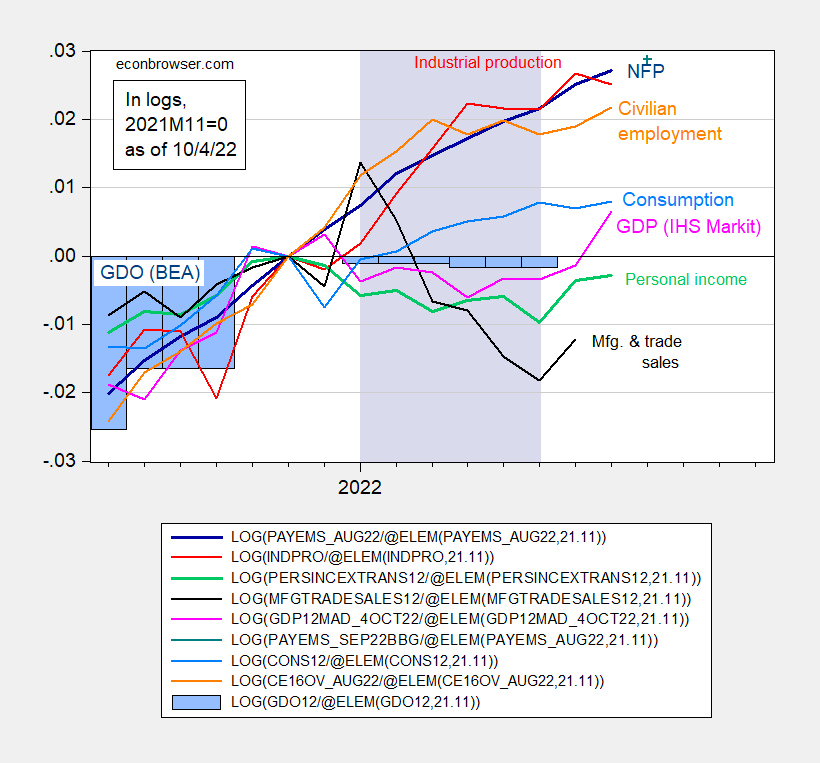 With consumption, employment and production measures rising throughout H1, and GDO trending sideways, it does not seem likely that H1 will be declared a recession, defined as a broad based and persistent decline in economic activity.